Dispose of this thread carefully after opening to avoid mercury contamination. Be grateful for its added lumens!

In movie news, we’ve got sci-fi historical revisionist faux horror-documentary Apollo 18 (as if that genre didn’t have enough entries already), flashback-laden espionage thriller indie darling The Debt (gah, enough with these already!), and I think that’s it.

Netflix’s plan to parcel out its mailing and streaming services may have hit a snag with the surprise announcement that Starz is canceling their partnership. George Lucas re-re-released the original episodes of Star Wars with even more changes, to overwhelming critical disdain. And speaking of revisions of beloved characters, DC kicked off its universal reboot this week, too. 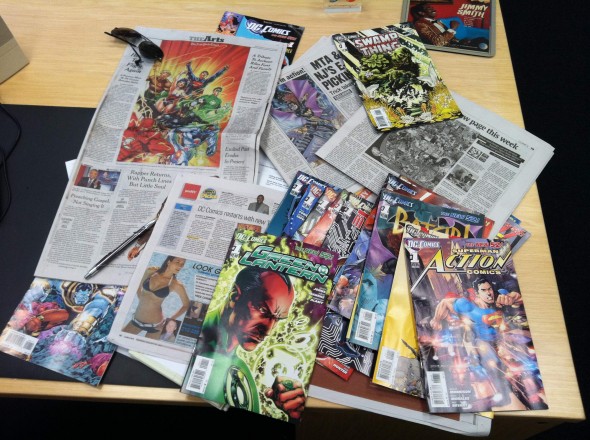 Anything we missed? (Yeah, it’s a very meta week for news; I’ve got nothing clever) Sound off in the comments, for this is your … Open Thread.