You can recycle this Open Thread, provided you remove all staples and original packaging, at most reclamation centers.

First, critics seem to be warming to the remake of the prequel to the sequel, Rise of the Planet of the Apes. We saw our first preview pics of Henry Cavill as Superman, as well as rumors that Laurence Fishburne will play Perry White. 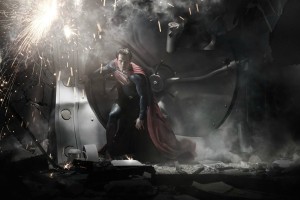 The hype continues to build around the Jay-Z / Kanye West album Watch the Throne. And something’s happening on “The Bachelorette.” Or something happened. Sorry, can’t even bother Googling.

Comment of the Week goes to Brian on What Technology Wants in Battlestar Galactica:

I just rushed through “Straw Dogs” by John Gray in order to comment further on this article and it addresses this point straight on. Gray says that people who object to strong AI consciousness do so because it affronts their human superiority to control it. So, a point against Turkle. Also that AI will develop beyond human capabilities and also a soul or spirit of it’s own, but also develop it’s own illusions and errors that are an inevitable part of self-awareness.

He pretty much says that animism is the cure for this fear- not to stop AI but to accept it, and to drop a lot of other techno-progressive illusions of immortality. He says there’s always going to be war of scarce resources and whatnot. But these utopian ideals based on the faith that technological progress will change human nature for the better are dangerous too, they’re not a cure for human nature, there isn’t one. He mentions that “all science can do is give a new twist to the normal madness.”

He also says that some of science’s gifts are not mixed blessings, like clean water and medicine, so he’s not a Hippie nut job. Just that we can’t keep expecting science to control “fate and chance” or nature. The book was written in 2002 and it seems to line up really well with BSG and Caprica thematically, it wouldn’t surprise me if it served as some inspiration, though it’s not the only way to come about the same ideas.

And there’s more! He keeps going! If you want websites where we get into discussions about AI consciousness in the comments, there’s us and Slashdot. 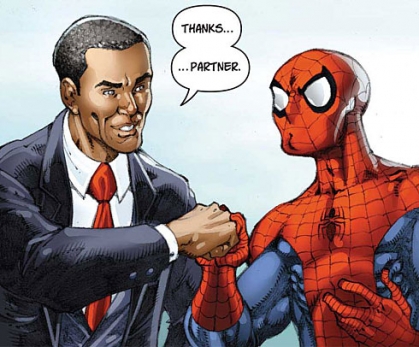 Which fictional avatar of YHWH, super-intelligent ape, rap superstar, reality show bride or world leader would you like to wish a happy birthday to? Or is there something we missed? Sound off in the comments, for this is your … Open Thread.