At the end of Captain America: The First Avenger …

[SPOILER ALERT: technically, the next paragraph spoils the end of Captain America. However, it’s one of the better known parts of the Steve Rogers mythology, about as much of a spoiler as learning that Jon and Martha Kent aren’t really Clark Kent’s parents. Further, it sort of flows as a logical necessity in order to make Captain America a member of The Avengers in 2012, which everyone who’s followed the movie franchise knows he’ll be. So this is a very desultory spoiler alert. Merely due diligence. Ahem.]

… Steve Rogers, a/k/a Captain America, emerges from a frozen coma in the year 2011. Everyone he knew in the past is gone, Nick Fury tells him, including his love interest Peggy Carter.

“Wait a minute,” I thought upon seeing this. “Rogers was frozen for seventy years. Peggy might not be the arm candy she once was, but you could still have a conversation with her. She’d only be …”

And then I stopped. How old would Peggy Carter be in 2011? 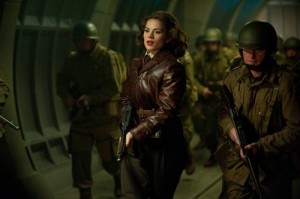 Peggy Carter (played by Hayley Atwell) is a British officer with the Strategic Scientific Reserve. In 1941, most roles for women in the United Kingdom armed services were in an auxiliary corps. She could plausibly have been a member of the Women’s Royal Naval Service (also called “the Wrens”); this would be the most likely place that her talents for science, strategy and close quarters combat would be noticed.

Women could enlist in the Wrens as young as eighteen. Carter certainly doesn’t look eighteen, but she’s young enough to tote an automatic rifle and lead a squadron of commandos into action. So is she mid-twenties? Early thirties? Atwell herself would have been twenty-seven to twenty-eight at the time of filming.

This also raises the question of how old Steve Rogers is. Being a scrawny 95 pounds certainly makes him look younger than he is. He’s clearly fit enough to jog through Europe and pound some Nazi skulls. But he’s not a teenager. So is he fresh out of college? Does he have a day job? How old is the first Avenger?

At about this point I realized: it doesn’t matter exactly how old he is. Both Steve Rogers and Peggy Carter fit into that nebulous realm of “young, attractive adults” who star in most action flicks and romantic comedies. The exact chronology that CA:TFA requires is a fluke. It doesn’t matter whether Captain America is twenty-four or thirty-four. He’s young, hot and shirtless. 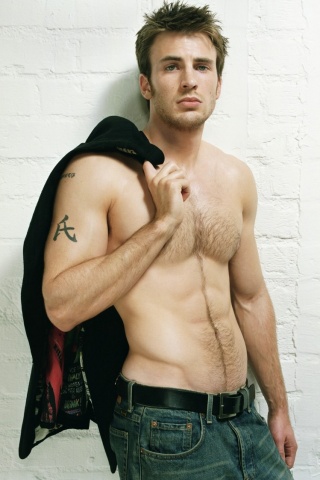 Don't ever say I didn't do nothing for ya.

From here I got to thinking further. Does age really matter in Hollywood? Being young or old matters for the type of roles you get, sure. But no one cares exactly how old you are. Every actor needs to be able to play a range. If James Van Der Beek can play a fifteen-year-old at age twenty (Dawon’s Creek), and Jessica Alba a world-renowned geneticist at twenty-four (Fantastic Four), then age is merely a broad bucket. 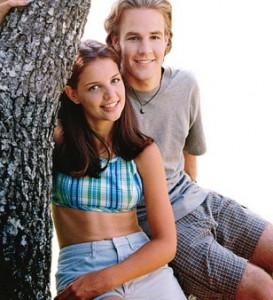 In Hollywood, it doesn’t matter how old you actually are. There are only five ages that matter. 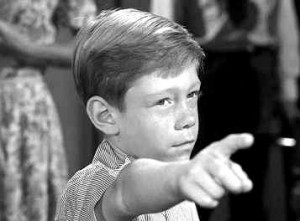 Prior to puberty, every child in Hollywood is annoying. That’s how they get cast. Children in Hollywood need to act out every impulse that comes into their heads. Cute kids need to be cloying; whiny kids need to be shrill. Kids rarely lead a movie, but when they do (see OTI favorite Unaccompanied Minors), they need to be a constant source of aggravation to adults.

2. THE TEENAGER WITH ATTITUDE 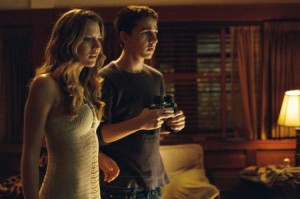 As soon as puberty sets in, all innocence vanishes. The teenager’s job is to impress themselves on the environment. This can be done through budding sexuality, anger at the hypocrisy of suburbia or frustration at being ignored by parents. Regardless, a teenager is never comfortable with their surroundings. Their allies are few, but their energy is limitless. 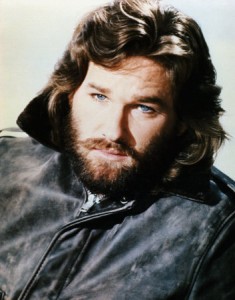 The hot young adult has fewer defining characteristics, besides being hot and young. They may be successful at their job or incompetent. They may have a steady relationship or may bounce from bed to bed. Whatever the case, the hot young adult is never settled. They have yet to enter a comfortable status quo – at least not one so comfortable that it can’t be shaken up by a sudden crisis. Often appears shirtless or without pants. 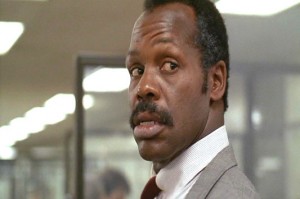 If an actor appears in a film with kids, regardless of their actual lifetime on this Earth, they enter another age bracket. A parent can still be young and they might still be attractive, but their youth and their ability to attract are no longer their defining characteristics. Now their lives are defined in relation to their family. They may still save the world, unite warring tribes and find true love, but they have to get home in time for dinner. They are anchored by other responsibilities. They can’t take off on the heroic journey by themselves. 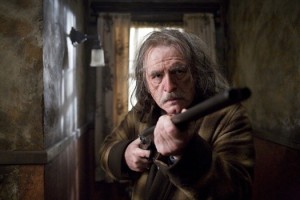 At the far end of the spectrum is the actor in their golden years. They’re no longer expected to run as fast or seduce the viewer. Now, like the teenager once again, their job is to impose their attitude by force. The world is no longer to their liking: full of loud music and loose mores and absent their childhood friends.

When you’re an actor, no one cares how old you actually are. All the producers care about is which of the five ages you fit into. Angelina Jolie has played a sexy action star for over a decade, and Tom Cruise has managed it for nearly twenty-five years. It just takes a certain look and the right kind of agent.

Are there exceptions to this rule? Not really.

Comedy places less emphasis on the “hot young adult” role, but that’s because most comedians are (sorry guys) kind of homely. Every age can still participate in a comedy. You can have bratty kids (Unaccompanied Minors!), teenagers with attitude (Mean Girls), hot young adults (The Hangover), tired parents (Parenthood) or crotchety seniors (Grumpy Old Men).

And if you want to add some instant depth to your movie, just find actors who can plausibly cross over between two buckets! How about a bratty kid on the verge of pouty adolescence (Super 8)? Or a hot young adult who becomes a tired parent (Knocked Up)? Or a crotchety senior who somehow becomes a hot young adult (The Curious Case of Benjamin Button)? BAM – instant critical acclaim. 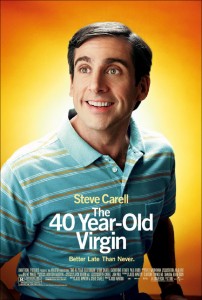 So, get this: he's old enough to be a parent, right? But he doesn't have a family. But - and get this - he's neither hot nor young! I KNOW, RIGHT?

Does Hollywood lose something by clumping ages together? Perhaps. An adult in her twenties has a different outlook on life than an adult in her thirties. She’s likely to tell different stories about herself. A father in his thirties reacts differently to his children than a father in his fifties. And if everyone north of fifty-five is a “senior citizen,” that’s a pretty depressing fate.

But by bracketing ages into quintiles, rather than decades or five-year stretches, Hollywood gives actors more opportunities to work. An actor is no longer limited to their exact age, but can play a range. This gives us the chance to see our favorite stars more often. And since star power is one of the big draws in any major motion picture, that can’t be all bad.

So try casting the actors in the next flick you see in their appropriate age brackets. Once you’ve bracketed every character, see if you can predict how their story turns out. Then brainstorm ways that this actor could break the mold.

And invest in Botox. 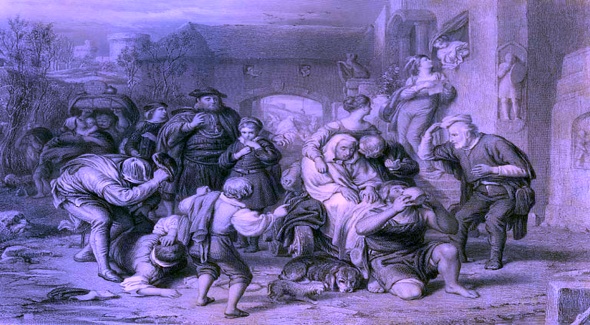 13 Comments on “The Five Ages of Hollywood”