Since Senator John McCain named her as the Republican nominee for Vice-President in August 2008, former Alaska Governor Sarah Palin has become one of the most polarizing figures in America.  The most recent poll shows her disapproval rating at 63% and her favorable rating at 30%.  What those polls don’t show is the fervor with which many of those 30% love Palin.  Though she’s been a private citizen for almost two years, her every move continues to make national headlines and, in spite of that huge disapproval rating, she’s likely to be a major force in the 2012 elections whether or not she runs.

Like many in the 63%, I’ve spent a lot of time trying to figure out the nature of Palin’s appeal.  As I watched the local news reports of her “One Nation” bus tour pulling in to see the Liberty Bell, I figured it out:  Sarah Palin is a hero and she’s on Joseph Campbell’s Hero’s Journey. 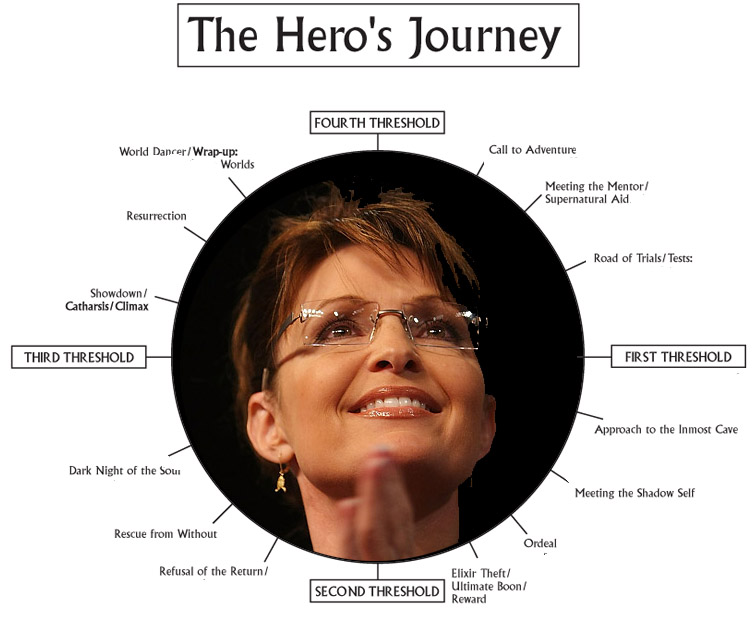 Joseph Campbell outlined the Hero’s Journey as the archetypal story in which a hero leaves the comforts of home for a strange and distant land, discovers him or herself through various trials, loves and the overcoming personal demons; wins a prize; returns home with boons for society; and in most cases, rules that society.  It’s the underlying story of Gilgamesh, Odysseus, King David, Arthur, Jesus, Luke Skywalker, Frodo, Neo and Harry Potter.

The Hero’s Journey allows a mundane audience (us) to sympathize with these larger-than-life characters who often end up with all the money, power and toys.  It’s harder to hate the people with all the toys if you’ve seen where they come from, what they’ve been through, and why they may deserve the good stuff.  This is why it’s harder to hate Bill Gates, who dropped out of college and built Microsoft out of a garage than, say, these people.

Below, we’ll look at Palin’s unfinished progress through the Hero’s Journey, as she walks between the two worlds of entertainment and politics.  The italicized summaries of the steps of the journey come from here.

Stage One: The Departure

The Call to Adventure
The call to adventure is the point in a person’s life when they are first given notice that everything is going to change, whether they know it or not. 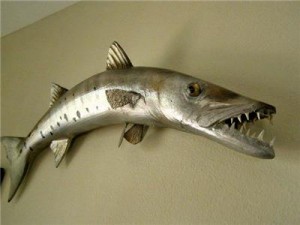 Destined for something special. Or braces.

In 1982, Sarah Heath led her high school basketball to an Alaska State Championship and her competitiveness earned her the nickname “Sarah Barracuda.”    If your friends give you that kind of nickname, you’re destined for something special.

Refusal of the Call
Often when the call is given, the future hero refuses to heed it. This may be from a sense of duty or obligation, fear, insecurity, a sense of inadequacy, or any of a range of reasons that work to hold the person in his or her current circumstances. 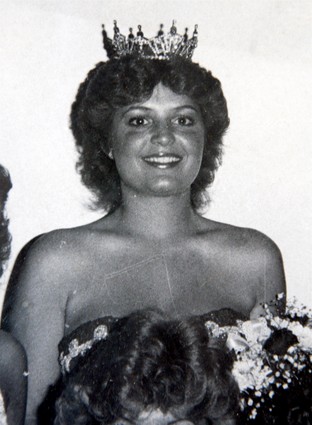 Heavy is the head that wears the tiny, tiny crown.

After winning the Miss Wasilla contest in 1984, Heath placed 3rd in the Miss Alaska pageant. Over the next few years she attended five different colleges in three states, seemingly unwilling to move forward with her career.  She finally graduated in 1987 and had a brief career as a local sportscaster.

Meeting the Mentor/Supernatural Aid
Once the hero has committed to the quest, consciously or unconsciously, his or her guide and magical helper appears, or becomes known.

In 1988, Sarah Heath eloped with Todd Palin and worked with him in commercial fishing.  Though he’s been both a hindrance and a help to her future career, it seems that they are a close pair that works well together.  His outdoorsy, snowmobiling nature became a crucial part of her political persona.  Presumably, he also taught her to snowmobile.

The Crossing of the First Threshold
This is the point where the person actually crosses into the field of adventure, leaving the known limits of his or her world and venturing into an unknown and dangerous realm where the rules and limits are not known.

In 1992, Palin won her first election to City Council in Wasilla.  She gets a total of 413 votes.  She won reelection, then defeated incumbent mayor John Stein in 1996.  As mayor, she fired both the local Museum director and the police chief.  This was her first test of power over others and she starts to push the limits.  Overreaching and firing people became something of a theme.  Palin served two terms as mayor, leaving the office in 2002. 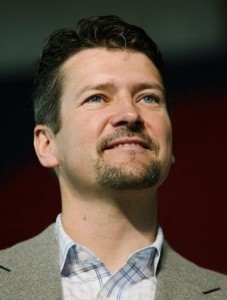 The Supernatural/Mentor Figure. There is a bit of pixie around the eyes.

The Belly of the Whale
The belly of the whale represents the final separation from the hero’s known world and self. It is sometimes described as the person’s lowest point, but it is actually the point when the person is between or transitioning between worlds and selves.  By entering this stage, the person shows their willingness to undergo a metamorphosis, to die to him or herself.

After losing a bid for Lt. Governor in 2002, Palin beat incumbent Governor Frank Murkowski in the Republican primary and was subsequently elected the youngest and the first female Governor of Alaska in 2006.   She may still sleep there at night (and get government travel stipends for doing so), but in a less literal sense, Sarah Palin’s not in Wasilla anymore.

As Governor, Palin entered the national political scene and her worldview shifts significantly.  Despite the view of Russia from her house, Palin had never before left the country.  In 2006, she got a passport and visits US troops in Kuwait and Germany.

Domestically, Palin began to get attention from national political interests as she made a name for herself in the larger debates about drilling in the Arctic National Wildlife Refuge and about the infamous “Bridge to Nowhere.”

On the darker side, Palin fired Public Safety Commissioner Walt Monegan in July, 2008.  Monegan then claimed that Palin and her husband had pressured him to fire State Trooper Mike Wooten. Wooten was also Palin’s ex-brother-in-law, and he and her sister were engaged in a custody fight. It’s like a scene from Cops, except the drunk sister screaming at everybody also happens to be the boss of the responding officers.