In movie news: George Lucas has announced his plans to release the Star Wars saga in 3D, starting with Phantom Menace and continuing through to the good ones. I expect good things out of Lucas, one of the visual arts pioneers of cinema, but if the secret to the Force turns out to be “unobtainium” I will throw up.

Good TV is back! Community, Modern Family and Boardwalk Empire have all kicked off, restoring America’s faith in the boob tube. Sadly, Fox’s Lone Star was canceled, having only drawn twice as many viewers for its pilot as Mad Men does on an average week. Fortunately, Detroit 187 still has feisty cops! 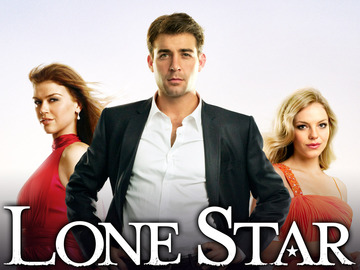 True, he doesn't play by the rules ... but does he piss off his chief? No? NEXT.

The big news this weekend: the opening of the critically acclaimed The Social Network. Wrather already talked about it last week, so what more can I say? We’ll be sure to post our thoughts about it to our Facebook page (SPOILER ALERT: they start a company called Facebook).

Finally, we say goodbye to Tony Curtis, one of the most versatile actors of the 50s and 60s. Funny in Some Like it Hot, passionate in The Defiant Ones and poignant in Spartacus, he compacted a wide range of styles into a thick Brooklyn accent. Rest easy, Tone.

Could a passionate Facebook petition, trust in the Force or a Tony Curtis guest appearance have saved Lone Star from cancellation? Or is there something we missed? Sound off in the comments, for this is your … Open Thread.