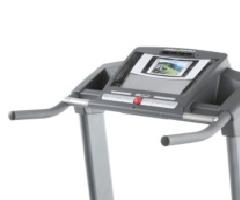 On a recent Overthinking It podcast, it came to my attention that many OTI readers (and even contributors) may not be familiar with the grimy basement storage space of popular culture that is gym treadmill television. That’s a shame, because, as with most grimy basement storage spaces, if you dig around long enough, you might just find a few treasures, and you will find profound oddities.

Determined to share this rag and bone shop of the target heart rate with our readership who are either too serious about running to watch treadmill television, or not nearly serious enough about running to watch treadmill television, I share with you here all the music videos (or all the ones I could find online) that I watched during a recent 40 minute stint on a Boston Sports Club treadmill, with accompanying analysis.

I went with the shadiest and grimiest of the Sports Club music channels – the Dance channel – because anything worth doing is worth doing to techno music. The collage of it takes on a life of its own. When you open your mind to the Dance channel and consider what it is actually showing, coexisting in the same artistic space, presenting an accidental grand narrative fueled by endorphins and dull ankle pain, it’s a sublime, glorious and terrifying experience. Especially when it starts with this:

That’s right, Australia and Austin, Texas EDM fans, that’s Jacinta with her hit, “Can’t Keep a Secret.” Jacinta doesn’t have a Wikipedia page, but she does has a MySpace page, and her own website, www.chunkymusic.com.

More on Jacinta, and the rest of the rabbit hole, after the jump. Make sure to stretch first!

“Notes Toward a Supreme Fiction,” by Wallace Stevens, is a metapoem that sets down goals, values and aspirations for the poetical project — what creative artists are trying to accomplish, but never really will, at least ever for very long. The “Notes” are built around three declarations about this Supreme Fiction — not particularly in this order — “It Must Be Abstract,” “It Must Change,” and “It Must Give Pleasure.” The second declaration means that nothing can be the Supreme Fiction for very long — just as human life is fleeting and the human race and all of nature are fleeting, art is also fleeing, and art that counterfeits toward permanence cannot be the greatest artistic expression of humanity. “Nothing gold can stay,” as Robert Frost said, as he is wont to say — just as smartly but in a lot fewer words.

Why do I bring this up? Because I think, for one glorious moment and not a second longer, “Can’t Keep a Secret” was the greatest music video ever made. I don’t think I have ever seen anything go “YOU GO GIRL” harder in my life.

And then, for every other moment of human existence, it looked like somebody’s mom accidentally blundered into the “Make a Music Video!” booth at Busch Gardens after having one too many at Das Festhaus. 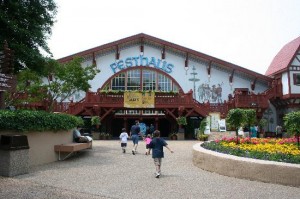 Messagewise, “Can’t Keep a Secret” is very similar to “Shout” by Tears for Fears, joining the rather small but notable subset of synth-backed pop tracks about the therapeutic value of sharing rather than repressing your emotions. Except Jacinta is really really enjoying it. Maybe it’s jus the runner’s high.

2. Mint Royale: “Singing in the Rain”

Immediately you see the scope of the Dance channel – we go from something that you could make in your basement with a bedsheet, chromakey and some poorly fitting outfits to a fairly sophisticated bunch of motion-capture-driven computer animation played by a member of the Fatboy Slim set. The collage is incidential, but if I might apply meaning to it where no existence precedes its essence, it demonstrates how dance, specifically techno dance, is democratizing. The goal of booty-shaking is so all-encompassing that it really doesn’t matter how you get it done or with what tools, as long as you get it done. This is something Hall & Oates wish were true of their music, so they would have stayed on top through the ascendancy of music videos while sounding awesome despite looking ridiculous.

Mint Royale primarily does remixes (and is famous enough to have a Wikipedia page), and the premise of the Singing in the Rain video seems really far removed from the premise of the remix, although I guess he’s stuck in a dirty subway underpass while having an adventure going B-Boy style with a bunch of garbage animated by his imagination or some related presentational phenomenon, showing that he is finding the art and joy in an undesirable situation — Singing in the Rain, as it were.

11 Comments on “Watched on the Treadmill: 40 Minutes of Dance Videos”