New shows this week: a new season of America’s Next Top Model and yet another adaptation of La Femme Nikita, this one titled simply Nikita. Both will feature glamorous ladies, secret missions handed down by eccentric masters and vicious combat. But only one will feature Miss J Alexander. 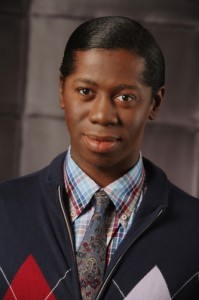 In music news, indie rock icons Interpol released their fourth album, conveniently named “Interpol,” this week. The critical consensus: sounds good, but not as epic as their debut album – though what really is in this age of hype? This was bassist Carlos D’s last album, before he moved on to imitating Crispin Glover at Back to the Future conventions. Matador Records will release Carlos's first solo album, You Are My Density, in spring of 2011.

And the only movie worth talking about this weekend, apparently, is I’m Still Here, Casey Affleck’s documentary on Joaquin Phoenix’s burgeoning rap career and dwindling sanity. An entire army of reviewers have not figured out whether Phoenix is putting one over on the audience or no. But in the age of reality TV and mockumentaries, does it really matter? I’m Still Here sounds like indie culture which deserves a high level of scrutiny, so it doesn’t belong in our wheelhouse. Sorry. 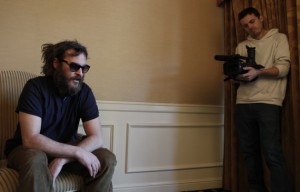 For this to get any more meta, it needs Ben Affleck photographing it while US Weekly paparazzi stalk Ben, in an issue of US Weekly that you're reading. Aloud. To Marshall McLuhan.

Should Joaquin Phoenix’s hip-hop alter ego join Carlos D. as a judge on the debut season of America’s Next Top Hipster Icon? Or is there something we missed? Sound off in the comments, for this is your … open thread.