UPDATE: Greetings, visitors from IMDb and beyond! As several commenters have noted already, the math in here’s a little sketchy. I stick by my salary estimates, but several salient points have already been raised about the judiciousness of investing in an airline. Also: I don’t know what ROAA means. Fortunately, the beauty of blogs vs. print is that folks can wander in and point out where I strayed. Sound off in the comments and check out our less spurious Inception posts.

Inception takes place in the glossy but seedy world of corporate espionage. Most heist movies (like the recently released Takers, the Michael Mann classic Heat or grittier movies like Dog Day Afternoon) feature a team of criminals who are in it for themselves. They take down big scores to line their pockets. Their gain is someone else’s loss. And while the fictional criminals of Leverage and Burn Notice may target crooked corporations instead of banks, they’re still calling their own shots.

Inception is one of a few heist movies where the thieves aren’t freelancers – they’re contractors. They’re hired on by one corporation to rob from another. Saito hires Cobb to break up Fischer’s company. So that raises the question: is this a profitable investment for Saito? Just how much does an inception cost? 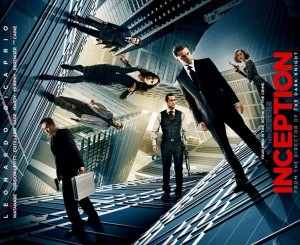 Cobb is the operative in charge of extracting the actual information from the target’s brain: the secret formula from Saito’s subconscious, or (later in the movie) reaching the point of inception. He has to survey the grounds of the subject’s dream, interrogate them without giving away his motives and acquire the goods. The closest legitimate profession to his is that of a private investigator.

Arthur’s job is to stay on the scene, keeping an eye out for trouble and intervening. He has to keep everyone on schedule and cover things that the others miss. While the extractor focuses, looking for a target, the point man has to look out for the big picture. The closest professional equivalent is a senior project manager.

Ariadne is responsible for designing the layout of a dream. Her job is to give it verisimilitude without connecting it too strongly to a real place. Invest a dream with too much reality and its your subconscious that drives it, not the mark’s. Ariadne might have been an entry-level architect had she taken a legitimate career. As it is, now she gets to play in virtual space.

Eames, the forger, guides the mark in by posing as a familiar face. This requires the ability to study someone intently, adopt their mannerisms and fool someone who knows them. Given the fact that Eames not only has to study his target, but communicate what he learns to his team as well, he’s closer to a drama coach than anything else.

Yusuf, the chemist, makes the extraction possible. He concocts the sedatives that keep the mark under and heighten their sensory experience. The ability to accurately judge the chemical dosages required to sedate someone without killing them takes a lot of study. Yusuf would probably draw the salary of a pharmacist if he had a real world job. 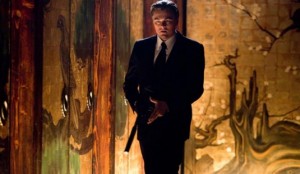 “Hold on,” you’re asking. “Cobb’s in charge and he’s making the least money?” That may offend our Western sensibilities, but there’s nothing that says the layout of Cobb’s team is the default. Maybe on rival teams, the architect calls all the shots. The movie certainly implies that. It’s established that Cobb used to be an architect, but his continued obsession with Mal put the rest of his team at risk. So now he’s a grunt, padding it out on the front lines. The rest of the team still defers to him because he was in charge for so long.

So an extraction – and, in turn, an inception – costs $350,000. But, to quote another Christopher Nolan movie, is it worth the cost?

41 Comments on “How Much Does an Inception Cost?”