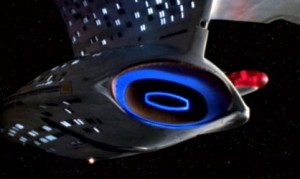 The source of most Star Trek solutions, the deus ex machina dish.

Babylon 5 creator J Michael Straczynski has a piece of trivia he likes to repeat in interviews:

There was a bulletin board at NASA that for many years had a big sign on it that said, “Never apply a Star Trek solution to a Babylon 5 problem.”

I’m not sure if the story is true, but I love the maxim. For those of you who don’t speak geek, this basically means, “Don’t use a simple solution for a complex problem.”

Star Trek episodes were mostly self-contained, and the problems usually forgotten by the time they set course for the next star system. Babylon 5 was heavily serialized, with story arcs unfolding over the course of years. 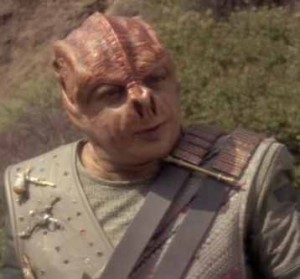 I have this idea to write some Darmok fan fiction, dramatizing the stories that the Tamarians mention in the most basic way. "It was another beautiful morning in Shaka. Little did the people know, it was to be their last..."

The metaphor actually reminds me of the classic Next Generation episode, “Darmok.” This is the one with the Tamarians, a race which communicates only through metaphors. A Tamarian wouldn’t say, “That girl totally rejected me.” He’d say, “Shaka, when the walls fell,” and his friends would instantly understand and buy him a beer.

(OTI Aside: But if the Tamarians ONLY speak in metaphor, how did they tell the story of Shaka in the first place? I guess with more metaphors?)

To someone outside the culture, like Picard, Tamarian speech is completely incomprehensible. But if you grew up hearing those stories over and over again, mentioning Shaka invokes a flood of associations and emotions. Similarly, someone who’s not a sci-fi geek won’t know what a Star Trek solution is, but people who know the show will smile and nod.

But it’s not just about coding your speech for the sake of tribalism. Using pop culture as shorthand allows you to express a complicated idea with relatively few words. A true “Star Trek solution” is more than just a simple fix. It’s a simple fix using unrealistically convenient technology. Remember all those times the Enterprise used the deflector shield to emit tachyon pulses, recalibrated the phasers to match the frequency of the sub-space distortion, or did God knows what with the tractor beam? No matter how impossible the problem, it was always resolved in a few keystrokes. (I’m basically referring to TNG here. On the original series, most problems were resolved via jump kicks and/or inter-species lovemaking.)

Similarly, Babylon 5 problems are not merely complex. They are problems that require negotiation, politics, and diplomacy. A deflector shield isn’t going to help you in Babylon 5. What you really need is a nice dark back room to cut a deal in. 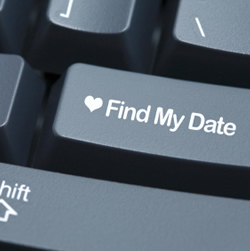 To me, a great real-world example of a Star Trek solution to a Babylon 5 problem is online dating. Falling in love is supposed to be a combination of serendipity, lots of blind alleys, and a slow courtship. It might take years, or a lifetime. But a site like Match.com promises to make it easy: just give it some personal information and you’ll be emailing your soulmate in no time. Online dating takes a tremendous interpersonal challenge and offers a technical fix. Commander Data would approve.

A lot of real world situations can be described via Star Trek and Babylon 5. But I also find it useful to invoke another sci-fi touchstone: Star Wars. A Star Wars problem is that you are at war with a much larger, much more powerful force that CANNOT be negotiated with. A Star Wars solution is to attack the problem head-on. 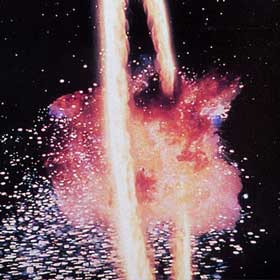 Example 1: “The president is naïve to pursue diplomacy with North Korea. That’s a Babylon 5 solution to a Star Wars problem.”

Example 2: “If you take my red stapler, I will light the building on fire. That is my Star Wars solution to a Babylon 5 problem.”

I have a theory that all problems have a Star Trek solution, a Babylon 5 solution, and a Star Wars solution. For instance, let’s say you can’t pay your rent. The Star Trek solution is to try some desperate get-rich-quick scheme to make the money overnight. The Babylon 5 solution is negotiate a lower rent with your landlord. The Star Wars solution is to burn down your landlord’s house, preferably by throwing a Molotov cocktail through a tiny exhaust port.

To take a pop culture example, there’s Jay-Z getting pulled over by the cops in his song “99 Problems.” The Star Trek solution is to get a radar detector, thus allowing you to avoid the cops in the first place. The Babylon 5 solution is to talk your way out of the ticket, and if that fails, to fight it in court. The Star Wars solution is to lead the cops on a high speed chase, and inadvertently park your car inside a giant worm. 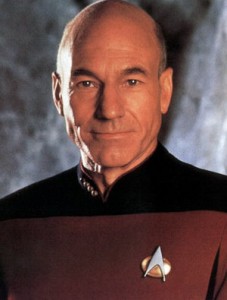 Seeing five lights would be a 24 solution to a Star Trek problem. Think about it.

So here’s my question: what other TV shows, sci-fi or otherwise, have stereotypical problems and solutions we can use for metaphors? Not all of them work well. I wanted to use “Quantum Leap problem” to refer to a situation where you’re forced to obey strict rules you don’t understand. But nobody would understand that was the aspect of Quantum Leap I was going for. To most people, a “Quantum Leap problem” would mean getting lost in time, or stuck in someone else’s body.

There are also shows with clear “solutions,” but no clear “problems.” For instance, we all know what a MacGuyver solution is. (It’s basically a non-electrical version of the Star Trek solution.) But what is a MacGuyver problem? It’s not formulaic enough to make a good metaphor. Similarly, a Sliders solution would be to lie low until you can run away from the problem. A Sliders problem is harder to define.

Offer your suggestions for pop culture-based metaphors in the comments. You can also try to put them into practice. For example: “Bones is nothing but Star Trek solutions to Law & Order problems.”