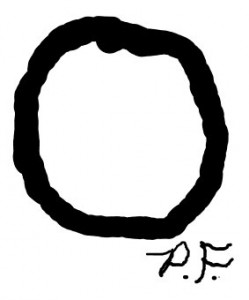 Were topologically equivalent to this: 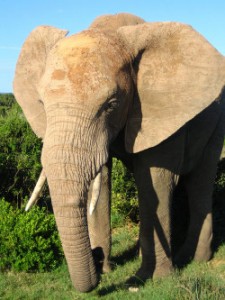 I stole this from Google Image Search!

That burst of mathematical imagination has given rise to “Silly Bandz:” elastic bracelets, that, when stretched, assume roughly circular shape, but when relaxed, return to the shapes of animals, drum sets, dollar signs – anything sufficiently iconic that it can be represented by kinks and bends in a silicone loop of wrist-like perimeter.

Silly Bandz are a big fad right now; the target audience is children up to about age 15, but they’ve caught on with the older set, too; you’re likely to see at least one in an average large group of 20-25 year old women.

For the basics, let’s turn to the CBS21 Cumberland County Mobile Newsroom, the hardest-hitting journalistic unit in Central Pennsylvania, digging up the gritty goings-on at the Hallmark Store in the Camp Hill Mall:

As is customary, OTI will pick up where the Cumberland County Mobile Newsroom leaves off – they  tell you the what, the who, then when, and the where of Silly Bandz; we’ll handle the “why.” Why are silly bands popular? Why are they so exciting? And what does “topologically equivalent” mean? I’ll answer the first questions and do my best with the last, after the jump –

A Tiny Bit on Topology

Topology is an advanced branch of mathematics of which I have a slightly above-Wikipedia-level of knowledge, because I’ve played some topology-based cell phone games.

I’m not talking about topography – little rings on fancy maps to show you where mountains are and stuff. Topology is the study of shapes independent of their size or distortions created by stretching or twisting. If you have a bunch of points with paths between them, and the length and direction of the paths matter less than what points they connect or whether they cross, that’s probably a situation that calls for at least some basic topology.

Think of the parts of shapes that don’t change when distances or sizes change. For example, take a highway cloverleaf. If one of the loops in a cloverleaf is bigger than the others, it doesn’t change the cloverleaf’s design or function — the important thing is that the cars enter and exit in certain places and that the key lane changes lead to one another in certain ways.

As is so often the case when a faint reflection of an inspiring scientific subject matter leads to an idea in the humanities (such as the nonsense that related relativity in physics with relativity in morals, which is a trick of semantics and little more), topology lends an interesting point of interpretation to Silly Bandz.

When an object with semantic weight is distorted, what remains of its meaning? Are there qualities of meaning, which, like qualities of shape, are preserved when the image itself is transformed?

We don’t have to look far for examples of artists considering this question: 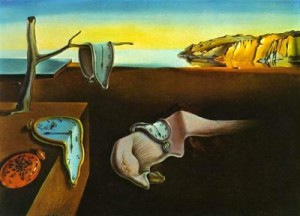 But what if we up the ante? 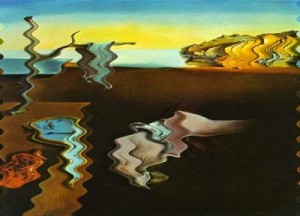 And what if we push the envelope on top of the ante, which has already been upped? 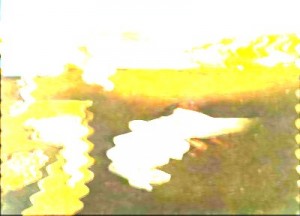 And what if we add a lens flare, because this is the Internet and such things are obligatory? 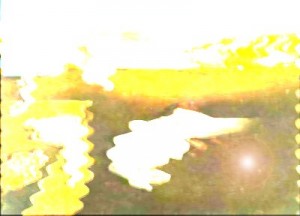 Are those still clocks? Do they still tell time?

At this point, we’ve definitely ventured into social art, where the context of you and I talking about this piece and interacting with it has become essential to the way we’re trying to understand it.

On one hand, we’ve effed up Mr. Dali’s fine painting beyond recognition and ruined it, but on the other hand, because the process was part of the experience of the art, we know what it was, and that information isn’t entirely lost. It has just become more secret, more privileged information than it used to be.

Getting the Bandz Back Together

This is how Silly Bandz work — people who have seen the Silly Bandz in their relaxed, iconic state, have information that is not apparent to others when the bands are in their ovoid, bracelety shape. This asymmetry creates gaps in understanding and context which are fun to be part of and relevant to the interest of contemporary social life. It’s cool to be “in the know” — and “kids today” (as it were) are engaged in an endless game of nigh-Freudian retention and expulsion of information with each other all the time.

If I have a Silly Band (I’m uncomfortable using this in the singular because of the “Z,” but it has become necessary) shaped like an elephant, and I stretch it and put it on my wrist, I still know it’s an elephant, and it still represents an elephant to me, just like that information that told your computer to light up a bunch of dots or liquid crystals or plasma or whatever it does, which is, of course, not an actual elephant either, but we’re talking about the idea of an elephant here, which is a construct in the first place.

(The difference between, say humans and elephants is trivial when compared to, say, between humans and comets, or humans and the number 3. It’s all about context and why we choose to call things by certain names — our reasons are our own, not intrinsic.).

But to the kid who sits behind me in my geometry class, my Silly Band does not represent an elephant. It just looks like a crimpy, crinkly necklace. He does not have information that I have chosen to withhold from him. That control is comforting and creates a tool with which to play status games.

5 Comments on “Silly Bandz and the Currency of Information”