As we discussed on this week’s Overthinking It podcast, we all really enjoyed the A-Team for what it was: a fun action movie. With that established, it’s time to dive a little deeper into the political implications of the movie’s admittedly scatter-brained plot, specifically around its attitude towards the government agency everyone loves to hate, the CIA. 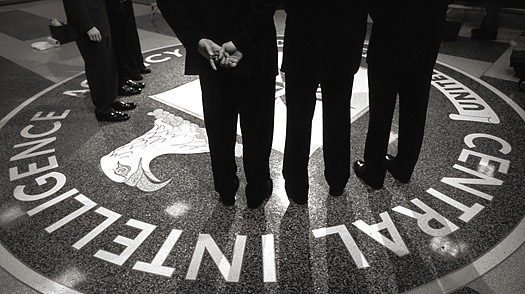 For those of you who haven’t seen the new A-Team movie, stop now and drive your GMC van to your local cinema and watch it now. (This is less of a spoiler alert–you’ll see why in a moment, though there are mild spoilers to follow–and more of a plea to help the movie improve its box office performance and its chances at getting a sequel made.)

OK. Now that you’ve returned from the movie in your stolen helicopter, let’s get to it. I’m not going to rehash the CIA plot because, frankly, I can’t. An A-Team of Overthinkers couldn’t even get it straight, even after reading two fairly detailed plot synopses. There are a lot of bad guys–a corrupt general, Blackwater-esque mercenaries, and the CIA, but at the end of the day, the worst bad guys were the CIA ones. CIA Agent “Lynch” (the one played by Patrick Wilson) sends the A-Team on the mission that ultimately gets them framed, tries to kill them once he realizes they’re on to his plan, and is the last bad guy to be taken down when the climactic plan comes together. To cap things off, in the denouement, Patrick Wilson “Lynch” is carted away not by civilian or military authorities, but by a different CIA Agent “Lynch” (the one played by John Hamm), presumably escaping true accountability for his actions, while the A-Team is hauled off by military police.

There’s an obvious takeaway from this: the movie is pandering to America’s general sense of distrust in the CIA. Justified or not, many associate the CIA with a laundry list of negatives: botching intelligence estimates in the Iraq war, the failed Bay of Pigs invasion, toppling Latin American leftist governments, assassinations, etc. The A-Team is only the latest in a long line of movies to do so. (One fine example of a CIA man sending a team of mercenaries on a mission under false pretenses is Predator, which also happens to be another 80’s franchise getting a reboot this summer. But I digress.) 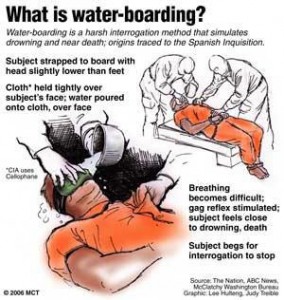 I pity the fool who justifies enhanced interrogation techniques.

The CIA makes Americans uncomfortable. A lot of it comes from things Americans consider distasteful or dishonorable: torture, deception, sabotage, assassination, and other acts of brutal violence. But perhaps more importantly than the violence itself is the perception that the CIA does these things outside of our normal legal boundaries while simultaneously using its status as a government agency to give it a cloak of legitimacy. Therefore, when we see CIA agents behaving badly in the A-Team, we are doubly repulsed. We’re repulsed that they’re making shady deals with Blackwater-esque mercenaries and being all-around douchebags, all on the taxpayer dole.

But from here it gets less obvious: it’s not clear that the CIA’s actions–getting the plates back for themselves–at the end of the day produce a bad outcome for the country they ostensibly serve. From my reading of the plot, the CIA recovered the plates and thereby prevented Black Forest guys and the “Arab”/corrupt general from doing whatever evil things they were doing with that counterfeit currency. Now the CIA has it–and who’s to say they’re going to roll counterfeit bills for their own enrichment? Maybe they’ll use them as marked bills in a sting operation. Even if they’re going to do something crazy like bankroll an operation using counterfeit bills, at least they’re using *fake* money and not real taxpayer dollars to do so. 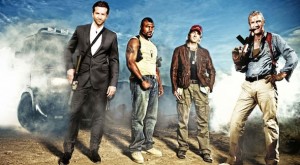 What a bunch of assholes.

How does the A-Team stacks up against these fools? Like the CIA, they too practice violence outside of commonly understood legal boundaries. Granted, it’s far less brutal than what the CIA does, either explicitly or implicitly in this movie, but they do kill their enemies (such as the Mexican general and his amigos in the helicopter) and destroy a lot of government property (the bill for all of those F-16 windshields they break during their escape in Germany could easily pay for body armor for thousands of troops in Afghanistan, and don’t get me started on the tank, the cargo plane, and the drones that shot them down). Further, in this movie, they’re only fighting for themselves and their names, not national security or any other “greater good.”

Yet we still root for the A-Team against the CIA, and here’s why: the unfortunate combination of legitimate government body and illegitimate uses of violence and coercion creates an environment that makes all kinds of normally unacceptable things acceptable: breaking out of prison, destroying government property, and living as soldiers of fortune in the Lost Angeles underground.

This is all fine and good for making a convenient antagonist in movies, but less so for the CIA and its standing in American and world opinion. In the real world, when the CIA acts with extra-legal violence, they enable real vigilantes, those with less scruples than Hannibal, BA, Face, and Murdock, to feel justified in doing all sorts of things because the CIA does it too.

I guess what I’m saying is, there’s a fine line between an A-Team and a terrorist cell. And that fine line is comprised of good intentions, catchy one-liners, and a rousing theme song. 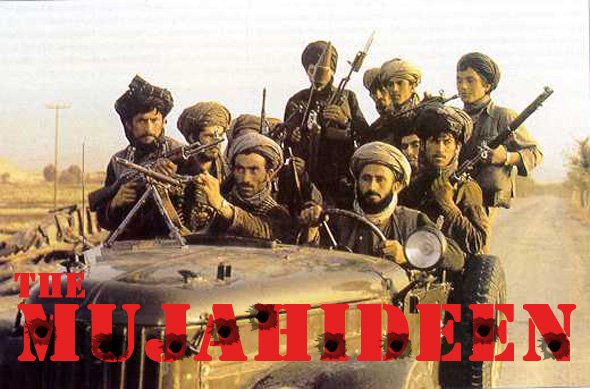 Something tells me this group of 80's vigilantes won't be getting a reboot. Oh, wait...