If you have any access to Twitter, Facebook or other social media networks, then you doubtless heard about the passing of Rue McLanahan yesterday at age 76. She was cougaring it up as Blanche Devereaux long before Kim Cattrall or Courtney Cox made it a thing. With her death, Betty White becomes the last surviving Golden Girl.

Care of Jezebel, here’s a Rue McLanahan burlesque dance from 1968, remixed to the Pixies. Technically SFW but possibly not.

They’re barely pop culture figures, but: Vice President Al Gore and his wife Tipper Gore have separated after 40 years of marriage. The separation was announced this week through an e-mail from the Gore family and is, by all reports, completely amicable. The two are expected to remain friends for the remainder of their lives, or until the Earth’s surface is covered by water in 2029, whichever comes first. Question: who do you predict Al and Tipper will shack up with now that they’re back on the market? 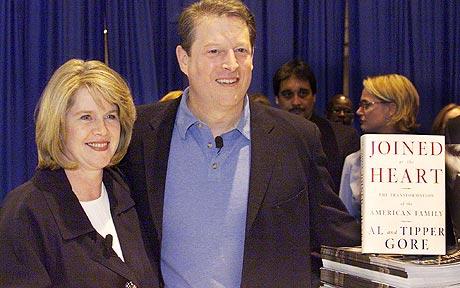 In retrospect, this just sounds painful.

Catering to OTI’s known fascination for Tilda Swinton, Tilda Swinton announced her own celebrity fragrance, Like This, this week. The new scent will blend “neroli, mandarin, pumpkin flesh, powdered ginger, immortelle, rose, heliotrope and vetiver,” as versatile a melange as the Oscar-winning actor herself. Pending the success of Like This, Swinton plans to release Comment, Share and Friend Request next year. Question: which Oscar laureate deserves her own fragrance? what would it be called? what would it smell like? 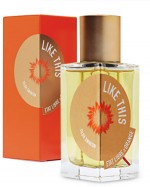 Will Tipper Gore douse herself in Swintonesque fragrance and move in with three other saucy single seniors? Or is there another topic we failed to address? Sound off in the comments, for this is your … Open Thread.