Good morning, Open Thread! Every day’s like an Open Thread! (sung to the tune of “Good Morning, Baltimore”, what, it’s a good song, anyway)

The big pop culture news this weekend: some comic book movie is kicking off summer movie season. Iron Man shocked audiences two years ago by being fun, well-paced and written with smarts. Can Iron Man 2 live up to the unreasonable standard of being a palatable comic book movie? Question: well? can it? 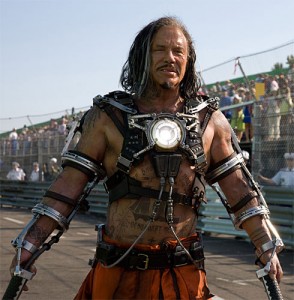 Fifteen years ago, Robert Downey Jr and Mickey Rourke headlining a movie would be a Jay Leno punchline, not a summer blockbuster.

In more important news: if you weren’t in Boston last weekend, you missed Overthinking It Live at ImprovBoston! It was part of their Geek Week spectacular! We only told you about it, like, six or ten or thirty times. It’s okay. We understand. Here’s what you missed. 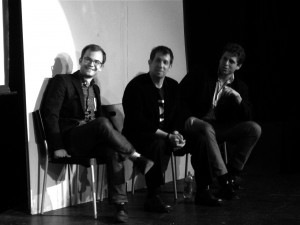 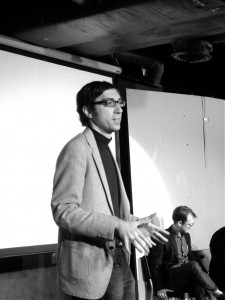 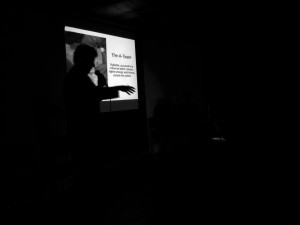 Fenzel presents on the thesis, antithesis and synthesis of Mr. T. 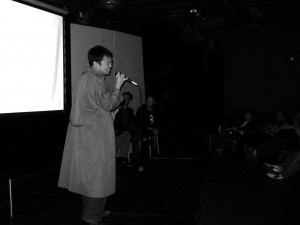 Lee leads the theater in a rousing chorus of I'll Be Back. 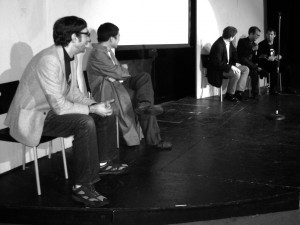 The panel takes questions from the audience. 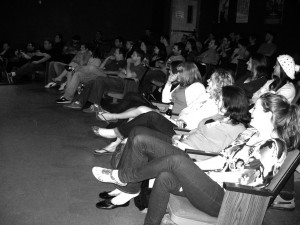 We played to a packed house both nights.

Want to invite Overthinking It to your hometown? Do you have a favorite story from seeing us live last weekend? Do you have a billion-dollar suit of powered armor that you’d care to loan us? Sound off in the comments, for this is your … Open Thread.