Morning, y’all! Let’s slip the surly bonds of threads and touch the face of chat, shall we?

Two quick downers then some uppers: first, Bret Michaels suffered a brain hemorrhage this week and remains in the hospital. His sister and agent have both said his condition is gradually improving, but medical complications like slurred speech or seizures could still result. Overthinking It wishes this staple of 80s’ pop a speedy recovery. 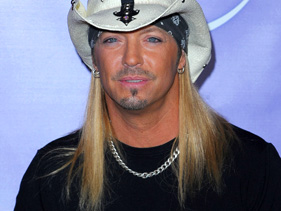 Second, British rapper M.I.A. unleashed a controversial new video this week, “Born Free.” YouTube took the graphic video down almost immediately, but it remains available on M.I.A.’s own site. Warning: not safe for work in any conceivable way, and also not really pleasant. Yours truly still thinks it’s worth a look.

South Park thought they were hard. They don't have scratch on M.I.A.

But what goes on at Overthinking It? First off, Clichemageddon 2: The Clichemagging has kicked into turbo boost. If you haven’t yet, you should definitely submit your cliche taglines for this year’s contest. And if you already have, then let your Facebook and Twitter pals know about it by linking them to The Official Clichemageddon 2 Trailer.

Second, this will be your final reminder that you can see Overthinking It LIVE! at ImprovBoston’s Geek Week 4.0. Why? Because after this weekend, you won’t have another chance! Until someone else offers us a venue! But unless that blessed day comes, for now your only chances are Friday, April 30 (11pm) and Saturday, May 1 (8:30 PM) at ImprovBoston (40 Prospect St, Cambridge MA). Local alt-weekly the Boston Phoenix labeled us one of five acts not to be missed! 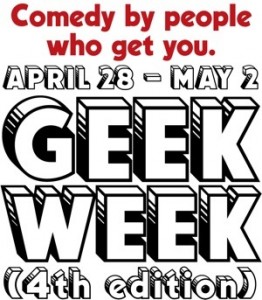 Do you have a conference room or union hall that could host our epic intellect? Do you have a controversial music video that’ll raise awareness of rock stars’ neurological health? Sound off in the comments on these or any other topics, for this is your … open thread.