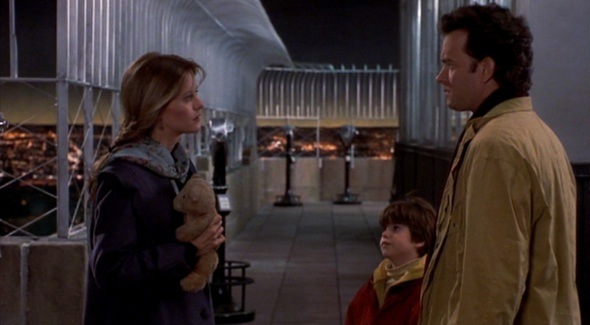 Stop me if you’ve heard this one before:

A man is on track to succeed in his career through natural talent and hard work. However, he’s also in love with a young woman. Circumstances force him to choose between his career and the woman he loves. In the end, despite uncertainty and pressure, he chooses the woman. The two of them stare fondly as the credits roll.

Which movie did I just describe? Good Will Hunting? The Family Man? Regarding Henry? If we reverse the genders, we can add Sweet Home Alabama, The Devil Wears Prada, You’ve Got Mail and a dozen others to the list. You saw it in Felicity and you saw it on Friends. You see it every time you turn on the television.

But you don’t see it in real life. 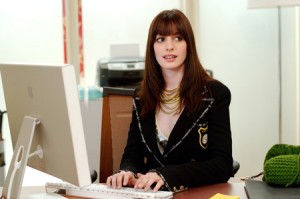 While the ballots are still being counted on why people regularly go to the movies, a popular theory is catharsis. People love watching movies because they love being exposed to larger-than-life situations and feeling emotional extremes. Aristotle introduced us to the notion of catharsis through art in his Poetics, in which a play put its protagonists through an emotional wringer and left the audience drained. While Aristotle focused on tragedy, we can see the same emotions at work in any other genre. A comedy heightens the emotion of joy. An action movie exacerbates the feeling of tension and sometimes anger: we cheer when a true bastard gets his comeuppance. A horror movie builds the sensation of fear to an unbearable clip.


By this criteria, good movies are those which engender the strongest reactions in us. Looking at the IMDb Top 250 validates this notion. While the Academy of Motion Picture Arts and Sciences or the AFI might have exacting critical standards, moviegoers always prefer the extreme, the stirring and the accessible. No film critic worth his Moleskine would call The Shawshank Redemption the greatest movie of all time. Whether that says something about the simplicity of the movie-going public or the snobbery of critics, I’ll leave to another discussion. Suffice it to say: when you ask people to list their favorite movies, they list the ones that make them feel the strongest feelings. 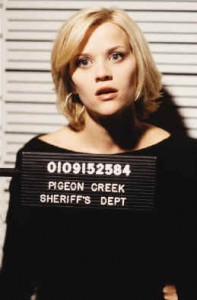 (This is also a pat explanation for the well-known “newcomer effect” on IMDb rankings, where a new movie will vault to the Top 250 early on and then settle into an established rank. We react strongly to variety; the shock of the new biases us. Even if The Dark Knight tells the same story as High Noon, we esteem it higher. The fresh evokes stronger feelings than the remembered. Unless you’re Marcel Proust)

So we can classify movies by which emotions they’re meant to stir and how strongly the movie stirs them. Comedies evoke joy (see Caddyshack). Horror films evoke fear (see The Exorcist). Action films evoke anger (see Taken). And romances, romantic comedies and most dramas evoke love. We don’t fall in love with the fictional people on screen. But we sink into that same pleasant high which being in love engenders. Tears well up in our eyes, our breath becomes tight, our chests start to ache. 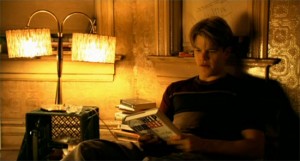 Romantic movies are merely the latest medium in a tradition that dates back to the dawn of human civilization. From the myth of Pyramus and Thisbe, the correspondence of Abelard and Heloise, the epic poetry of the Roman de la Rose, the comedies of Shakespeare and the poetry of Lord Byron, we get the moral that love is a rare gift. If you come across love in the wild, you should drop everything you’re doing to pursue it. From this notion, we get tales of knights, peasants and adventurers who risk everything in order to be with someone they love. This gambit can end happily (Twelfth Night) or tragically (Tristan et Isolde), but the gambit’s always there.

I don’t intend to turn this into a discourse on whether or not True Love exists (though have at it in the comments if you like). Whether or not it exists isn’t important. What matters is that, for more centuries than we’ve had pants, artists have believed that it does. Not only that, but they’ve believed that True Love is a jewel beyond price, against which anything else – family, property, honor, community – takes a distant second. And they’ve filled the Western canon with so many works of art that support this thesis that we have profound trouble imagining it could be any other way. “What would you suggest? That someone can find the love of their lifetime and pass them by? What kind of cynic are you?”

What makes this theme of True Love interesting again is the Industrial Age.

The whole business of love, and love-making and marrying, is painted by the novelists in a monstrous disproportion to the other relations of life. Love is very sweet, very pretty […] [b]ut it’s the affair, commonly, of very young people, who have not yet character and experience enough to make them interesting. In novels it’s treated, not only as if it were the chief interest of life, but the sole interest of the lives of two ridiculous young persons; and it is taught that love is perpetual, that the glow of a true passion lasts for ever; and that it is sacrilege to think or act otherwise.

For the bulk of human history, the notion of “choosing a career” would have made no semantic sense. The teeming underclass worked the career they were born into, or the career their parents auctioned them off to a guild to apprentice for, or farmed. The aristocracy had pastimes (poetry, singing, hawking) and duties (service to one’s liege or to the Emperor), but didn’t have to earn a living by the sweat of their brow. And even the middle classes gained wealth in the trade they were raised in: wealthy textile traders came from the ranks of tailors, wealthy land barons from the ranks of farmers. 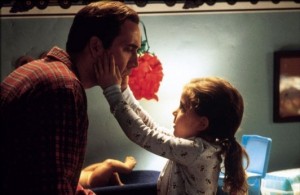 The Industrial Revolution changed that. While the tide of new technology destroyed a lot of old jobs, it replaced them with a variety of new ones (read your Schumpeter, people). Dramatic increases in power meant increases in production capacity, which meant increases in goods produced, which meant the creation of new markets, which meant a need for new jobs. The world vaulted into the singularity of consumerism that it still enjoys/suffers today. The explosion of markets, combined with the startling return to democracy (the U.S., France and the zenith of the British Empire) meant a lot of people were now looking for jobs. Peasants were no longer as tied to land. Now, any healthy young lad could tie his belongings in a kerchief and strike out to seek his fortune. (Women could certainly try this as well, but it was less likely to succeed)

Only once it became possible for someone to choose a career could the dilemma of “His Career or His True Love” enter into art. And once it did, it latched on.

The problem with this dilemma, of course, is twofold. First, it’s a false dichotomy. Someone who truly loves you should be able to accept the job you work in. Failing that, if you elect to stay in your career, you can still love someone deeply without being in a relationship with them. Failing that, maybe the object of your affections could compromise a little, hm? 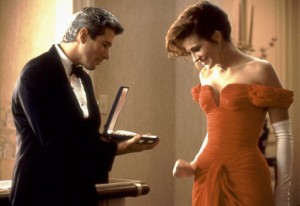 Second, and pardon your correspondent for sounding jaded, but there are things more important than love. There are. The fact that there are half as many divorcees as married couples in the U.S. suggests that it takes more than love to keep a marriage together. It takes emotional stability, a lot of patience, and the ability to provide. Money smooths over many of these hurdles. Many, many people might be better off marrying someone other than their True Love, or staying single, if marriage means abandoning a career that’ll keep them fed.

And yet the notion baffles modern audiences. You never see it in movies. Check that: you see the hero choosing his Career over his Love plenty of times, but you never see it end happily. Casablanca‘s the textbook example: Rick chooses his true calling – running guns for the Resistance – over the chance to flee Casablanca with Ilsa. In Shakespeare in Love, Viola stays with her husband (which was a noble woman’s career in Elizabethan England) rather than live in sin with the man she truly loves: William Shakespeare. Every time the hero or heroine chooses Career over Love, it is with bitter necessity and tears.

In fact, I can think of only one movie where the hero chooses Career over Love and it’s a happy, non-ironic ending: Rounders. Matt Damon plays a former poker hustler who, losing everything in a bad night of cards, falls back on his law school ambitions and the support of his girlfriend (played by Gretchen Mol). When circumstances force him to return to poker, she abandons him. At the end of the movie, he’s given up on his plans for law school and sets off for Vegas. His girlfriend forgives him and they part on understanding terms. 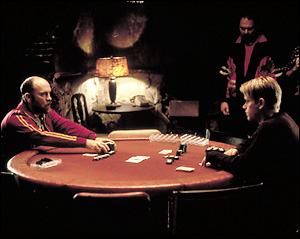 So why does the myth of Love vs Career persist? Maybe as a palliative to the drudgery of the industrial age. Maybe as the latest incarnation in the tradition of Love Vs. Whatever Else Literate People Do that has dominated art for thousands of years. Maybe because love feels good. Maybe because love is tricky. Regardless, you can say with confidence that drama will not be truly revolutionary until both sides of the scale become equally weighted.

Thousands have lived without love; not one without water.

19 Comments on “For Love or Money: The Lessons of Modern Romance”