1) Refusal of the Return: So why, when all has been achieved, the ambrosia has been drunk, and we have conversed with the gods, why come back to normal life with all its cares and woes?

2) The Magic Flight: Sometimes the hero must escape with the boon, if it is something that the gods have been jealously guarding. It can be just as adventurous and dangerous returning from the journey as it was to go on it. 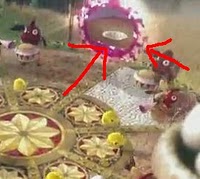 The reappearance of the magical “Threshold” that brought Kitty into this realm has returned, signalling a completion of the story cycle. In a symbolic “Heaven”, surrounded by jubilant “gods”, Kitty must now face the final “test”: Abandon godhood in further pursuit of the Grail? A return to the mundane feline existence of pre-Journey life? The “boon” beckons…

3) Rescue from Without: Just as the hero may need guides and assistants to set out on the quest, often times he or she must have powerful guides and rescuers to bring them back to everyday life, especially if the person has been wounded or weakened by the experience. Or perhaps the person doesn’t realize that it is time to return, that they can return, or that others need their boon.

Heeding the call of domestic life (but also of the Grail), Kitty approaches the portal to return home. Could it be that Campbell’s “powerful guides and rescuers” are the nameless, invisible “owners” who provide Kitty with the “boon” (Friskies cat food)? 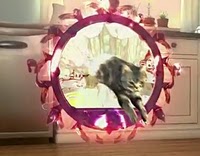 4) The Crossing of the Return Threshold: The trick in returning is to retain the wisdom gained on the quest, to integrate that wisdom into a human life, and then maybe figure out how to share the wisdom with the rest of the world. This is usually extremely difficult.

5) Master of the Two Worlds: In myth, this step is usually represented by a transcendental hero like Jesus or Buddha. For a human hero, it may mean achieving a balance between the material and spiritual. The person has become comfortable and competent in both the inner and outer worlds.

Kitty has proved himself a master of both the “inner” (domestic) and “outer” (fantasy) worlds. Finally, he is allowed to partake of the “Holy Grail” (delicious, Friskies brand cat food). All is well as the curtain falls on the Kitty Epic.

6) Freedom to Live: Mastery leads to freedom from the fear of death, which is the freedom to live. This is sometimes referred to as living in the moment, neither anticipating the future nor regretting the past.

As the camera pans back, we are shown an entire planet, living in peace and harmony under the Friskies banner. The implication is obvious: There is a little Kitty in all of us, and by knowing his story, we too can live in freedom of fear for pain and death. Friskies offers freedom to all, a magical ambrosia releasing all manner of species from the constraints of self-imposed imprisonment. Courage conquers all, and Love can be found in a can. 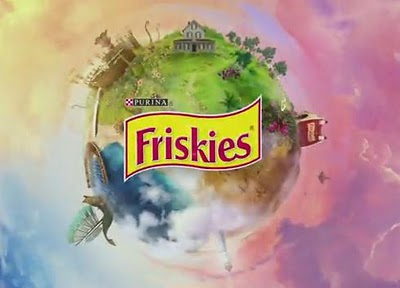 Author’s Note: My sincere gratitude goes out to Sergeant D at Stuff You Will Hate for calling my attention to this Friskies ad in the first place. (Not that I actually read that blog.)

Shelby Cobras is the sole creator and mastermind behind the brilliantly mundane blog Illogical Contraption. Unfortunately, his cat can’t eat Friskies. It makes her fart.