We start, as one always should, with Shakespeare. Imagine Shylock, calling in his debts in the Merchant of Venice:

“The 0.45 kilograms of flesh which I demand of him Is deerely bought, ’tis mine, and I will haue it.”

Antonio is never paying this guy back.

And in more modern times we find:

Old-timey song about the downtrodden: 16.256 Megagrams

New song about the downtrodden: Sublime’s 1.183 Liters to Freedom

Movie about football: The Longest 0.9144 Meters

Movie not about football: The Whole 8.23 Meters

Movie that should have been about football: Attack of the 15.24 Meter Woman

Movie about a guy that could have played football if he wasn’t magic and in prison: The Green 1.6 Kilometers

Thing in the room: 362.9 kilogram gorilla

Something awesome you probably haven’t read but should: 111,100 Kilometers Under the Sea

TV Show: Green Centiares (a word none of us knew that means square meters) 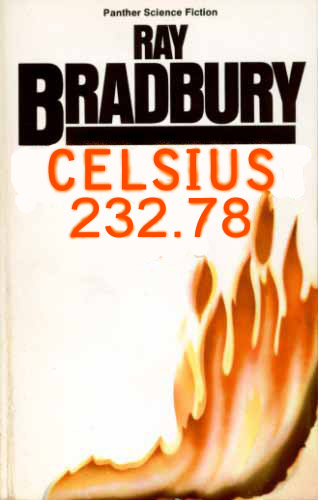 Better TV Show with oddly similar themes and the guy from Dexter in it: One Point Eight Two Nine Meters Under

Play/Movie: Hedwig and the Angry 2.54 Centimeters

Major plot point: 141.6km/h, the speed the Delorian needs to travel back in time.

Jazz Musician: Kilometers Davis (I will auction this off if anyone needs a DJ name)

First CD I ever bought (to my lasting shame): 30.45 Centimeters of Snow

The song that got me thinking about this: I’m Gonna Be – “I would walk 804.7 kilometers” These guys are Scottish and use the metric system in their day to day lives but do their songwriting in the English system.

The best written examination of this phenomenon (NSFW):

Only two cultural references to the metric system were volunteered:
The first: 8mm, the Nicholas Cage movie that earned an abysmal 22% score at RottenTomatoes.com.
The second: 21 grams.

So there’s a fifth reason America has avoided metric: Popular culture. For the last century, America has been the world’s storyteller. Like it or not, kids in India dress up like Spider-Man, Dutch twenty-somethings sing Black Eyed Peas songs, and everyone in the world watches Baywatch (and Frasier, for less obvious reasons). Deep down, Americans take this role very seriously. We know that metric will make for less math, more money, and a greater knowledge of Mars, but we’re willing to sacrifice all of that to tell the world better stories.

Now I put the question to the brilliant minds who Overthink with us: what did we miss?  Where else have units of measurement been a significant factor in popular culture? Sound off in the comments. Titles are good, but you get bonus points for plot elements and song lyrics.

The single coolest suggestion I got (Kudos to Liz at Comedysportz DC ): Mark Twain

The most popular write-in candidate: 99 red balloons, the metric equivalent of which is 2 blue plastic Ikea chairs and three swedish meatballs.

This conversation started an interesting debate with my friends which had little to do with this post.  We realized that under the English system, America’s stoners are forced to do complicated division with eighths, quarters and other fractions of ounces. Cocaine cartels and street dealer have much to fear from a powerful central government (in theory) and may therefore resist metrication, but Stringer Bell aside, how much time do these guys spend doing needlessly complex math?  The new metric bumper-sticker: Help a stoner, support the metric system.

41 Comments on “America’s Sacrifice: How the USA Saved Popular Culture by Avoiding the Metric System”