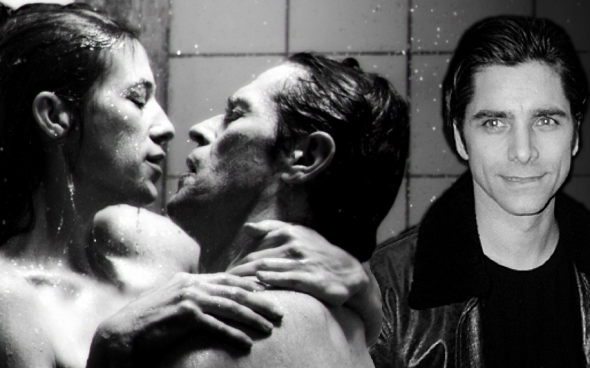 Some things we like to watch, and some things...

Antichrist is upsetting. I saw the film at Chicago’s Gene Siskel Film Center on Tuesday night. As of writing this, Thursday morning, I still grit my teeth whenever one of the many gruesome scenes plays out again in my mind. I’ve been watching movies for a long time, and not a few of them have featured graphic sex and violence. It’s rare, but it sometimes happens that someone as thoroughly media-inured as myself can be messed up, even slightly traumatized, by watching a movie. The profound disgust and anxiety brought on by Antichrist is not, however, enough for me to stop appreciating the film on a cinematic level. As much as it upset me, I have already made plans to see the film again.

Full House is terrible. As talented as the cast was, the jokes are irredeemable. The show aimed for an audience of eight-year-olds and hit them square in their tiny little foreheads. Over the seasons, Bob Sagat withered from a comic who was clearly slumming (but having fun) into a defeated, abused animal. The whole cast looks so bored by the show’s end that every episode is one long, cruel joke. Knowing now what will eventually happen to the actresses who played Michelle (whose now-terrifying double subjectivity makes her character a kind of reverse Dead Ringers) adds alternating layers of disdain and pity to what is supposed to be lighthearted entertainment. But what do I do while I fold my laundry on a Sunday morning? I watch Full House.

There were a lot of best-of-the-decade lists published recently. As often happens when someone tries to put together a definitive and comprehensive hierarchy of movies, there were attempts to reconcile the public’s taste with the critics’. Last week, Hollywood.com tried to find a middle way by rearranging the most popular films of the twenty-first century in order of critical acclaim. This resulted in a list that was just as arbitrary and distorted as any critic’s personal list, illuminating very little except that critics are often willing to forgive big budget spectacles for being bad films. To assuage my own curiosity, I performed the reverse experiment and rearranged the best-reviewed American films of the past ten years in order of popular opnion. I accumulated a list of the five best-reviewed films released in each year of the past decade. I then added any remaining films from the IMDb’s list of the best-rated films of the decade. Like Hollywood.com, I tempered the elitist attitude of the critics (aggregated on Rotten Tomatoes, only selecting films with at least 100 reviews) with the user ratings on the IMDb. As the IMDb is already skewed toward popular films, I made a completely arbitrary decision to omit box office from the equation. In the event of ties, I gave the higher ranking to the film with the higher IMDb score. Here are the top ten:

What a strange list this is! Two documentaries, two prestige dramas, two Pixar movies and four of the biggest blockbusters of all time. More a list of movies that people are able to agree on than an objective measurement of worth. No Avatar, the people’s champion, but also no Antichrist. A near-perfect approximation of inoffensive, mainstream commercial taste… and probably no one’s real opinion. The most critically admired film (Man on Wire) is also the least popular. The most popular (The Dark Knight) was less well-reviewed than five of the other films on the list. No matter how you tweak the algorithm or widen the net, it is just impossible to reconcile taste with enjoyment.

We ask ourselves, “What’s happening here? Why do critics hate entertaining movies? Why do audiences hate art?” Those are the wrong questions. What we should discover is why people are critics, and why people are audiences.

Rudolph Arnheim’s Entropy and Art [PDF] outlines a theory of the motivation behind art criticism. People have an urge to find order in the systems around them, and a further urge to understand those systems. Arnheim links the urge to evolution; if we can predict the behavior of a prey animal, for example, we can track it and eat it. On a practical level, this desire for understanding leads directly to scientific advancement and short-term problem solving. Art criticism is a side effect of the ubiquity of this analytical approach. Systems of visual patterns, musical harmonies, conceptual abstractions, etc, urge us subconsciously to dissect and categorize them. You could call this desire the “will to nerd.”

Movie critics are movie critics because they like watching movies, but more than that, they like thinking about movies. Being a movie critic is a low-paying, high-anxiety profession with little job security and less glamour. Last summer, Andrew Sarris, one of the most esteemed movie critics in American history, was fired by the New York Observer. In the past decade, there have been high profile film critic shake-ups at the Village Voice, the New York Free Press and the New York Times. If the future is dim for newspapers, the future for film critics is a dying cell phone dropped in the bottom of a well. For these people to persevere, with such a bleak outlook, speaks to the strength of that primal urge to figure out what’s going on. 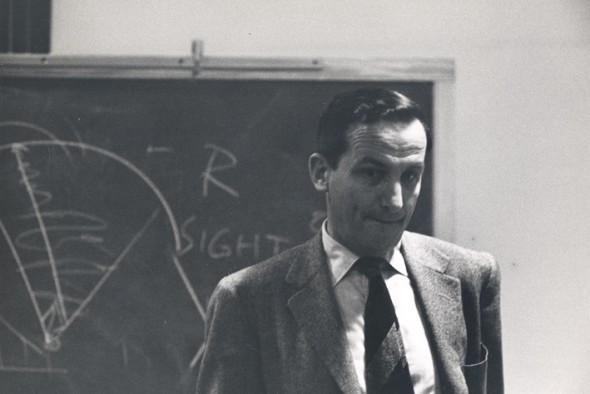 Rudolph Arnheim, why you gotta treat me so bad?

Laura Mulvey hears us talking about movies like they’re clues in a murder mystery and cries out “NO!” Her Visual Pleasure and Narrative Cinema [PDF] argues that the enjoyment derived from movies comes not from the subconscious desire to live (more accurately characterized negatively as a desire not to die) but from the sex drive. Cinema is just one more tool for propagating narrative as a way of generating an artificial self through the construction of difference. All the tools Aristotle gave us in Poetics are most useful for building a functional fantasy for the viewer. It is not necessary that a movie be of artistic value for it to be enjoyable to the viewer. All that’s necessary is that the fantasy works. The same principles are at work in pornography: through Aristotle’s unities (those illusions that give the viewer the opportunity to engage in the suspension of disbelief), the gap between the reality of the viewer and the reality of the narrative is erased, allowing the viewer to experience the pleasure of the narrative’s emotional and psychosexual content.

These two approaches to film criticism are the root of the dissonance between the movies audiences like and the movies critics like. On the one hand, any movie can be defended as containing interesting internal systems of order, so long as you can find them and explain them to people. A movie like Antichrist may be completely unenjoyable, but still display innovative visual and conceptual content that stirs the film nerd to watch the film again and again. On the other hand, the “visual pleasure” approach either works or it doesn’t. When you bust up Aristotle’s formula by making a “bad” movie (a movie that lacks a relatable and cohesive system of fantasy) the only way you’re going to have a good time is if you can find a way to get around the idea that a movie is supposed to be “good.”

The Dark Knight is probably at the top of the compromise list because it’s both an incredibly compelling fantasy (a sympathetic character with a clear and important goal fighting against a scary but charismatic villain inside of a well-crafted three-act structure) and a sophisticated work of art. It’s not as cinematically complicated as something like Antichrist, but it’s just complicated enough for film critics to have something good to say.  Which brings me back to Full House. I know that Full House is bad, in that every episode is the same and the general formula is so simple as to be asinine. There are no complicated systems (visual, philosophical or otherwise) to decode. In a way, though, Full House is very good. The three act structure, the sympathetic characters, the constant vacillating between melodrama and fun. The show works, at least on me.

It’s silly to judge a movie or TV show on its storytelling alone. When we say “movies are about storytelling,” we mean to say “enjoying yourself is about storytelling.” The only reason to spend so much time and energy on figuring out why a story isn’t working is to get a better understanding of storytelling itself, which is only one tiny little system in a world full of intricate orders and suborders, and one that we figured out almost 3000 years ago. Personally, I could happily go the rest of my life without hearing another word about “catharsis.” It all seems just so damned small.

4 Comments on “Antichrist and Uncle Jesse”