Joss Whedon is a feminist! His shows feature complicated female characters as the protagonists!

No, Joss Whedon is a misogynist! He revels in torturing and degrading women!

Misogynist! His female characters are hyper-sexualized objects of the male viewer’s gaze!

Whedon is sex-positive and allows his female characters to express sexual desire without punishing them! 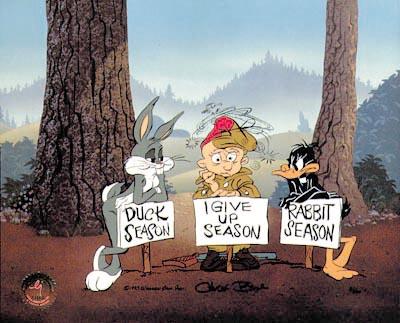 This could go on for a while. Googling “Joss Whedon feminist” brings up more than 50,000 results. The Geek Feminism Wiki lists several articles debating the issue, including interviews with Whedon in which he explicitly self-identifies as a feminist, and even that listing is grossly incomplete. By far, feminism is the principal discourse in the global overthinking of Whedon’s TV shows, and Whedon is the major contemporary pop cultural focus for the debate on feminism in narrative television. This makes sense, as his series Buffy the Vampire Slayer and Dollhouse (and to a much lesser degree, Firefly) address feminism in their basic premises in a way that no other show on television has.

Strange, then, that the most persistent issue in regards to Whedon’s feminism is its authenticity. When Spike Lee addresses race in film after film, the debate is not generally “does Spike Lee hate black people?” We assume that we understand Lee’s point of view regarding race, and examine his films in political terms that we believe to be a priori to the films themselves. If there is discussion about Get on the Bus, it’s a discussion of the merits of Lee’s point of view, not the nature of his perspective. In general, the more prominent a particular political discourse is within the bounds of a work, the less open the work is to political interpretation. Incorporating politics necessitates incorporating ideology. 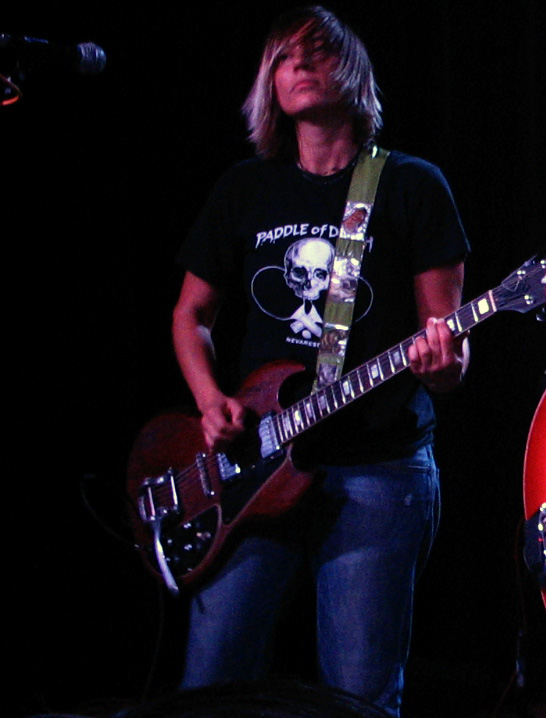 It’s not because we’re talking about feminism, either. I’ve been to plenty of parties that were blasting Team Dresch, which is pretty much slogans with guitar (like a lot of American punk), and never once had a conversation with a girl in a sleeveless denim jacket about whether Kaia Wilson “meant it.” It doesn’t make sense to pick a fight over sincerity in feminism because there’s no good reason to try to fake it. Why would someone pretend to be a feminist, when it isolates you from the mainstream and reduces your market opportunities? For the “cred?” That might make sense if you’re an college student trying to get laid at a party, but there’s not a huge overlap between the demographics for network television and the demographics for The Keeper.

As an ideology, feminism has a long tradition of being critical of exactly the kind of commerce-driven audience manipulation that is the heart of the television business model. You can sell things to women without having to appeal to feminism, so what sense does it make to alienate people by making a television show about institutional misogyny, the struggle for female subjecthood or any other feminist issue? You could even argue that Whedon’s unconventional and troubling philosophical issues in Dollhouse contributed to the show’s marginalization, as Fox isn’t really the best network for marketing complex material.

If the issue isn’t Whedon’s intentions, it must be his results. There has to be disagreement as to whether feminism is occurring in his shows, regardless of whether Whedon loves or hates women. In fact, this is where most of the disagreement is. When people talk about whether Whedon is a feminist, what they’re talking about is whether Buffy or Dollhouse is feminist. That’s a lot more complicated. How can a TV show even be feminist? What does that even mean? 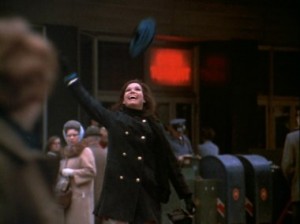 Now, a brief survey of the history of American feminism in theatre, film and TV. First-wave feminism, from the beginning of the twentieth century, had simple, measurable goals of securing basic human rights for women: the vote, property ownership, self-defense, etc. Nearly any work that depicted women as functioning adults instead of maniacs, children or idiots was (by the standard of the time) feminist.

Second-wave feminism came out of the activism of the late fifties and early sixties, and sought to correct the injustices of the systems of power that kept women second-class citizens. Simone de Beauvoir’s The Second Sex identifies the ways in which “woman” is a category defined by a patriarchal society, and narratives that similarly depicted women taking control of their own lives through employment, sexual agency or political action constituted that period’s “feminist” works.

Contemporary feminism (“third wave”) has a much more complicated relationship with narrative. Post-structuralist critiques of language and art point a finger at the structure of narrative itself as being misogynist (among other problems). A story works in at least two ways: as vicarious experience, and as fantasy. When we watch a story, we relate emotionally to the goals and obstacles of the main character. We temporarily give up our own subjecthoods to live the story through the point of view of the protagonist, who we relate to. Conversely, we also take pleasure in seeing particular circumstances played out, separate from ourselves (“fantasy”). In TV and film, women are traditionally not the protagonist (the subject of narrative), but the object of the protagonist’s desire (the subject of fantasy). In terms of psychoanalytic critical theory, this relationship makes it difficult for women to claim the subject position in their own lives, as we learn how to desire and how to construct identities from the world around us, which has become entirely constituted by the world of images generated by media. If TV is always defining a woman in terms of the man in her life, that’s how little girls will learn to define themselves. 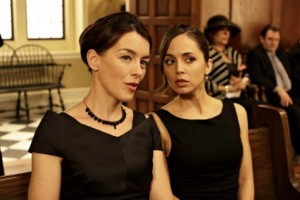 “No rape this week, but you can mark it on your timesheet anyway.”

Consider Dollhouse. Echo is, as some have pointed out, perpetually raped. Making a show in which the main character is a woman who’s raped every week, but doesn’t mind, might seem a tad regressive. From a first-wave feminist perspective, the (predominantly female) dolls on Dollhouse are representations of a misogynist idea of femininity: women live to serve men, and have no identities or minds of their own. The premise of the show, however, is that this model is, at best, morally questionable and, at worst, the clock that chimes the apocalypse. A second-wave feminist analysis of the show would defend Dollhouse as an attack on the forces of society that turn people into mindless servants of capitalism, the patriarchy, what-have-you.

But the third-wave feminist comes to a conflicted verdict. On the one hand, the show propagates an inherently misogynist and heteronormative system of representation that serves up images of sexually available women to the male viewer, couching the fantasy in a morality that allows the viewer to enjoy himself without feeling the guilt of sadistic voyeurism. On the other hand, as Whedon explicitly told NPR, the point of the show is to deconstruct the mechanisms behind identity, subjecthood and personal agency. How can rape have meaning if the body is really divorced from the self? How can sex have meaning? What is sexual difference if identity can exist outside of a human body? Is Dollhouse‘s apocalypse really just a post-modern annihilation of identity construction? 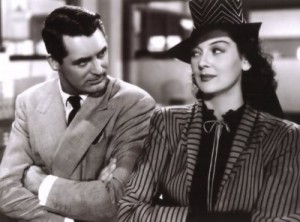 Here we get to what is, for me, the biggest problem with a feminist interpretation of Dollhouse: this apocalypse can read as a kind of post-identity paradise, but not a post-sexual one. In the episode “Epitaph One,” which takes place in the proposed post-apocalyptic Hell brought on by the Dollhouse technology, we get no hint of what sexual desire might look like in a world where “man” and “woman” become meaningless, temporary place-holders unrelated to identity. The members of the sexually and racially diverse “final girl” group still relate to each other the way all Whedon characters do; they banter with each other, subtly referencing the sexual tension beneath comic intent. They flirt. In the face of death, but more importantly, in the face of the inescapable meaninglessness of sexual difference, they flirt. Surrounded on all sides by the evidence that the dominant cultural narrative of Whedon’s world, the romantic sexual relationship, is a dark, ugly joke, they flirt like Rosalind Russell and Cary Grant in His Girl Friday.

From a post-structuralist perspective, Dollhouse isn’t feminist because it presents a world in which sex will never, ever change. The structure we’ve got now is all we’ll ever have, and not even the end of the world will do a lick of good to fix it. That doesn’t mean Whedon’s a misogynist, or a bad feminist. It just means he’s a bad post-structuralist. His feminism is old-fashioned. And if that’s really the world thing you can say about him, he’d probably take it.

26 Comments on “The Expired Feminism of Joss Whedon”