And a good day to you, Overthinkers.

Hacking its way across the green this week has been the story of Tiger Woods’ infidelity, exposed when he was taken to the hospital for crashing his Cadillac Escalade after his wife (supposedly) chased him down the driveway with a golf club. The scandal has hounded the pro golfer and his family all week. If he doesn’t address the situation, he may have to retire as merely the greatest golfer in the history of the sport.

Question: does golf need more “bad boy” athletes? Should Phil Mickleson spend more late nights at the 40/40 Club chasing Atlanta models? I mean, um, err … not to suggest that he does that … we’ve said too much. 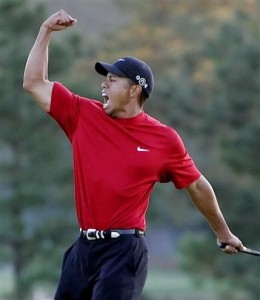 In music news, the 2010 Grammy Nominees were announced. Beyonce, Taylor Swift and Lady Gaga have 23 nominations between them. Industry insiders predict Taylor Swift will walk away unhappy, as she didn’t have nearly enough music videos wearing odd metallic prostheses.

Question: which pop music star do you most want to see undergo a surreal re-invention, a la “Sasha Fierce” or Lady Gaga? And why? 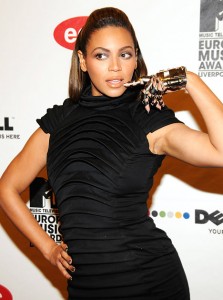 And finally, Comcast announced an agreement this week to buy a controlling share in NBC from General Electric. This gives Comcast control over the NBC network, Universal Studios, Bravo, USA, CNBC, MSNBC and the Sci-Fi Channel. No word yet on where Alec Baldwin will end up.

Question: if the deal passes regulatory muster, then Comcast will own NBC, while Disney owns ABC and its affiliates (like ESPN), and Fox owns everything it owns. How many media companies will there be by 2015? Three? Two? 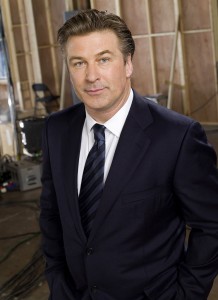 Is Jack Donaghy the new Sumner Redstone? Or vice versa? Or BOTH?

Answer these questions, or talk pop culture of your own, in the comments! This is YOUR Open Thread.