Once upon a time, there was a Japanese cooking based competition show called Iron Chef. In said show, an esteemed chef would challenge one of the titular Iron Chefs in a battle revolving around a secret ingredient. The show found a foothold in America because (1) It was a good show and (2) There was a bit of a kitsch factor to it, because, after all, anything than is dubbed is totally hilarious am I right? Although, truth be told, I was always endlessly amused when they would show the dishes and explain them in unnecessarily florid language as easy listening music played in the background. 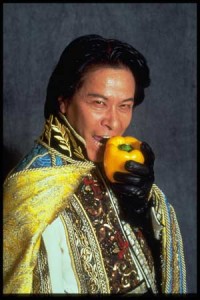 An American version was tried in 2001 by UPN, one of the parents of The CW along with the WB, called Iron Chef USA. Unfortunately, the show decided to focus on the kitschy aspects of the original, as evidenced by the fact the chefs had nicknames such as “The Italian Scallion” and that William Shatner was the host. It lasted a whopping two episodes, just like the Mike O’Malley Show.

Fortunately, the Food Network decided to give it another go with Iron Chef America. Wisely, they focused on the food based competition and brought in host of Good Eats and all around awesome guy Alton Brown to host. The show has found quite a bit of success, and I personally am a big fan of it.

However, there is one thing all three variations have in common I’ve never been a fan of. In fact, I would go as far as to say it compromises the integrity of the show. For you see, in Iron Chef America the winner of these battles is decided by a panel of three judges. Often they are people who work with food professionally. Cooks, food critics, what have you. But sometimes the judges are celebrities.

Additionally, in the original Iron Chef the celebrities, which included Jackie Chan and former Seattle Mariners closer Kaz Sasaki, not only helped choose the winner, but provided oh so interesting commentary. This often consisted of bon mots such as “What is that?” and “Oooh, that looks good” the latter of which was often spoken by a female judge and thus always sounded the same because the same woman dubbed pretty much every voice.

Anyway, while they were there for commentary in the Japanese version, in every version they taste the food and then judge it on the parameters of the contest. This is what sticks in my craw. I don’t feel that people without professional experience with food have the ability to judge the quality of the dishes well enough to make the results fully legitimate. It compromises the results. Now, there are a few counterarguments I can imagine one coming up with, so allow me to address some of them.

They may not be food experts, but celebrity judges still have taste buds. Isn’t that qualification enough?

Well I have a vague knowledge of human anatomy, does that qualify me to perform surgery? As my bargain appendectomy business taught me, no. Now, obviously my example is more serious than a television food competition, but the principle is the same. The vast majority of us have the ability to taste. However, few of us have a truly honed palette, at least one good enough to judge foods in a nuanced fashion. The food critics and chefs of the world have spent their lives immersed in the world of food. They can decipher between different spices. They can tell the doneness of a piece of meat with tremendous accuracy. They’ve eaten many foods the average person has never heard of. When Masaharu Morimoto pulls out some obscure Japanese fish, is your average celebrity going to know what it’s supposed to taste like? Sure, they can tell you whether or not they think it tastes good, but their opinion hardly has much merit. 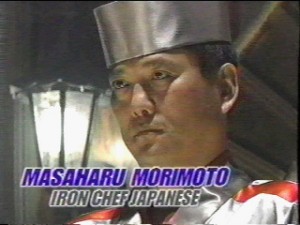 It’s like voting in an election based on the political party of the candidates. By using such a small amount of information, your opinion is still uninformed. When experts chefs are putting together elaborate, elegant dishes that are likely ten times better than anything you or I will ever eat, I’d like a discerning palette making the decisions. There’s a reason on The Next Iron Chef all the judges were professional food experts. Why should they treat their regular episodes with any less importance?

OK, so maybe the celebrity judges don’t have the proper expertise to really judge the competition fairly. However, doesn’t their renown make up for that?

Basically, the question I have posited to myself here is: Does Iron Chef gain anything by having celebrity judges? I am going to have to go with “no” for several reasons. One, even in this celebrity worshiping “culture” of ours, is anybody going to tune it to Iron Chef to watch them judge a cooking competition? The judges are only one screen for a small portion of the show, it is mostly cooking. A few minutes of screen time may have won Judi Dench an Oscar once, but it probably wouldn’t be enough to entice more viewers. Unless you are interested in watching two chefs cook, or interested in food in some way, you probably won’t watch Iron Chef.

3 Comments on “The Secret Ingredient Is … Celebrity”