Today’s guest post is an analysis of Billy Joel from Chris Morgan. Want to light it? Try to fight it? Let us know in the comments.

We all know the song “We Didn’t Start the Fire” – it’s the Billy Joel song that isn’t “Piano Man” (or “You may be Right” for you Dave’s World fans out there). It’s the song where Mr. Joel sort of talk-sings his way through a bunch of names and things from history. In many ways, it is the spiritual, intelligible forefather to R.E.M.’s “It’s the End of the World as we Know it (And I Feel Fine)” (sing it with me now: Dun duhduh, duhduhduh, Leonard Bernstein!). It also has a bad music video. However, none of that is of particular importance or interest to me. I’m much more interested in what this song says about Billy Joel. 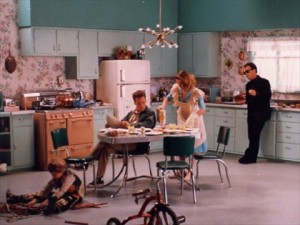 For a long time, this song to me appeared to be nothing more than a bunch of history crammed into four minutes with a chorus thrown in. Then, one day I noticed the chronological unbalance of the song. The first thing mentioned in the song is in early 1949, the inauguration of Harry S Truman. The song then stretches up to its release in 1989 with the cola wars, a struggle that cost the lives of so many brave men and women. There are five different sections of the song situated around the chorus containing historical references. The fourth section ends with the lyric that probably sticks out to people the most: JFK! Blown away! Of course, that happened in November of 1963, which means the last section is left to cover 1964-1989. That’s 26 years, after four sections were given to covering 14 years.

Now, your first thought might be that Joel simply had horrible pacing issues with the song and thus needed to really pick up the pace lest he end up with a 10 minute song. Since he’s not Phish that just won’t fly. However, I instead took this as a jumping off point to really think about the song. After doing so, I realized that “We Didn’t Start the Fire” is a deep look into Mr. Joel’s psyche.

After all, this song didn’t write itself. Billy Joel chose each and every fact and event to reference in this song, and he clearly did it with little to no concern about rhythm. I don’t know if any psychologist has ever thought to do this, but I think a good evaluation of somebody’s mindset would be to have them write their very own “We Didn’t Start the Fire.” Have them list all the events from their lifetime they consider to be significant and see what happens. It’s less inhumane than a Skinner Box, that’s for sure. 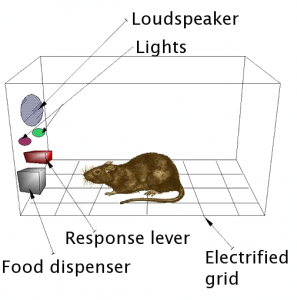