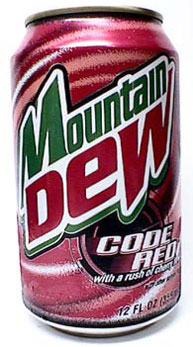 You're GODDAMNED RIGHT I ordered the Code Red, and it was delicious!

Galloway (Demi Moore): This past February you received a cautionary memo from the Commander-in-Chief of the Atlantic Fleet, warning that the practice of enlisted men disciplining their own wasn’t to be condoned by officers.

Jessep (Jack Nicholson): Well, I submit to you that whoever wrote that memo has never faced the working end of a Soviet-made Cuban AK-47 assault rifle.

This is A Few Good Men in a nutshell. Colonel Jessep feels that the rules do not apply to him, because of the extraordinary danger his soldiers face.

But do you want the truth? Can you HANDLE the truth?

As far as I can tell, no Cuban soldier has attacked an American soldier in more than 50 years. In fact, Guantanamo Naval Base is considered so safe that families are allowed to live there. According to the Navy’s website, Gitmo has a child development center, a youth center, two schools, a Sunday school, a Boy Scout camp, and a Girl Scout camp. It’s probably a much safer place to raise a kid than my neighborhood. 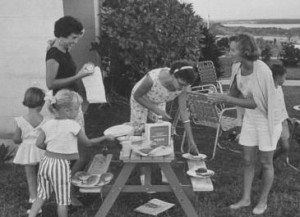 Militaries families enjoy a cookout at Gitmo, in 1960.

Earlier this year, Navy Commander Jeffrey Johnston, who has served at Gitmo for 20 years, answered some of the most common A Few Good Men queries for the “Stuck in the ’80s” blog. He said that Jessep’s famous statement that, “I eat my breakfast 300 yards from 4,000 Cubans trained to kill me” is a little misleading. Yes, there are Cuban soldiers on the other side of that fence. And technically they are trained to kill Americans, in the same way that Americans are technically trained to kill Cubans. But Jessep makes it sound like they’re actively trying to kill him, and Johnston says that’s just not the case. There aren’t any snipers waiting for a clean shot. Even if you put on an officer’s uniform and marched in front of the fence, Johnston says the Cubans would probably just laugh at you, since Gitmo is “a very casual place.” (I’m assuming his idea of “a very casual place” differs from mine. I’m thinking Chuck E. Cheese.) 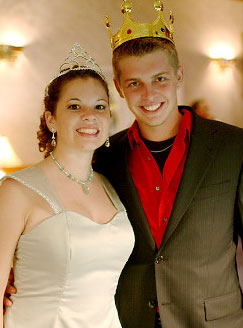 Gitmo not only has a high school, it has a PROM. Here are Josh Blood and Eryn McCarthy, the King and Queen.

I certainly don’t mean to say that Guantanamo is completely safe. Cuba and the United States have never had a great relationship, and that part of the world has never been entirely stable. In 1991 (when they were shooting the movie), the base became the makeshift home to 34,000 Haitian refugees fleeing a coup. In 1994, families and civilians were forced to leave when the refugee population swelled towards 60,000. And I don’t want to shortchange the strain of living in a 27 square mile enclave completely surrounded by enemy forces. Jessep’s statement about facing the working end of an AK-47 may be misleading, since nobody is actually getting shot at. But it IS accurate, in that the Marines are facing down Cuban troops 24/7. Jessep is certainly fair in saying, “I have a greater responsibility than you can possibly fathom.”

Let me be clear–I am not criticizing the seriousness with which Jessep takes his job. Whether or not we expect the Cubans to attack at any moment, those Marines should (and do) maintain the highest levels of discipline and readiness. But Jessep isn’t just demanding; he’s delusional.

At the end of the movie, Jessep thunders that “Santiago’s death, while tragic, probably saved lives.” This seems like a tough claim to defend. Even if Santiago was the worst Marine in the world, I don’t see how he could get people killed in a unit that hasn’t seen combat in the lifetimes of any of its members. Perhaps he felt that Santiago was such a train wreck that he might single-handedly provoke Cuba into a full-frontal assault.

Then he goes one step further: “My existence, while grotesque and incomprehensible to you, saves lives.” With all due respect, what, exactly, is he talking about? I realize that he’s speaking somewhat in general here: “College boys like you look down on military men like me, but you need us.” But how does running Guantanamo like his own private fiefdom save lives? What does he think would happen if he didn’t order that Code Red? 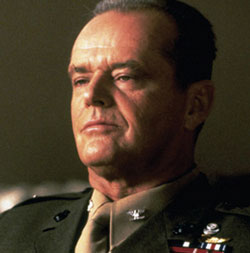 Jessep repeats the claim after he’s arrested: “I saved lives. That boy was–there was a weak link. I saved lives, you hear me?” And then he turns to Tom Cruise’s character with his most dire warning: “You put people in danger. Sweet dreams, son.” It’s unclear whether Jessep means that the Marines are now in danger because the Code Red has been taken off the table, or the entire United States is in danger from Cuban invasion, Red Dawn-style.

Even his famous statement that “you need me on that wall” is misleading. There IS no wall – it’s just a big-ass fence. “There are precious few portions of the base [the Cubans] can’t see,” Commander Johnston writes, “and we just assume everything we do is being photographed.” If these Marines really felt they were in danger from guys trying to shoot them, don’t you think they’d build an actual wall?

And it’s important to remember that the movie gives us no reason to think that Jessep is exaggerating. When I first saw A Few Good Men, I certainly got the sense that Guantanamo was a place where Marines were killed all the time. “Ever put your life in another man’s hands, ask him to put his life in yours?” asks Jessep. “We follow orders, or people die.” There are a lot of lines like that, and nobody ever says, “C’mon, do people really die?” 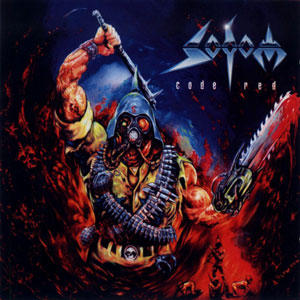 This is the cover to an album called "Code Red," by a band called Sodom. And you're GODDAMNED RIGHT I just ordered it on Amazon.

Of course, A Few Good Men is less clear-cut than one guy out to defend America at any cost, and another fighting for the rule of law. We have good cause to believe that Jessep isn’t being completely honest about his motives. Santiago first comes to Jessep’s attention when he tries to break the chain of command and rat out a fellow Marine for a supposed fenceline shooting. In other words, he’s making Jessep look bad. And we’re also told that “Jessep’s star is on the rise.” It seems likely that the Colonel had the guy hazed to protect his own career. Don’t forget, Jessep could have had the kid transferred off the base, but he refused. If he really thought Santiago’s poor performance put the other Marines in danger, it seems like it would be his duty to get him a nice desk job at some recruiting post in Idaho. But Jessep wanted to keep the kid close, where he could haze him into keeping his mouth shut.

This is the fascinating thing about Jessep’s big monologue–I don’t think even he believes what he’s saying. It’s a beautiful defense of the military, when taken on its own. But in context, it’s complete bullshit, and everyone in the audience understands this on some level. That’s why we all want to see Jessep go down. At the finale of A Few Good Men, the Colonel is put in handcuffs and Cruise growls, “You’re under arrest, you son of a bitch.” This feel satisfying, and it wouldn’t work if we thought the Colonel was a man of honor. The “truth” that Jessep says we can’t handle boils down to, “What I did was necessary for the safety of the nation.” But we clearly don’t believe it, because we’re happy to see the guy get dragged away. (It also helps, of course, that Jessep is an asshole. My friend Jordan points out Jack’s almost subliminally anti-Semitic sneer of “Lt. Weinberg.”) 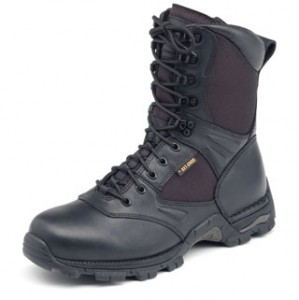 These boots are also called "Code Red." If somebody in the military were to order them, I'm sure hilarious misunderstandings would ensue. Suggested slogan: "You can't handle the truth. But you CAN handle our 90-day return policy!" I'll keep working on it.

But I’m going a little far afield. My point here is to explore the gap between how safe the actual Guantanamo is, and how Colonel Jessep portrays it as a place where death could come at any second. But maybe Colonel Jessep isn’t exaggerating… writer Aaron Sorkin is. What if within the world of the film, fictional Guantanamo is just a more dangerous place than its real-world counterpart. It’s not a coincidence that the movie never shows us all the children who live on the real base (much less the Boy Scout Camp). The more dangerous Sorkin makes the place seem, the more interesting the moral conflict at the center of the story is. The audience is a lot more inclined to forgive the Code Red (or at least understand it) if we believe that one solider who can’t hack it can easily get his whole unit killed. If the story was set at Fort Bragg, it wouldn’t quite work.

Sorkin was inspired to write the play by his sister, a military lawyer who really did defend Marines at Guantanamo accused of almost killing someone in a hazing that had been ordered by a superior officer. But even if he’d wanted to move the story to a more dangerous place, he didn’t have a whole lot of options in 1989. The cold war was over, and the Gulf War hadn’t begun. Guantanamo was about the tensest situation a soldier could face at that point.

But I’m wondering–if Sorkin wrote the play today, would he have set it somewhere else? And if he had, how would that have change things?

For instance, what if the Code Red happened out in Afghanistan? Let’s say Jessep was the leader of a unit that was out there hunting the Taliban on the daily basis. A unit that was actually taking enemy fire and heavy casualties. I’d feel uncomfortable about Tom Cruise’s pampered Harvard lawyer passing judgement on the way he maintains discipline and morale in the field. And if this version of Jessep was eventually sent off to jail for ordering a hazing that he thought would save the lives of his boys, it wouldn’t seem like a happy ending; it would seem like a tragic one. Maybe in this case, Tom Cruise’s character would eventually decide to let Jessep off the hook. THAT Jessep would have done it for the right reasons.

But for better or for worse, A Few Good Men is not a story about the unsettling things that true patriots have to do to keep the rest of us safe. (I’m sure the next movie that gets made about Gitmo will handle that nicely.) A Few Good Men is about an officer who accidentally gets a subordinate killed in an attempt to project his own reputation. All that “you can’t handle the truth” stuff is completely irrelevant. Whether or not you believe Guantanamo is a dangerous place within the world of the film, Santiago wasn’t hazed because he was a danger to anybody. He was hazed because, in Jessep’s own words, he “[email protected]#$ed with the wrong Marine.” And whatever the Colonel may claim after the fact, that’s the truth.

4 Comments on “HE can’t handle the truth”