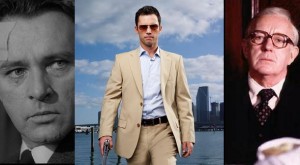 Burn Notice, for those of you without cable, follows the weekly adventures of Michael Westen, a former U.S. intelligence agent. Put on a blacklist (i.e., “burned”) by his employers, Michael got stuck in Miami with very little cash, no job history he can bank on and a globe full of enemies. To make ends meet while figuring out who burned him, and why, Michael helps people whose enemies live above the law. Think A-Team meets Miami Vice with some Bourne Identity thrown in.

Michael relies on the help of two of his most colorful friends – Fiona Glenanne (Gabrielle Anwar), the ex-IRA assassin whose fondness for Michael matches her love for C-4; and Sam Axe (Bruce Campbell), a retired FBI agent who prefers socializing with beach bunnies to shooting it out with drug dealers. His mother provides him with equal measures of support and stress, offering him a place to crash but also questioning him about his shady dealings. And Michael leverages favors from law enforcement, the criminal underworld or any of his “clients” to learn more about the show’s overarching mystery: who burned him and why.

Burn Notice blazes miles ahead of its competitors (in action/drama and thriller/comedy, two ancient genres) due to its remarkable cleverness. Michael rarely uses a gun in the course of an episode, preferring instead to talk past, trick or disarm his opponents. Without his agency resources, he has to improvise complex technical devices from common household equipment. He plays enemies off against each other, runs mind games within mind games, and does it all with a grin. Not only that, but a constant voice-over narrates the details of Michael’s job – the world from a spy’s perspective. 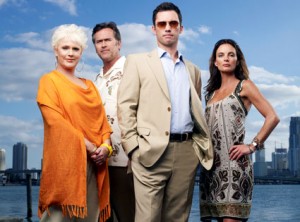 Here’s Michael in the pilot episode, making a bug out of two cell phones:

To build a listening device, you need a crappy phone with a mike that picks up everything. But you want the battery power and circuits of a better phone. It’s a trick you learn when the purchasing office won’t spring for a bug.

And here’s a short list of clever things Michael did in the most recent episode, “End Run”:

That’s more tradecraft, gadgetry and clever fisticuffs than you’d see in an entire season of 24.

So we’ve identified Burn Notice as one of the smartest and most fun series on television today. But why is it so good?

5 Comments on “The Spy Who Came In From The Sun”