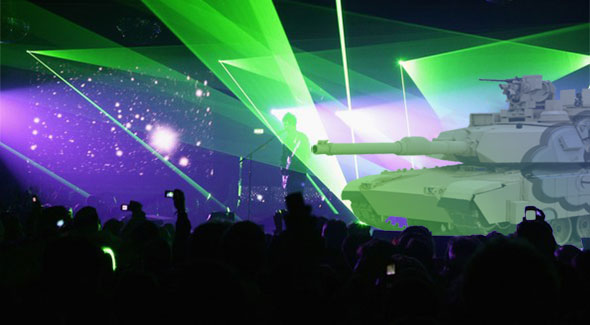 “Eurovision” sounds like some kind of space age goggles that allow you to see the world as a European does. (For instance, soap is rendered completely invisible.) But it’s actually a 53-year-old competition held between the countries of the European Broadcasting Union. Each nation picks a musical act to compete in a series of live broadcasts, and hundreds of millions of people watch and vote on the winner. (You can’t vote for the country you live in.) You can read Belinkie’s coverage of last year’s competition here and here.

This year’s Eurovision starts on May 12, in Moscow. (I’m pretty sure Moscow is not in Europe, but apparently, the European Broadcasting Union never broadcast Where In the World Is Carmen Sandiego.) You can watch previews of all 42 entries here. We already have, and here are our personal favorites. Read all the entries and vote at the end.

The New York Times ‘The Moment’ Blog describes Gipsy.cz as “gypsy rappers,” but their entry defies all known rap conventions:

Let’s break down this video into its component pieces:

(1) A man who looks like character actor Nestor Carbonell (Richard Alpert on “LOST”, the mayor in The Dark Knight) … 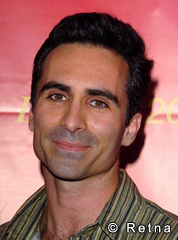 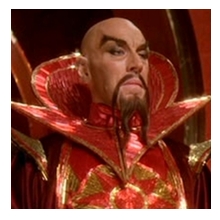 (3) … and accompanied by Gypsy fiddlers … 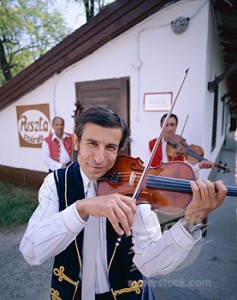 (4) … struts around on the stage, pumping his fist with all the sincerity of a small-town musical … 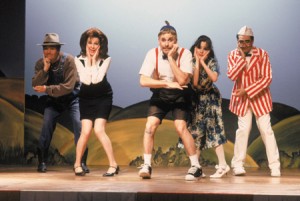 (5) … singing an impassioned song about prejudice against gypsies.

And that’s just in the first 30 seconds.

Then the song busts into a syncopated chorus that sounds like DJ Tevye sending a shout out to Bahama Bay.

Gypsies, or “Roma,” are a subset of the larger Romani culture. Believed to have emigrated from India nearly nine hundred years ago, they dispersed across the entire roster of Eurovision member countries: from Turkey to the Iberian peninsula, from Italy to Russia.

Gipsy.cz chose to use several disparate art forms – folk music, pulp science fiction, musical theater and rap – as a synecdoche for the diversity of Romani culture. Rather than create a confusing melange of styles from each nation that the Gypsies have visited, they created a stupefying melange of styles from genres selected, apparently, at random.

“Copycat,” Belgium’s entry in the 2009 Eurovision song contest, doesn’t make a strong first impression.  In the first 20 seconds of the clip, the viewer is bombarded with a garish and disorienting set of images: a singer with a pompador and a sequin blazer, female backup singers with neon pink wigs, and an animated cat so silly looking that even Paula Abdul wouldn’t dance with it.

Based on these characteristics alone, “Copycat” doesn’t seem to rise above the “car crash of cultures” that makes the contest seem dated, silly, and incomprehensible to American viewers.  However, if you stick with the video until the end, it reveals a tremendous amount of thematic complexity and subtlety, characteristics often sorely lacking in the Eurovision field.

The central lyrical conceit of “Copycat” is that singer Patrick Ouchène, a long-term fixture in the Belgian rockabilly scene (yes, this actually exists) is jokingly accusing Elvis of ripping off his music and personal style. There are a lot of great lyrical moments in the song, including the references to the King’s “girly mouth”, his “voice that quivers,” and his late-life weight problems and love of peanut-butter banana sandwiches, but the line that sends it over the top comes in the bridge, in which Ouchène speak-snarls:

Way down in America
theres a guy, rich and arrogant
Dating my fair Priscilla
He makes me want to hire a killer

In this brief moment, the song transcends both parody and homage and descends into the realm of the psychotic, revealing a fan so obsessed with authentically replicating his hero, that he would kill his idol for failing to live up to the image that exists in his mind. This darkness underneath the song’s bright surface also works as a wry criticism of rockabilly culture.  Contemporary rockabilly scenesters are known for fetishizing the music and clothing of the 50s in a way that the musicians who were active at the time never really did.  By drawing attention to the tendency of derivative artists to set standards that the originals could never uphold, Ouchène reveals how contemporary rockabilly artists (including himself) are ultimately doing violence to the originals.