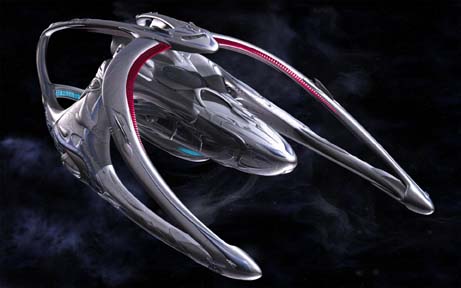 She sailed beyond the horizon of the event.
The pull suspending both her mind and voice,
Like a spaceship wholly spaceship, slipping
Its silent streams; and yet its epic stillness
Made constant show, caused constantly a series,
That was not ours, although we understood,
Because we do not have a spaceship. 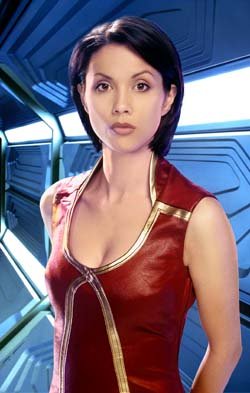 The Asian chick was the computer. No more was she.
The robot and hologram were different characters
Even if what she sang was what she heard,
Since what she sang was uttered word by word.
It may be that in all her phrases stirred
The grinding water and the gasping wind;
But it was probably just the same actress filmed on two different days.

For she was the pilot and the ship she rode.
The ever-sassy, tragic-contracted Rommie
Was merely bound to appear on the show for a time.
Whose spirit is this? we said, because we knew
They were saying that Doyle was the same as Rommie
Although she was not played by the Asian chick. 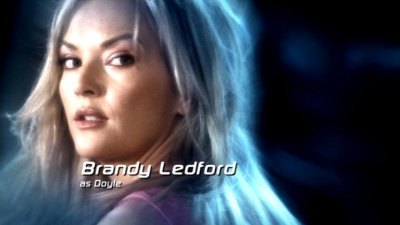 If it was only the dark voice of Rhade
That rose, or Tyr with many dreads;
If it was only the outer voice of sky
And abyss, of Rev Bem, self-walled,
However strange, she probably wouldn’t have left the show,
The heaving speeches, recycled plots
Repeated action hours without end
And late at night. But it was more than that,
More even than that the show was kind of bad,
The meaningless overly complex subplots,
Theatrical alien names, needless literary references
Or that she was sexually harassed by Harper
In every episode. 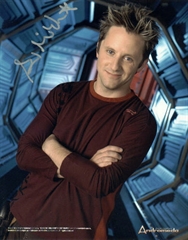 It was the purple alien chick
And how she changed colors every season.

And how they took away her tail and gave her superpowers.
She was the single artificer of the world
And that didn’t make any goddamned sense.
Whatever self Trance had, became the self
That was probably not in the next episode. But we,
As we beheld her striding there alone,
(In that skin-tight purple vallure unitard)
Knew that there never was a world for her
Except when the writers pooped and, pooping, made. 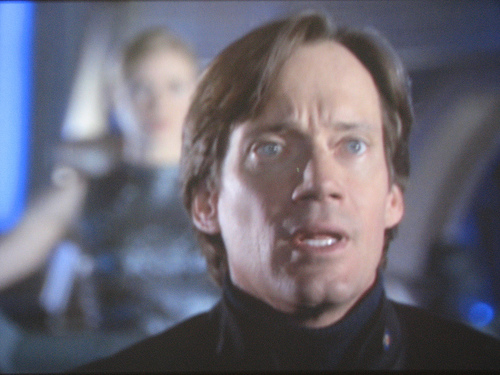 Kevin Sorbo, tell me, if you know,
Why, when the season ended and we turned
Toward the town, tell why the glassy lights,
The lights in sky and Andromeda in flight,
As the Magog descended, tilting in the air,
Mastered the slipstream and battle drones,
Fixing blazing nova bombs at Nietzcheans,
Why you tried to not have the spaceship in any of that season.
(Did you think you’d get away with it?) 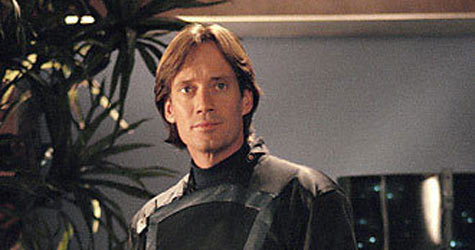 Oh! Blessed rage for order, swarthy Sorbo,
The director’s rage to order words of space,
Words of the Route of Ages, the Abyss,
And of yourselves and of our origins,
In ghostlier syndications, and what the eff happened in the series finale. 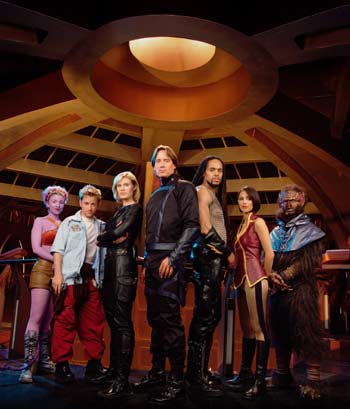 (Because I still don’t understand it.)