“Your future is what you make it,” Doc Brown tells Marty, “so make it a good one!” Then he zooms off in his whimsical flying train. Happy ending!

Except no, no it’s not. Marty McFly has no future, because of two big issues hanging over his head at the end of the trilogy:

1. He doesn’t know anything about his own life. 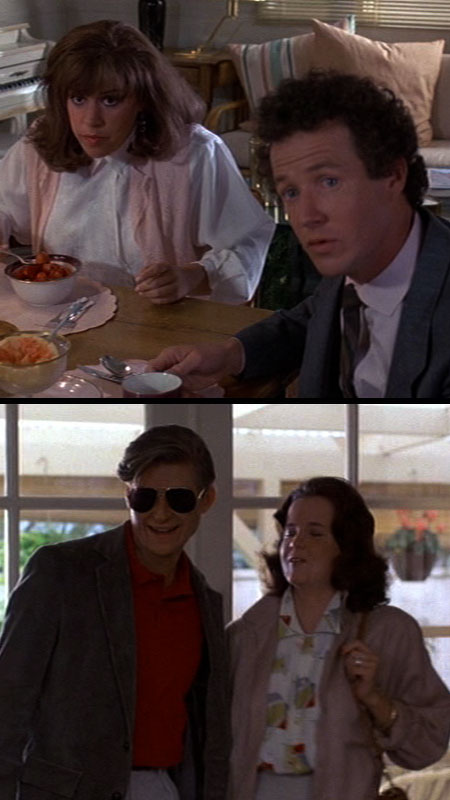 In the first film, Marty’s actions led to his dad standing up to Biff. When he returns to the present, Marty is shocked to discover that George is now a self-confident author, his mom is thin, and his siblings are well-adjusted. It stands to reason that virtually everything that’s happened in the past eighteen years is different than what Marty remembers. We see an example of this when Marty thinks the car has been totaled, and his parents think he’s crazy. In effect, the family Marty has known has been replaced with four strangers that look exactly like his family, which is pretty horrible.

But it gets worse. Marty doesn’t even know who he is in this reality. If his parents are different people, then he was probably raised in a different way – after all, his brother and sister are completely transformed. Perhaps the Marty in this timeline is a straight-A student instead of a slacker. Maybe he’s an All-State trombonist instead of a rock guitarist. He apparently still is dating Jennifer in this reality, but the details of their relationship might be totally different – for all his knows, they could have both taken a virginity pledge.

Marty very well may not have a single memory that’s accurate as far as everyone else is concerned. How long can he live that way? How long will he want to live that way?

But that may be a moot point, because…

2. Every law enforcement agency in California is probably looking for him. 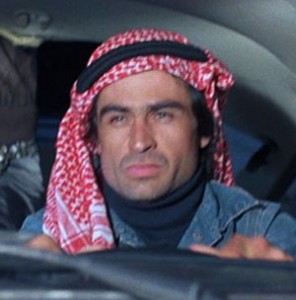 This is what we call a loose end.

When the police discover a group of dead, heavily-armed Libyan terrorists in the parking lot of the Hill Valley Mall, it’s not going to take them too long to come knocking on McFly’s door. First of all, there may be a security tape that shows Doc and Marty at the scene. Even if there’s not, the terrorists probably have some sort of document on them that shows they were looking for Emmett Brown.

Investigators will quickly find that Brown has apparently vanished off the face of the earth (he’s completely absent from 1980’s Hill Valley after the events of the trilogy). They’ll also learn that Marty is Doc’s only friend, and that Doc called him mere hours before the terrorists were discovered dead. And when they turn Doc’s home inside out and find evidence he’s been in contact with the Libyans for months about building a bomb, they’re going to go over every aspect of Marty’s life with a fine-toothed comb. They’ll grill him and discover his amnesia (see Point #1) and that will only further their suspicions.

Back to the Future IV

INT. HOSPITAL – DAY
A DOCTOR sits behind a desk. Facing him is a middle-aged couple, GEORGE AND LORRAINE MCFLY.

DOCTOR: Mr. and Mrs. McFly, I’ve never seen a case quite like this. When did you first notice the memory loss?

GEORGE: Two days ago. He woke up that morning and seemed confused. He thought my car had been destroyed for some reason.

LORRAINE: Is it amnesia, doctor?

DOCTOR: It’s more complicated than that. He knows who you both are. He just doesn’t remember any of the details of his own life.

MARTY (O.S.): Okay, let me try and explain this again…

Pan over to reveal MARTY MCFLY sitting in the corner, in a straight-jacket.

MARTY (cont’d): I come from a parallel universe. In the world that I know, my dad works for Biff.

DOCTOR: What I find fascinating is that while his memories of the present are delusional, he has these vivid “recollections” of the two of you in the 1950’s.

LORRAINE: How is that possible?

MARTY: No, the mysterious stranger who brought you two together!

DOCTOR: I’m afraid he may have some sort of dissociative personality disorder…

MARTY: Don’t you think it’s odd that I look exactly like him?

MARTY: No he didn’t! That was me! I traveled through time in Doc Brown’s DeLorean!

DOCTOR: And what happened to this “time car?”

MARTY: It was hit by a train.

GEORGE: What were you doing driving on the train tracks, young man?

DOCTOR: That behavior concerns me. He could be suicidal.

The door opens. BAILY, a man in a dark suit, enters and closes the door.

DOCTOR: Excuse me, I’m in the middle of something right now…

BAILY: I’m afraid it’s a matter of national security, doctor. Mr. and Mrs. McFly, my name is Richard Baily, FBI. What I’m about to tell you is highly classified. Hill Valley has been infiltrated by terrorists.

BAILY: Two nights ago, a van of heavily armed foreign nationals crashed in the empty parking lot of the Hill Valley Mall.

Baily tosses some photos onto the doctor’s desk. The top one is a still from Back to the Future, of the terrorist van upside down in the parking lot.

BAILY (cont’d): They have refused to speak to us so far, but we believe they might be Syrian.

MARTY: No! Those are the Libyans!

GEORGE: Marty! What do you know about this!

BAILY: Our investigation indicates the terrorists may have been trying to build a bomb with the aid of Doctor Emmett Brown, a known associate of your son.

BAILY:And since Doctor Brown seems to have fled the country, your son may be the only person who can tell us what the hell is going on.

LORRAINE: Are you saying my son is a terrorist?

MARTY: This is heavy.

The door suddenly bursts open. DOC BROWN is standing there, holding a gun.

DOC BROWN: I’m sorry Marty. I came as soon as I got to the future and read about your execution.

BAILY: Brown, you traitor. I’d have figured you were smart enough to be in Argentina by now!

DOC BROWN: Come on, Marty! We have to go back… to the past!

INT. LABORATORY – DAY
Doc Brown sits in a swivel chair and talks on a corded phone.

DOC BROWN: Hello, is this Sheikh Abdul Muhalla? Hi there. I was told you might potentially have access to large amounts of weapons-grade Plutonium?

The door to the lab bursts open. Another version of Doc Brown and Marty run in, wearing their clothes from the previous scene. Marty’s straight jacket is unstrapped now, and he carries a skateboard.

DOC BROWN 2: What the hell do you think you’re doing?

DOC BROWN 1: I need Plutonium to generate the 1.21 jiggowatts of…

Doc Brown 2 punches him in the face.

DOC BROWN 2: Do not offer to build the Libyans a bomb, you idiot!

Marty hits him with a skateboard.

MARTY: The time machine project is over, got it?

DOC BROWN 2: Take a teaching job or something!

EXT. DOC’S HOUSE – MINUTES LATER
Marty and Doc walk out of the house.

DOC BROWN: Now we head back to 1984. Your dad will once again be a spineless wimp, I’m afraid. But at least neither of us will be wanted terrorists.

They begin to walk towards the “time train” from Back to the Future 3, which is parked on the front lawn.

MARTY: So what are you going to do now that time machine is off the table?

DOC BROWN: I have an idea for a great new invention. I call it… a “Terminator!”