Let’s play a new game called Guess the Title!  Here’s a story for you.  You read it and then guess what title I’m referring to.

Two characters who live back in historical times have finally returned from a long and brutal war.  One is a knight: blond, gaunt, tired from the years of fighting, yearning to return to his beautiful wife whom he married when they were both very young.  He is usually quiet and stoic, a state that obscures his tormented inner soul and existential anguish.  Every so often he’ll break down and start raging against the gods.

The other man is his squire.  He’s a buff fellow with buzzed hair, and he’s the exact opposite of his master.  He’s gruff, bawdy, and he loves the world.  Not one for angst, he’s a “live in the moment” kind of guy.  In fact, he barely takes a moment to think of the consequences before he saves a poor, nearly-mute, oh-so-hot waif from slavery and death, even though it could have gotten him into major trouble.  Don’t be fooled by his singing and joking, though; he can easily kill you if you get in his way.

Although these two seem to have nothing in common, they are the best of friends, sticking together even as the world crumbles around them.  Their quest is to return home and live in peace – but death lurks around every corner.

And the title is… 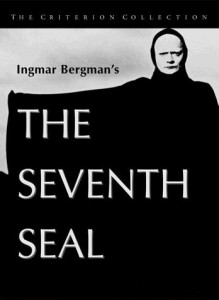 If you guessed The Seventh Seal, you were right!  I just watched the movie this past week after putting it off for quite awhile.  You see, I thought it would be dark and heavy – and it is, kind of – but it’s also morbidly funny and refreshingly straightforward.  It’s been a long time since I’ve seen a movie so bereft of irony, and I doubt we’ll see that kind of movie ever again. 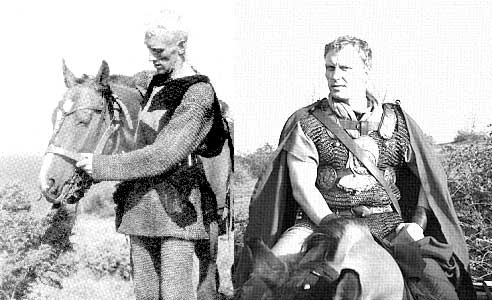 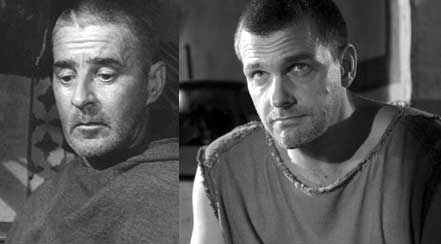 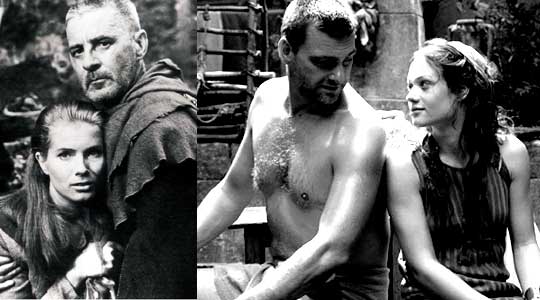 HOLY CRAP, you’re right.  What the hell, Rome?!  Did you intentionally steal from Bergman?  I mean, good show if you did…  But… why?  What was the point?

Did anyone else notice this?  Am I going crazy?

8 Comments on “Guess the Title!”