Last month, there was a cool article in the Times about The Sarah Connor Chronicles, although I didn’t get around to reading it until now.  The writer, Ginia Bellafante, does an excellent job of OverthinkingIt ™ in terms of its religious symbolism, apocalyptic mood, and political leanings.  She even makes mention of John Connor’s Important Haircut at the beginning of this season, thus scoring points in my book.

But then, at the very end of the article, she says this:

Like “Lost,” “Sarah Connor” speaks in code, but one that is considerably easier to read. The name of the Skynet brain is not geopolitically neutral: it’s called the Turk. So the machine endangering mankind is symbolically Ottoman.

Oh, come on, New York Times.  Read into the ethnicity of the series’ chess playing computer if you must, 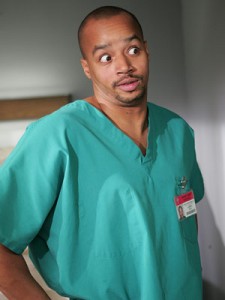 but do the research first.  Even I knew that the Turk is a reference to an Automaton Chess Playing machine that wowed audiences through the late 1700s and early 1800s.  If you want to Overthink the Turk, don’t talk about the fact that it’s “symbolically Ottoman.”  Talk about the fact that it was a giant hoax.  The chess playing robot was actually just a chess master in a box.  If we’re going to read any symbolism into that, maybe it should be that Terminators and humans are more similar than anyone once thought and that the evils and ambitions of the Terminators are extensions of human evils and ambitions.

Why did they call this chess machine The Turk, anyway?  Maybe these 18th century hoaxers were also playing up fears of Middle Easterners and terrorists.

Yeah, no.  The machine was made to look like a guy in a turban, because mystical-looking old men in turbans = magicians = sexy and exotic.  It was just another way to wow the audience.

Research, New York Times!  Research!  Or are we to assume that Turk from Scrubs is a political symbol, as well?

Or read more from… TV, chess, do your research, overthinkingit, Terminator, terrorism, the sarah connor chronicles