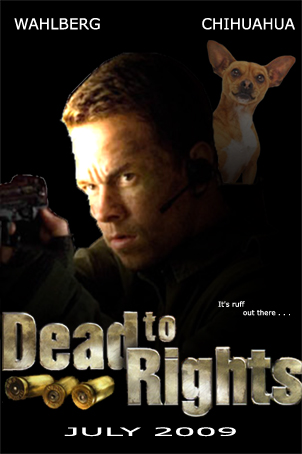 As any millennium generation video gamer knows, sometimes what a John Woo/Wachowski Brothers-inspired police detective fighting impossible odds really needs is an uncannily smart dog, and what an uncannily smart dog having adventures out in the big city really needs is a dark conspiracy of power and corruption that requires it to crawl through mazes and push buttons with its nose.

More on dogs, antiheroes, antihero dogs and Dead to Rights, after the jump – 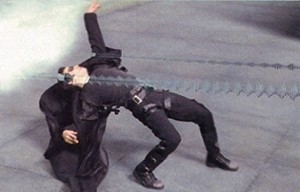 The rise and fall of bullet time

Max Payne and Dead to Rights were both video game series based around “bullet time as game mechanic.” 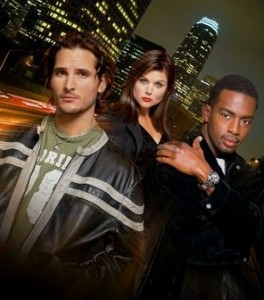 The idea is simple: Wouldn’t people love to spend 15-35 hours of their lives living out that one really cool scene from The Matrix? This was back in the heady days of Fastlane, where Bill Bellamy and Tiffany Thiessen (she’ll always be Amber Thiessen to me) were introducing us to high-tech, luxury crimefighting devices like Lamborghinis, text messaging and camera phones. So of course, the response from gamers was, “Yes, please!” faster than you can say “A la tuhuelpa legria macarena.” 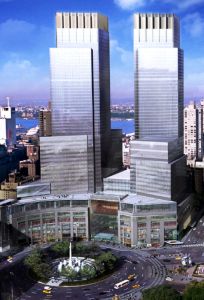 And just as every company that builds a great skyscraper promptly begins its inexorable decline to irrelevance — like the Chrysler Building, the Sears Tower, the Pan Am building, St. Peter’s Basilica and the U.S. Capitol — so is, I think Max Payne: the Movie (and its as-of-press-time 17% tomatometer rating, which, by the way, is less than half of Beverly Hills Chihuahua’s) a pretty good sign to all of us that, while bullet time is still going to be around, it’s pretty much covered all the ground it’s going to cover.

It is already passing into self-parody, as with John Woo’s Stranglehold, which casts the player as a third-person rendering of Chow Yun Fat and challenges him or her to negotiate the scenery of artful and stylish gunfights while racking up points Tony Hawk style, going spicy handed, sliding down banisters or rolling through Hong Kong mafia headquarters on a dim sum cart, guns blazing, shooting guys in the face. SCORE! 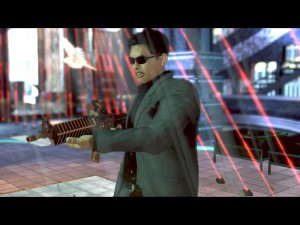 Yes, there are doves in the game.

And even as Angelina Jolie taught us to bend our bullet-time like Beckham in Wanted, we can be pretty sure it’s time to start cashing out the genre’s major properties before they become worthless.

Thus the motive, nay, necessity of a Dead to Rights movie.

A boy and his dog

Jack’s job is to find the bad guys and kill the just-as-bad-but-more-expendable guys who get in the way (in slow motion, ‘natch), and the player regularly switches control between him and Shadow, who occasionally gets in the mix but usually solves puzzles and traverses construction sites and does other things that lead you to believe that the boys at Mayhem, Inc. were at one point sitting in their lair saying “No one will ever find and defeat us, unless he happens to bring a Siberian Husky with him every step of the way! Bwa ha ha ha!” 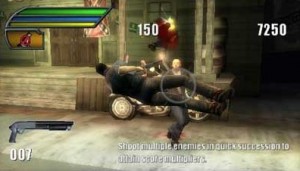 The Dead to Rights franchise is Lassie the way you wished it could always be. Timmy is pissed off and shooting people for complex and tenuous reasons, and Lassie will tear a mobster’s throat out before climbing down the well to save Old Man Willoughby. It’s one of those video games that developers pumped out as quickly as humanly possible as soon as they figured out how to digitally texture-map stubble.

But Dead to Rights (at least the original; the only one I played) was also disappointingly flat. The concept was compelling enough, but they relied too much on its novelty and didn’t really stretch it in interesting directions. Which, when you think about it, could be the epitaph for all of bullet-time-ography, from Action Man to Eye Vision to The Matrix: Reloaded.

Slow it down for the ladies

I am probably not going to see Max Payne in the theaters, and I suggest you probably don’t either. Movies like this have a time and place, and it’s three times a week on TNT or TBS alongside daily airings of Constantine and The Hunt for Red October. Once Max Payne has found its home there (which will probably happen in about eight months), I’d encourage you to take as many breaks from Rock Band 2 as necessary to be able to say, “Yeah, I saw part of that. It was okay, but I don’t care if you spoil the ending.”

Their other place Max Payne belongs is with its brethren back in bullet time, in the salad days of the early aughts, when men were men, colors didn’t run, and anything worth doing was worth doing at one-eighth speed in a rotating crane shot.

16 Comments on “Jack Slate and Shadow Rule the Box Office”