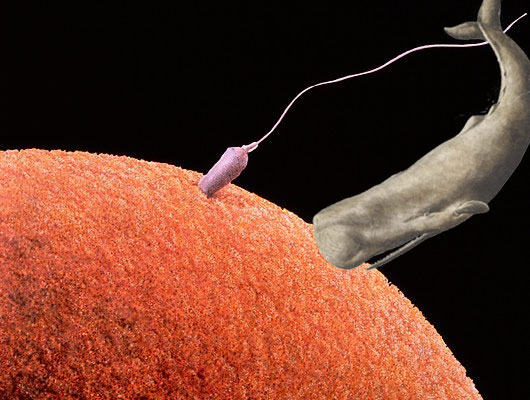 What are we, like twelve? Honestly, this has got to stop.

And in case you thought that maybe “sperm,” in this case, had some sort of esoteric, alternate meaning, no, it doesn’t:

The whale was named after the milky-white waxy substance, spermaceti, found in its head and originally mistaken for sperm.

This is one of the largest, most majestic animals on the planet! It is an animal that people will pay serious money just to get a glimpse of. And it is named after sperm for no good reason.

I know that at this point, we’re kind of married to the name. But would people ever be able to accept a “vagina bear”? A “scrotum turtle”? I mean, there’s a monkey with a giant red ass, but do we call it the “ass monkey”?

No we don’t. Because we have a little thing called class.

We can do better, people. Physeter macrocephalus deserves a name that isn’t sperm-related.

8 Comments on “Things With Bad Names: The Sperm Whale”