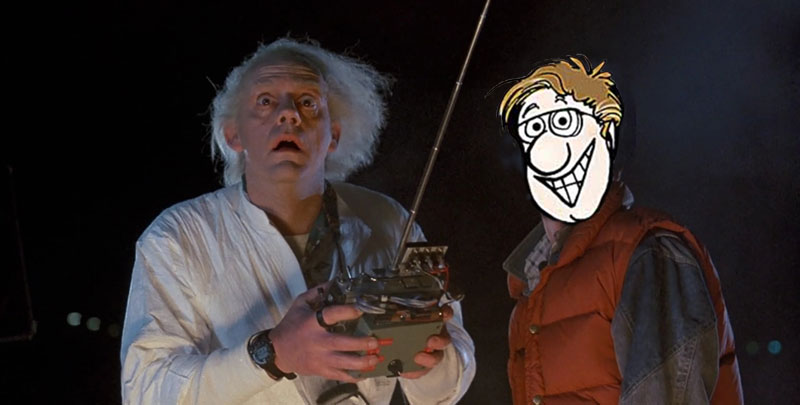 Okay, I can’t really claim to be a regular comic strip reader. But I recently became aware of exciting new developments in Lynn Johnston’s For Better or For Worse (question for all you Strunk and White nerds – is the name of a comic strip italicized?). I feel like Ms. Johnston, without even meaning to, may have pointed the way towards a new style of storytelling. 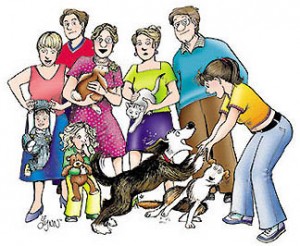 For Better or For Worse centers on the Pattersons, a typical nuclear family. Maybe too typical – sometimes they seem a little retro in their wholesomeness. But the strip’s set in Canada. Maybe things really are that wholesome up there.

What made For Better or For Worse unusual was that its characters aged in real time. When the strip began in 1979, Elizabeth was a toddler. It ended earlier this month with her marriage. It kind of split the difference between the hardcore serialized strips (Mary Worth, Rex Morgan M.D., and, God help us, Prince Valiant), and the ones that were just out for laughs (Garfield, Calvin and Hobbes, and God help us, Family Circus).

Sure, there are plenty of strips where the characters go through life changes (did you all know that Cathy is married now?!), but Johnston had a real interest in storytelling. For Better or For Worse was a soap with punchlines.

Johnston’s 61 now, and for years she’s been planning to retire. (Her health, sadly, is not great.) But in 2007, her husband of over 30 years left her for another woman. And because of this, she decided to make her retirement into semi-retirement.

There it was in full color in the big Sunday strip: As Elizabeth’s parents are dancing at her wedding (to Anthony, thank God) Johnston herself enters the strip in cartoon form and tells us that starting the next day “For Better or For Worse” will rocket back almost 30 years in time to soon after it began.

Elizabeth, now 27, would be a baby again. Michael, who loved to taunt his sister, calling her “Lizard Breath” when they were growing up, would be about grade-school age. On the positive side, family patriarch John Patterson would shed that pot belly he’d been growing in recent years and his wife, Elly, could finally put away all those anti-wrinkle products she’d been obsessing over for about the last decade.

She’s not rewriting the past – as far as Johnson is concerned, every that’s happened in FBorFW is “canon.” She’s just showing us the strips between the strips that she drew 30 years ago.

It’s too early to say how ambitious Lynn will get with this new phase of the strip. Personally, I hope she’ll use this second run to flesh out her character’s backstories and motivations, giving the events we’ve already read new meaning. For instance, maybe something that the mom said back in 2003 will turn out to be a paraphrase of something her son told her decades before. (By the way, I’m using the editorial “we.” I personally have only a vague knowledge of the strip.)

Imagine if you wrote a draft of a novel, and then for the second draft, all you could do was add stuff – you couldn’t change anything you already wrote. If you were clever enough, you could make all the first draft’s flaws into opportunities, right?

Then I started wondering, is Lynn going to move forward in the same real-time way as before? Or is she going to skip around, knowing that the timeline is established? One week is about the birth of baby April. The next week is about her prom night.

Then I started thinking, wouldn’t it be amazing if she’d STARTED off that way? What if she’d told the story of the Patterson family out of order the first time around? On Monday, there’s a little girl with her first crush on a cute boy. On Tuesday, we see the same girl as a grown woman, married to that boy.

So over the course of hundreds of strips, we begin to get a picture of a family over the course of decades. Fans on the web could meticulously put the strips in chronological order, building a timeline out of the scraps of narrative they’re given, and speculating on the big gaps (“How did that guy die? Are we sure he’s dead?”) Every day you’d check the latest strip, not knowing if it’ll be meaningless fluff, or a key to the Big Picture.

But that picture will never be complete, of course. We might know two people get divorced, but we’ll have to wait years to find out exactly why – or maybe we’ll never get that strip. Maybe someone is accused of a crime, but we never get to see the strips where the crime unfolds, so we’re never quite sure of the truth.

Some weeks, the strips might be randomly chosen vignettes. Other weeks, they could be themed – seven different family vacations, or seven first kisses with different boyfriends. Or, they could be chosen to tell a story – seven key father/son moments, showing them gradually drifting apart.

What other medium besides a comic strip could you use to tell a story this way? A story with the scope of an epic novel, but revealed in bits and pieces, leapfrogging decades from day to day? Thank you, Lynn Johnston, for your vision. It may not happen in our lifetimes, but For Better or For Worse is laying the groundwork for a future masterpiece.

Or read more from… Comics, for better or for worse, great scott!, lynn johnston, the funnies