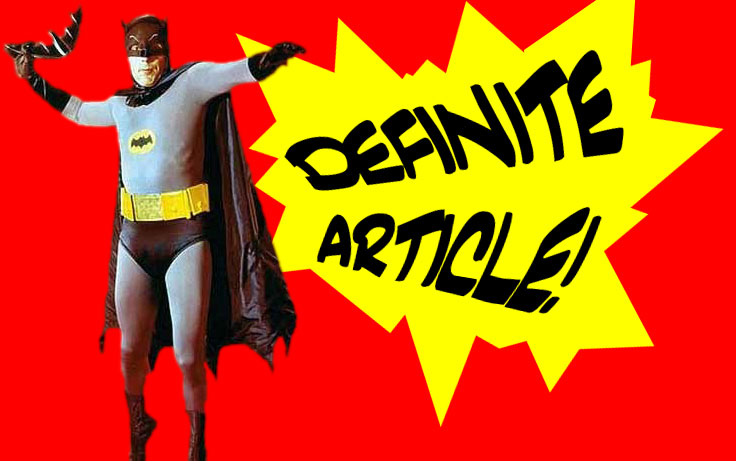 Wow… the Batman! Or is it just “Batman?” Uh, your choice, of course!

The future Catwoman has a good question. Sure, the movie titles always refer to the guy as plain old “Batman.” But he didn’t start out that way. Here’s a quote from Batman creator Bob Kane’s autobiography (via Wikipedia):

One day I called [collaborator Bill Finger] and said, “I have a new character called the Bat-Man and I’ve made some crude, elementary sketches I’d like you to look at.”

Italics mine. Sure enough, when the character was introduced to the world in Detective Comics 27, it was with the “the.” 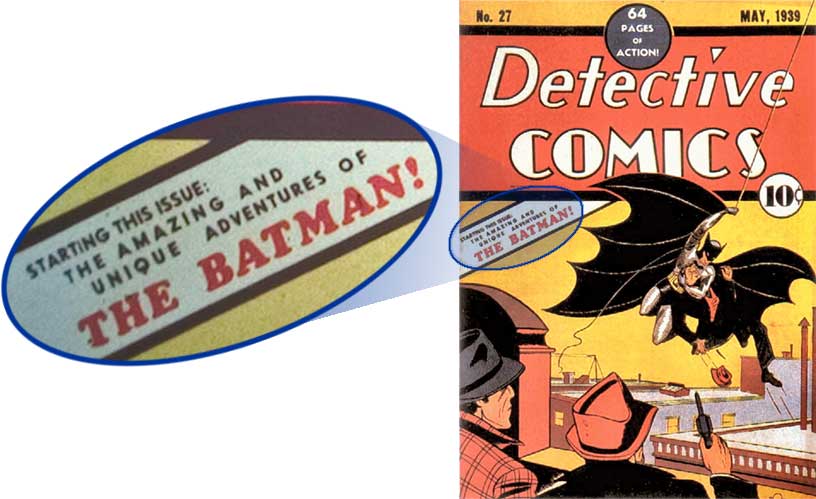 So which is correct: “Batman” or “the Batman?” Are both acceptable? Which does he prefer? To figure it out, we have to consider superhero names in general, and decode the function of the “the.”

Superhero names without a “the” are basically nicknames. Wolverine. Daredevil. These are people who go by different names for a specific purpose. They are noms de crime-guerre.

But a superhero name with a “the” no longer refers to a person. It refers to a thing. A creature. A myth. The definite article implies there is something indefinite about the character. The specificity compensates for the strangeness.

The most prominent “the” heroes are the most monstrous. The Hulk. The Thing. But you can be inhuman in a non-physical way. A great example is The Joker. He may look a little strange, but no one doubts he’s a person. And yet, he’s so crazy, murderous, and devoid of all human qualities that it seems somehow appropriate to call him “the” Joker. He’s a thing, not a man.

But there’s another category of “the” heroes: the ones who choose the “the” for themselves. They want to shed their humanity. For example, the Punisher. He’s basically just a guy with some guns. But by calling himself the Punisher, he’s trying to embody retribution itself. He wants to be a symbol, and the “the” is part of that.

In Batman Begins, Bruce Wayne spells this out pretty clearly:

He needs to be larger than life. He needs to be the Batman. (For more on this, please see Fenzel’s epic Philosophy of Batman post.)

Of course, there’s a Batmobile-sized hole in my argument: when he introduces himself to the gangster Falcone, he says, “I’m Batman,” not “I’m the Batman.” But let’s look more closely at who calls him what.

I went through a transcript of Batman Begins, and found that he’s called “the Batman” on four occasions: 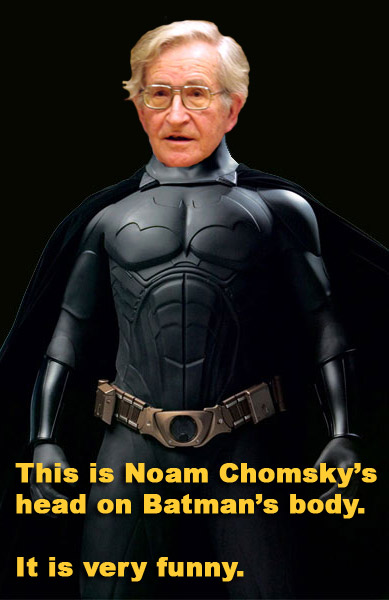 PEOPLE WHO CALL HIM “THE BATMAN”

He’s referred to as plain old “Batman” six times. But look who does it:

PEOPLE WHO CALL HIM “BATMAN”

His friends call him “Batman,” and his enemy calls him “the Batman.”

There’s no transcript of The Dark Knight online yet, so I can’t crunch the numbers. But I’m pretty sure it’s the same deal. Alfred:

They’ll hate you for it, but that’s the point of Batman, he can be the outcast.

I know why you’re afraid to go out at night. The Batman.

I’m sure you can think of exceptions. But basically, people who think of Batman as a person call him “Batman.” Whereas criminals, to whom Batman is practically a ghost, call him “the Batman.”

And what about you, dear reader? Do you prefer to think of him as “Batman,” a playboy with a cave full of cool toys? Or “the Batman,” a dark figure lurking in the shadows, eternally watching over Gotham? 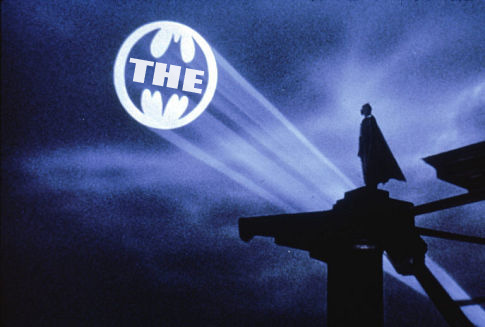 10 Comments on “Batman vs. the Batman”