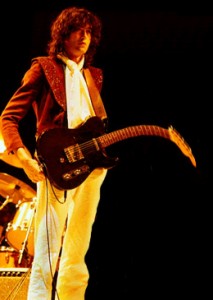 I really wish I could blame the Chinese for this one, but alas, it seems like the Brits censored their own Led Zeppelin and forced a minor lyrical change for a performance of “Whole Lotta Love” at the Olympic Closing Ceremonies.  Two reasons are cited in the news report; 1) organizers deemed a particular lyric “too racy” and 2) female singer Leona Lewis who sang with Robert Plant thought that the lyrics weren’t fitting of a female singer.

BEFORE: I’m gonna give you every inch of my love.

AFTER: I’m gonna give you every bit of my love.

As the Brits say, BULLOCKS. What’s rock and roll without double entendres?  See what happens when you start to sanitize some of rock’s greatest penis references after the jump:

Let the emasculation begin.  I present four examples of what would happen if these folks got their hands on some of rock’s great double entendres:

I know there are many, many more examples out there, so whip ’em out in the comments!