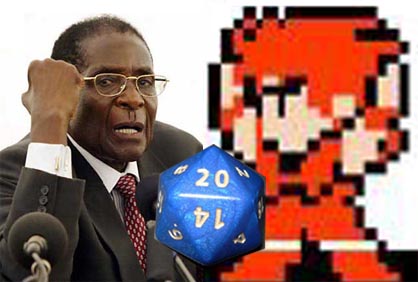 This makes Mugabe officially a fighter, which is probably the class he should have been all along.

But before we look forward at the next few years of borderline-genocidal min-maxing that Mugabe will bring to his beleaguered nation once he is declared the winner of last week’s joke election (as of this writing, the votes hadn’t been counted, but, oops, SPOILER ALERT!), let’s take a look at what Mugabe loses along with his Paladin class, and what he did to let it slip away — 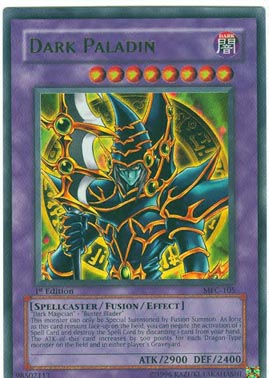 A paladin who ceases to be lawful good, who willfully commits an evil act, or who grossly violates the code of conduct loses all paladin spells and abilities (including the service of the paladin’s mount, but not weapon, armor, and shield proficiencies). She may not progress any farther in levels as a paladin.

This is a very serious rule. Shaquille O’Neal is also finding that out the hard way.

But as is the case with most D&D players (and unlike Shaq Diesel), it’s not like Mugabe was on the fence. As anybody who’s played D&D knows, there are guys who really pretty much just play to kill things. Or to just beat the Hell out of them. Or drive them fom their homes. Or try to assassinate them. Or imprison them and torture them. Beholders, goblins, women and children, the disabled, you name it. Or prompt massive hyperinflation crises. You know, boys with toys.

Sometimes, these guys like to try to be Paladins, or join the Most Honorable Order of Bath. It usually doesn’t end well. They make jokes about laying hands on people and on themselves all the time, and it gets pretty tiresome.

Thankfully, Mugabe no longer has to pretend to be Lawful Good, and can now endeavor upon his proper alignment of Lawful Evil. By the way, if you need help with alignments, check out this excellent resource that has been circling around the Series of Tubes. 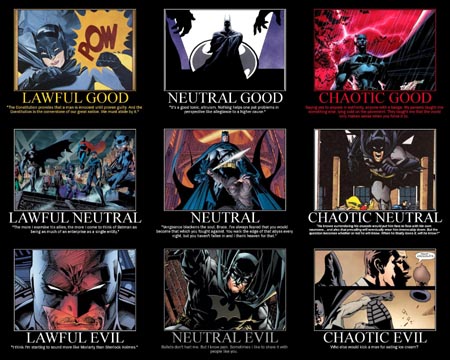 And now, without futher ado, the powers that Robert Mugabe loses because he is no longer a Paladin, also courtesy of the D&D Wiki (I’m kind of impressed by how D&D folks use feminine pronouns all the time to balance out the default use of masculine ones in so many other publications):

Aura of Good: “The power of a paladin’s aura of good (see the detect good spell) is equal to her paladin level.”

Mugabe must now rely on his iron grip on local media to maintain his impeccable image.

Detect Evil: “At will, a paladin can use detect evil, as the spell. “

Mugabe will circumvent this by simply listening for a British accent.

Smite Evil: “Once per day, a paladin may attempt to smite evil with one normal melee attack. . . . If the paladin accidentally smites a creature that is not evil, the smite has no effect, but the ability is still used up for that day.”

This power is lame. Everybody knows that indiscriminate smiting is superior to conditional, moralistic smiting.

I’d imagine Mugabe lost a lot of days’ worth of smiting by accidentally smiting the non-evil.

Divine Grace: “At 2nd level, a paladin gains a bonus equal to her Charisma bonus (if any) on all saving throws. “

This is really going to hurt Mugabe. His Charisma was pretty high (which is probably why he went for Paladin rather than fighter in the first place). 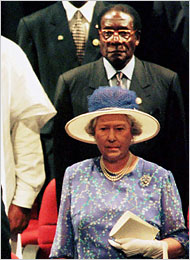 “No matter how much he wants to, a Paladin must never touch the Dungeon Master’s Hat.”

Lay on Hands: “Beginning at 2nd level, a paladin with a Charisma score of 12 or higher can heal wounds (her own or those of others) by touch.”

“I lay hands on myself while thinking of Cindy Crawford.”

“I know this is a flashback to the early 90s, but don’t date yourself, Robert.”

Alternatively, Mugabe could have used this power to eliminate the right of habeas corpus.

Aura of Courage: “Beginning at 3rd level, a paladin is immune to fear (magical or otherwise).”

Robert Mugabe continues to insist he is still immune to fear. Perhaps he hasn’t checked his character sheet.

Divine Health: “At 3rd level, a paladin gains immunity to all diseases, including supernatural and magical diseases.”

Remove Disease: “At 6th level, a paladin can produce a remove disease effect, as the spell, once per week. She can use this ability one additional time per week for every three levels after 6th (twice per week at 9th, three times at 12th, and so forth).” 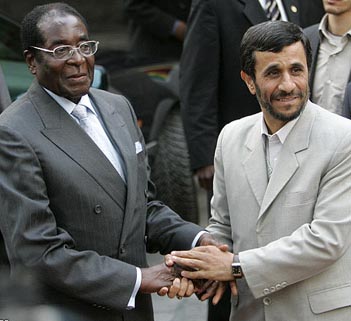 Turn Undead: “When a paladin reaches 4th level, she gains the supernatural ability to turn undead. She turns undead as a cleric of three levels lower would.”

I strongly suspect Mugabe has every intent to let dead people vote in his election, so losing the ability to turn them away at the polls will not be so bad. Although it may be tough if he can no longer turn them away from voting for the other guy.

Hey, zombies don’t like inflation. They’re very sensitive to the price of brains.

Spells: “Beginning at 4th level, a paladin gains the ability to cast a small number of divine spells, which are drawn from the paladin spell list. A paladin must choose and prepare her spells in advance.”

Everybody knows these spells always sucked anyway. If anybody should be worries about losing divine spells these days, it’s the Anglican Church.

Special Mount: “Upon reaching 5th level, a paladin gains the service of an unusually intelligent, strong, and loyal steed to serve her in her crusade against evil.”

So, it looks like Bobby needs to get himself a new hooptie.

And this time, he needs to pay for it, rather than call for it and have it appear by magic. Although he could always just use graft. Graft works. 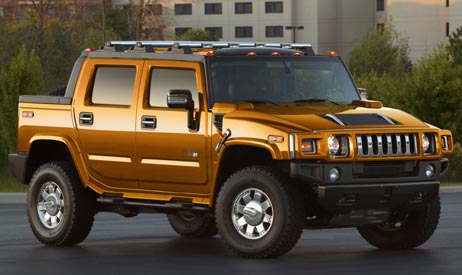 I Take Off My Robe and Wizard Hat

But, hey what do I know? When I last played D&D, we all had to calculate ThAC0 on abacuses. By all the accounts I’ve read on the ‘net doing research for this, it looks as if fighters are a stronger class than Paladins anyway, which if you ask me, doesn’t make any goddamned sense.

But then again, very little of what is happening in Zimbabwe these days makes any goddamned sense.

And as for Mugabe, well, he does get to keep his weapon proficiencies, which include bastard sword, glaive-guisarme and voter fraud.

Do you have an actionable idea for solving the political and human rights crisis in Zimbabwe? Sound off in the comments!