“Da Game is to be told, not to be sold.”
— Snoop Dogg, 14th Annual Conference
on Hip Hop Securitization

In 2003, I identified what I believed to be a speculative bubble for bling bling — the shine, the scrilla, the ostentatious displays of wealth that reinforced and promoted hip hop record sales.

At its heart, the Bling Bubble was a case of overleveraging; even the Ruffest of Ryders and Biggest of Tymers found themselves deep in debt, but still pulling out all the stops, even as record gas prices force them to keep only a quarter tank of gas in their new E-class —

The global Cash Money crisis begins, after the jump —

A crisis of overconfidence

Around the midpoint of the post-millenial decade, asset-backed rappers appeared trapped in a dangerous cycle of gearing up and riding dirty that could eventually lead to a collapse of the Rap Game.

By 2001, the influence of primary Regulators Warren G and Nate Dogg had been long diminished, and the Rap Game had just endured the East Coast and West Coast regional M&A crisis. But needed reforms were slow to come, and the Notorious B.I.G.’s hypocritical warnings of inflationary risks went unheeded through his own crash and even during the subsequent rap cycle —

Both developing and emerging markets instead chose to sustain an environment of abundant liquidity even in the face of an overheated money supply, as reflected in policy statements by Federal Reserve Chairs Fat Joe and Li’l Wayne —

Note how overstretched the authorities are here, as the rappers are doubly committed to “the business of terror” and maintaining a stimulative liquidity environment. Perhaps more than any other rapper of his day, Fat Joe was committed to both guns and butter.

The Bling economy was surprisingly complex and operated mostly off of borrowed capital.

1. A rap act would sign a record contract with a studio to produce an album. 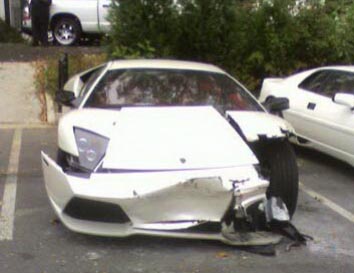 2. That act would then borrow money from the record company to lease or rent ridiculous symbols of excess (Not everybody has as many disposable Ferraris as Joung Jeezy).

3. The rap act then filmed a video showing the excessive borrowed wealth.

4. Encouraged by the displays of wealth, consumers would buy the album, cycling liquidity back into the record company, which would pay the rap act.

5. The rap act then paid back its debts to the record company, or otherwise financed or cleared its credit with its revenue.

6. The rap act and record company would then use the successes of previous songs and albums to secure financing for subsequent songs and albums, with ever larger displays of wealth involved.

The problem of a significantly geared-up rapper should have been pretty obvious. Say that Busta Rhymes borrows $5 MM to get a fleet of Escalades, a glow-in-the-dark club, women covered in gold dust, three diamond necklaces, a pair of earrings shaped like interstate highway road signs, a steamroller and some fresh grills with his name on them (not to mention the hottest new director, a full production crew and a five-story camera crane) for his hot new video.

If the song makes a profit, it will be outsized by the bling factor, and after he returns the borrowed bling, he reaps rich returns on his investment, made all the richer by the fact that he didn’t have to put up his own diamonds.

But if the album disappoints, then the effective value of the assets Busta has borrowed plummets between 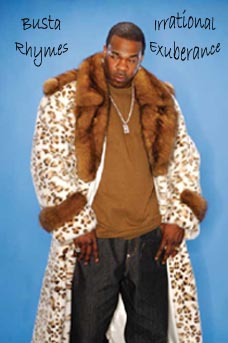 when he borrows and when he has to realize his earnings. Not only has Busta failed to turn a profit, but his margin call eats into his balance sheet, which, despite boom times in record sales, is undercapitalized (that “Woo-Hah!! (Got You All In Check)” money doesn’t last forever). He may be able to borrow more money for an even bigger video next time, but at some point the very real risk emerges that there might be a confidence crisis in his rapping, and Busta may go Bust.

And he can’t necessarily count on being bailed out by Flipmode Squad, which is also very thin on capital reserves, due to the failure of Spliff Star’s solo album to really catch on. And Puffy can only Make so many Bands.

Of course, this isn’t just some bunch of numbers on a spreadsheet here, this is Busta Rhymes we’re talking about. Unlike riskier investments like credit derivatives or symphony orchestras, Busta Rhymes has actual value — he raps pretty fast. Certainly Busta Rhymes isn’t going to just be worthless someday.

Certainly they can’t all fail at the same time?

But that’s exactly what happened. A broad, unlikely market shock — the transition from hard-copy to broadband distribution of music, busted a cap in profit margins. The entire rap game was deeply in debt, and suddenly its once bullish fundamentals looked like they’d been shot nine times.

The labels thought they were hedged against this problem — they diversified across rap posses, they had cut 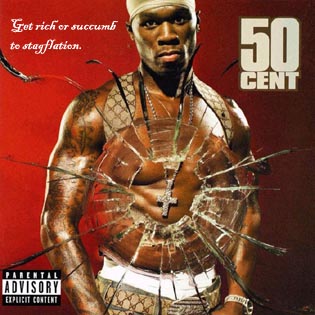 up and securitized rappers across labels — although one may wonder whether multiple members of the L.O.X. (a.k.a D-Block) constitute a significant diversification benefit.

The industry even tried an emergency realignment of monetary policy, instituting 50-cent as the central banker and the G-Unit as the new currency — which they then inflated and devalued by publishing a bunch of soft pop dance tracks.

But while it forestalled the crash, it did not prevent it.

It turns out the rap game had a broad underlying correlation that made it vulnerable to a systemic shock. Rap posses bloated with overvalued assets were forced to write down their losses and collapsed under their own weight. Nobody was going to fly in two busfuls of rappers and producers and fill all their necks with diamonds so you can stand in a parking lot and tell people where you live anymore. Tighter credit, unemployment, stagnation and soaring inflation led to circumstances reminiscent of the 1970s —

Who does that leave for the winners?

Well, admittedly, it’s an overall smaller pie — rap earnings may not return to previous highs soon, if ever.

But for certain well-capitalized quality rappers with proven track records, there were still profits to be made. Some rappers well-positioned for deleveraging emerged from the crisis stronger —

I suppose that the positive note to end on, it’s important to remember that there are lollipops to be had even in bear markets.

10 Comments on “The Bling Bubble”