Holy fork! Is the neighborhood gone for good? Are they really gonna pull the whole Orpheus/What Dreams May Come/taking a leisurely guided tour through hell thing? We’re about to find out! But for now, let’s talk philosophy! The philosophical ideas mentioned in this episode are self-realization, the Buddhist concept of Anatta, and the “ship of Theseus” thought experiment. Self-realization is brought up by Janet, and Anatta and the ship of Theseus come up as Chidi is spiraling into fear and stress. But what do they mean?

Self-realization has its roots in Sikh philosophy and Hinduism, and it became popular in the West through its adoption by psychologists and psychoanalysts like Jung, Freud, Maslow, and Winnicott. Maslow described it as “The impulse to convert oneself into what one is capable of being.” This impulse has been present throughout the run of The Good Place, ever since Eleanor’s first attempts at becoming a better person even though she’s already dead. Self-realization eventually became everyone’s goal, as they discovered they were in the Bad Place and decided to learn how to be better people. Or maybe more accurately everyone’s means towards their actual goal, which is getting to and being accepted into the real Good Place. 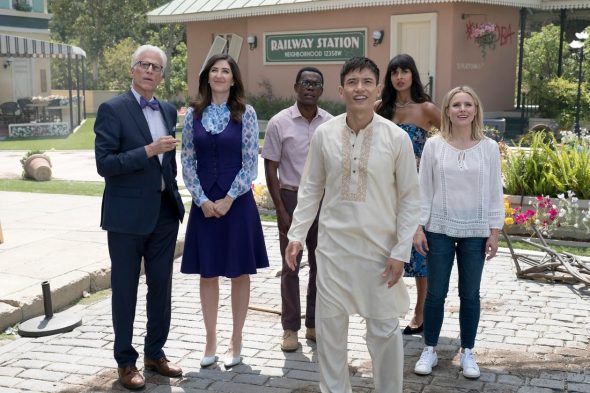 The Buddhist concept of Anatta is the belief that there is no permanent self or soul. In the world of The Good Place, this is true because each human has been rebooted 802 times. Since they don’t have any actual memories from their past selves, they really are separate, different versions, rather than stages of development that build upon one another. If souls were real in the Good/Bad Place, then it would be the aggregate of every single version of Eleanor, Chidi, Tahani and Jason. As it is though, their 802 versions exist like alternate timelines, except they did occur in a linear fashion. At the same time, if souls aren’t real, then what exactly are the humans made of now that they’re in the Bad Place? Chidi died because an AC unit fell on his head, Eleanor was ran over in a gruesome parking lot accident, Tahani was crushed by the statue of her sister. So if we were seeing their actual bodies, they would look like zombies, full of bruises and open wounds. (Except for Jason, who died of asphyxiation.)

The Ship of Theseus thought experiment can’t answer the question of what the humans in the Bad Place are made of, but it does offer us a way to think about who they are, 802 reboots later. The Greek writer Plutarch wrote about a ship that had every one of its parts replaced over time. Once the last original piece had been discarded, was it still the same ship? There is only one instance in which this thought experiment is surprisingly easy to answer, and it involves high ticket prices and bands with no remaining original members. For everything else, this is a lot like the trolley problem: you can argue for your side, but there are no definitive answers. In the case of the show, is Eleanor #802 still the same person as Eleanor #1, and Eleanor #69, and Eleanor #420? Yes and no.

So, on to the actual plot of the episode! Eleanor wants to get the fork out of the neighborhood before Shawn comes back and finds them, so Michael creates a hot air balloon to take them all to the real Good Place. But in order to board the balloon, each human needs to first step on a scale that weighs their soul and beeps and lights up like that cube that confirms if something is the truth or a lie. 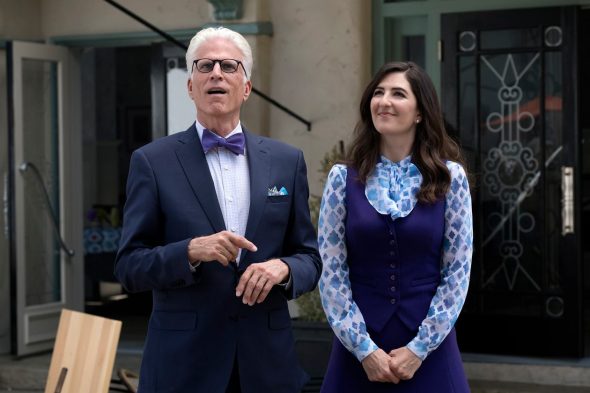 In this case the scale turns green if a human is currently their best self, and it turns red if they are not (and it just up and glitches if Janet gets on it). We later find out that a hot air balloon isn’t actually capable of taking them to the Good Place, but for most of the episode, we are concerned with determining if the humans are in fact their best selves at this point in their “lives,” after 800+ reboots or so. Chidi brings up the idea of non-self and the ship of Theseus by saying:

“And then you get into the whole idea of consciousness and I mean just forget about best. And what version of Chidi is even real? I mean, I think that I am here but what if the real I is one of those other Chidis and this Chidi is an imposter? The consciousness is constantly changing which is just playing on the Buddhist doctrine of the non-self, plus physically our cells change every seven years which doesn’t matter because we’re dead!”

So the machine isn’t exactly weighing who’s the best version of themselves, but whether they believe this about themselves. Like, who has a clear consciousness. If they’re capable of believing they’re the best version of themselves, then they must be. But then Tahani tries again after suggesting the green people should go ahead and it stops her, and while you could argue that at this point she does on some level understand how that was selfish, she steps down and tries to tell the scale that it is her, Tahani, not Eleanor, so maybe she doesn’t have that kind of insight after all.

Janet says “The balloon will only transport those who have attained self-realization. Each traveler will step up on the scale and her soul shall be weighed. If she’s the best version of herself, it will permit her to board. If not, passage will be denied.” 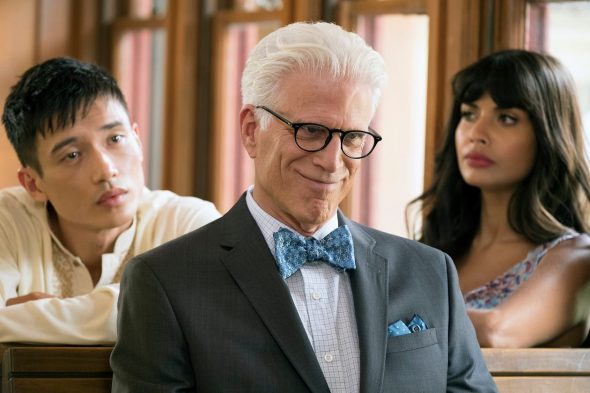 That’s two requirements though! If it said best possible version, then maybe you could argue that any person’s best possible version also comes with self-realization. But in the case of the humans in the Good/Bad Place, their best versions are only their best versions so far. The whole point of this show is that even after death, even after being sent to the Bad Place, people can still improve and become better humans. So while their current state might be the best they have achieved so far, it is not an end point. So, seeing as our humans shouldn’t be expected to have reached their best possible states yet, it isn’t entirely reasonable to expect them all to have achieved self-realization either.

Wiki says: “Maslow defined self-actualization as: The impulse to convert oneself into what one is capable of being.” and so aren’t all four humans (and Michael!) working towards self-realization through their ethics lessons?

Philosophers Mentioned: Buddha (Does that count?)

Jacksonville References: None, I believe, but GUYS! The Jacksonville Jaguars won something! I don’t know any actual details but I’ve been seeing a lot people online talking about how they’re so happy for Jason, and you know what, so am I! (Also, the official The Good Place twitter account changed its name to Jason Knew The Jaguars Were Quite Good)

Horrible Things Eleanor Did While Still Alive: Not particularly awful, but very Eleanor nonetheless: her yearbook quote was “You’re not better than me!”