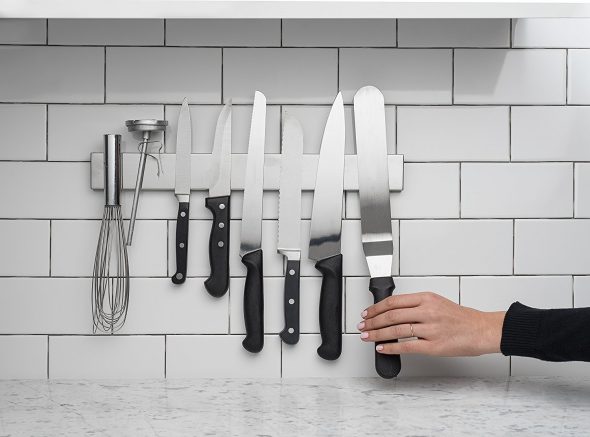 Until recently, I had a big old knife block. It took up a third of my comically small counter space, and once in a while it would tip over and I would be sure I was about to die in a Final Destination-style accident. Then I ditched the block for a bar and it’s a game changer. Just put this thing on your wall, and all your knives will just stick to it (unless you have fancy dragonglass knives in case a White Walker barges in). It’s cool-looking, handy, and it’ll liberate your countertop. City-dweller rejoice!–Matt Belinkie 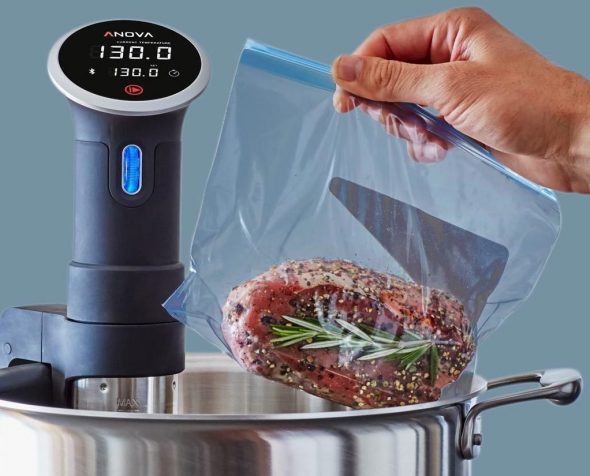 Overthinking It was recommending sous vide cookers back in 2013, when the technology was just starting to become available to the home chef and looked like something NASA would have designed in the 1980s. Things have come a long way. The Anova Cooker is simple, stylish, and can be controlled remotely via an app. Nowadays I don’t even keep fresh meat in my refrigerator; I vacuum seal and freeze everything as soon as I buy it, and then throw a batch in the sous vide before I leave for work. When I get home it’s ready for searing in the skillet, and I promise you it tastes like you just picked it up from the butcher. You’ll never undercook or overcook again, and you’ll never have meat spoil on you. Honestly, my Anova has probably paid for itself given all the packages of chicken I used to take out of the fridge, smell suspiciously, and then throw out.–Matt Belinkie 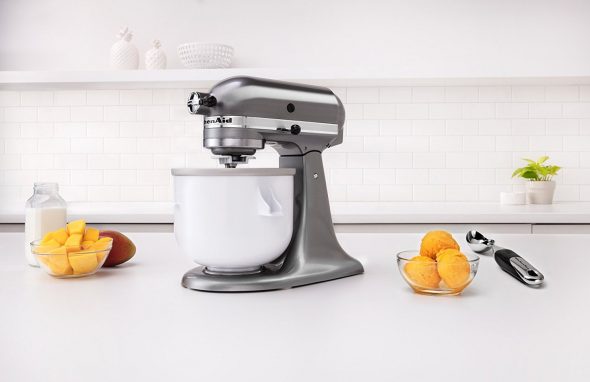 If you’ve ever watched a cooking competition show, such as Chopped, Iron Chef America, The Great British Bake Off, Guy’s Grocery Games, or Terry Crews Says: Everybody Cook, Now!, to name a few that may or may not exist, you’ve seen the clever impressive contender who wows the room by making their own ice cream. Believe it or not, it’s not all that hard to do yourself at home. And believe it or not, ice cream you make at home can actually taste better than ice cream you buy, even if such a thing hardly seems possible. From sweet favorites like mint chocolate chip, to daring savory foodie concoctions like bleu cheese and honey, the Internet is full of recipes, and with this KitchenAid attachment strategically gifted your freezer can be full of ice cream. It’s sort of like buying a two-player video game for someone you live with: it’s a stealth gift for yourself, too.–Pete Fenzel 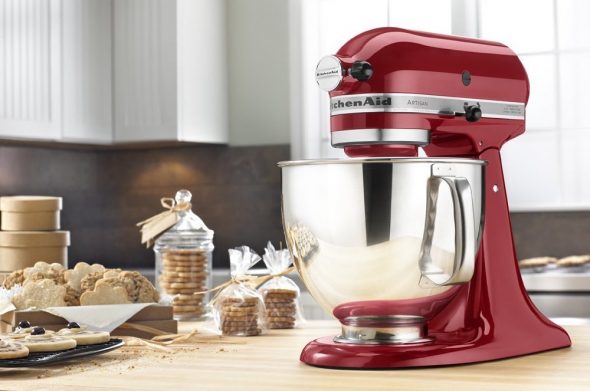 Oh, by the way, the ice cream attachment doesn’t just work on its own. For the uninitiated, here’s a three-step process for getting a gift for someone you love who cooks: Step 1) Ask them if they have a KitchenAid. Step 2) If they say yes, buy them an attachment they do not have. Step 3) If they say no, buy them a KitchenAid.  A KitchenAid is a big-ticket item, so save it for a special occasion, but it will last a long time and serve many purposes, from mixing to meat grinding to pasta-making. I don’t really know of any competitor in this space who matters. A lot of people who want to have one will already have one, but if they don’t, it can be seriously special. –Pete Fenzel