What in the hell is going on with the Starfleet chain of command in this show?

After making such a huge deal about Michael Burnham’s outrageous act of mutiny, Star Trek: Discovery gives us yet another major act of insubordination in Episode 6, “Lethe.” Captain Lorca disobeys a Starfleet direct order not to rescue Ambassador Sarek and later retorts to Admiral Cornwall that “rules are for admirals in back offices.” Oh, and Lorca is having what appears to be an ongoing secret sexual relationship with Cornwall.

So here’s what went down between Lorca and Cornwall in this episode: Cornwall enters this episode screaming at Lorca for disobeying orders and putting the Discovery at risk. Lorca responds by saying that “rules are for admirals in back offices!” They then try relating to each other as “friends” in Lorca’s private quarters, where Cornwall questions Lorca’s psychological fitness for duty. Sexy times ensue in a way that suggests this is far from the first time they’ve done this sort of thing. Cornwall goes so far as to remove her Starfleet badge before her other articles of clothing, suggesting that she’s slipping out of her official persona into something more comfortable.

After they’ve done the deed, while Lorca is asleep, Cornwall traces her fingers against the scars on Lorca’s back. Lorca, who still has PTSD from the loss of his last ship and very recent torture at the hands of the Klingons, freaks out and pulls a phaser on Cornwall. Cornwall is furious that Lorca lied his way through his psych evals and promises to remove him from command, albeit in a way that doesn’t ruin his career.

But first she has to go on this diplomatic mission, where kidnapped by Klingons. Conveniently, the only person who knows Lorca’s secret is now out of the picture. When asked by Saru if the Discovery should rush to Cornwall’s aid, perhaps without the full blessing of Starfleet, Lorca has a sudden and suspicious change of heart: run it up the flagpole, according to rules and regulations. He’s in no rush to save her.

Both Lorca and Cornwall are in a lot of trouble.

Granted, Starfleet is not the U.S. Military, where such fraternization would be prohibited, and Star Trek canon is either unspecific on the issue or suggests a much more lenient approach. That said, there are a whole bunch of reasons why large institutions typically prohibit or frown upon sexual relationships between a superior and a subordinate. Power dynamics combined with emotionally charged relationships increase the chances that people in these relationships make decisions that run counter to the interests of the institution.

Sure, some couples might be able to stay happy and effective on and off the clock, but there are enough instances where that doesn’t go smoothly to lead organizations to not want to take the chance.

It’s simple risk management. People aren’t perfect, even in an advanced 23rd century society with near-magical levels of technological assistance, so they need to be protected from themselves and the bad choices they’d make. The needs of the many outweigh the needs of the few, if you will.

Cornwall has severely compromised her ability to manage her subordinates in several ways. Disciplining Lorca depended on information she gained directly from her sexual relationship with him. If she brings this to light, she reveals the relationship that they were presumably keeping secret for a reason, even if it wasn’t strictly prohibited by Starfleet regulations. Once other Starfleet captains find out that Lorca got lenient treatment because of their sexual relationship, or even “friendship,” they would rightly cry foul and lose trust in her ability to make fair decisions.

If she even gets that far. Maybe Lorca tries to deny the allegation or claim that his superior is retaliating against him for personal reasons, since only the two of them were party to the incident. (Side note: Star Trek stories are rarely about panopticon-style mass surveillance, even though the technology clearly allows for it.)

It remains to be seen if Cornwall comes back to hold Lorca fully accountable, but within this episode, she already missed that opportunity. She could have, and arguably should have, removed Lorca from command before going on her diplomatic trip, but either because she’s trying to be lenient or because she didn’t have time to fill out the HR forms, she put it off for later. And surprise, surprise! There may not be a later because she went on a mission that she knew to be highly risky!

And we are left with Lorca in the captain’s seat. Lorca, who’s psychologically unfit to command the single most important asset Starfleet has to win the war that Lorca is so damned obsessed about.

Here’s the thing: rules aren’t just for admirals in back offices; they’re for captains, commanders, lieutenants, and ensigns, because they’re all flawed human (or alien) decision-makers who don’t get it right every time on their own.

Star Trek has never been strictly about pure virtues and ideals, whether it’s the chain of command or even the Prime Directive. It’s always problematized them to different degrees, but almost always in the context of a captain who usually makes the right decisions and follows the chain of command often enough to earn respect at all levels of the hierarchy. Star Trek: Discovery is doing so without such a figure. After Captain Georgiou died (a tragedy for the crew as well as the audience), we’re left with a bunch of damaged goods: first Burnham, and now Lorca and Cornwall.

Most observers chalk this up to Star Trek: Discovery trying hard to match the edgy vibe of modern prestige dramas, and that’s almost certainly the case. But isn’t this constant absence of inspiring leadership getting exhausting? Particularly in the context of you-know-who in the White House in the year 2017?

In the previous episode, we learned that the computer is capable of running leadership performance reviews, benchmarked against Starfleet’s most renowned captains. Saru cancels the review before we hear the results, but isn’t he owed some reliable feedback, rather than feedback from the aforementioned damaged goods? And for that matter, shouldn’t Lorca and Cornwall be getting this feedback too? Lord knows they need it.

And if the computer won’t do it for them, then I suppose that role is left to the audience. 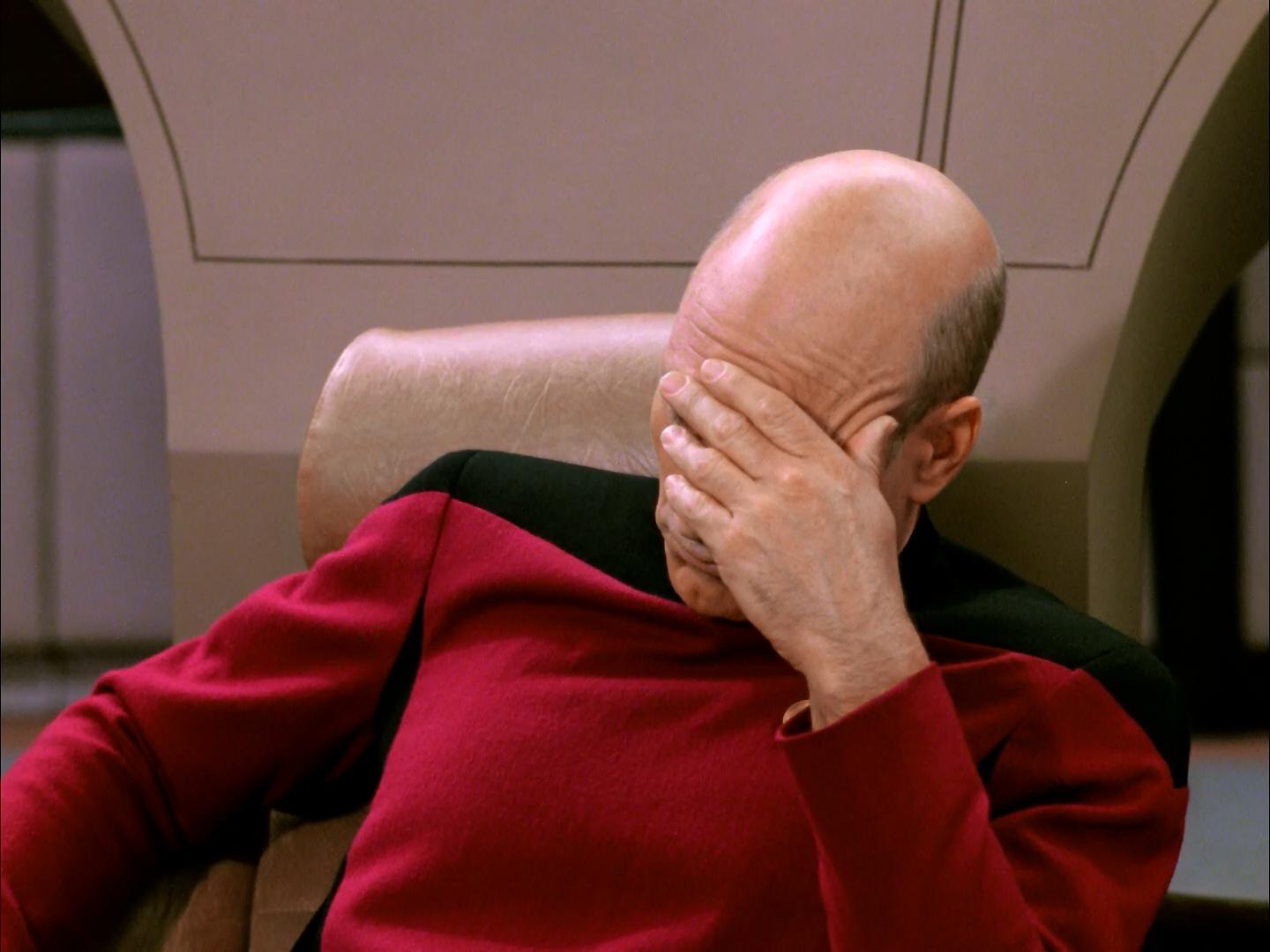 2 Comments on “Star Trek: Discovery – “Rules are for admirals in back offices!””