In Episode 460 of the Overthinking It Podcast, we squeezed mightily at the bag of discourse surrounding the Juicero and actually found some compelling justification for spending $400 on a juicer that produced the same results as squeezing a juice packet by hand.

Well, it turns out that the rest of the world did not share in our thinking. Juicero has effectively shut down its operations, which include sales of the Internet-connected juicing machine and subscriptions to its special juice packets. This particular manifestation of late capitalism was too good for this world, apparently. So in fond memory of this phenomenon, and as a tribute to everyone out there with more money than common sense, we present this cartoon for your enjoyment. 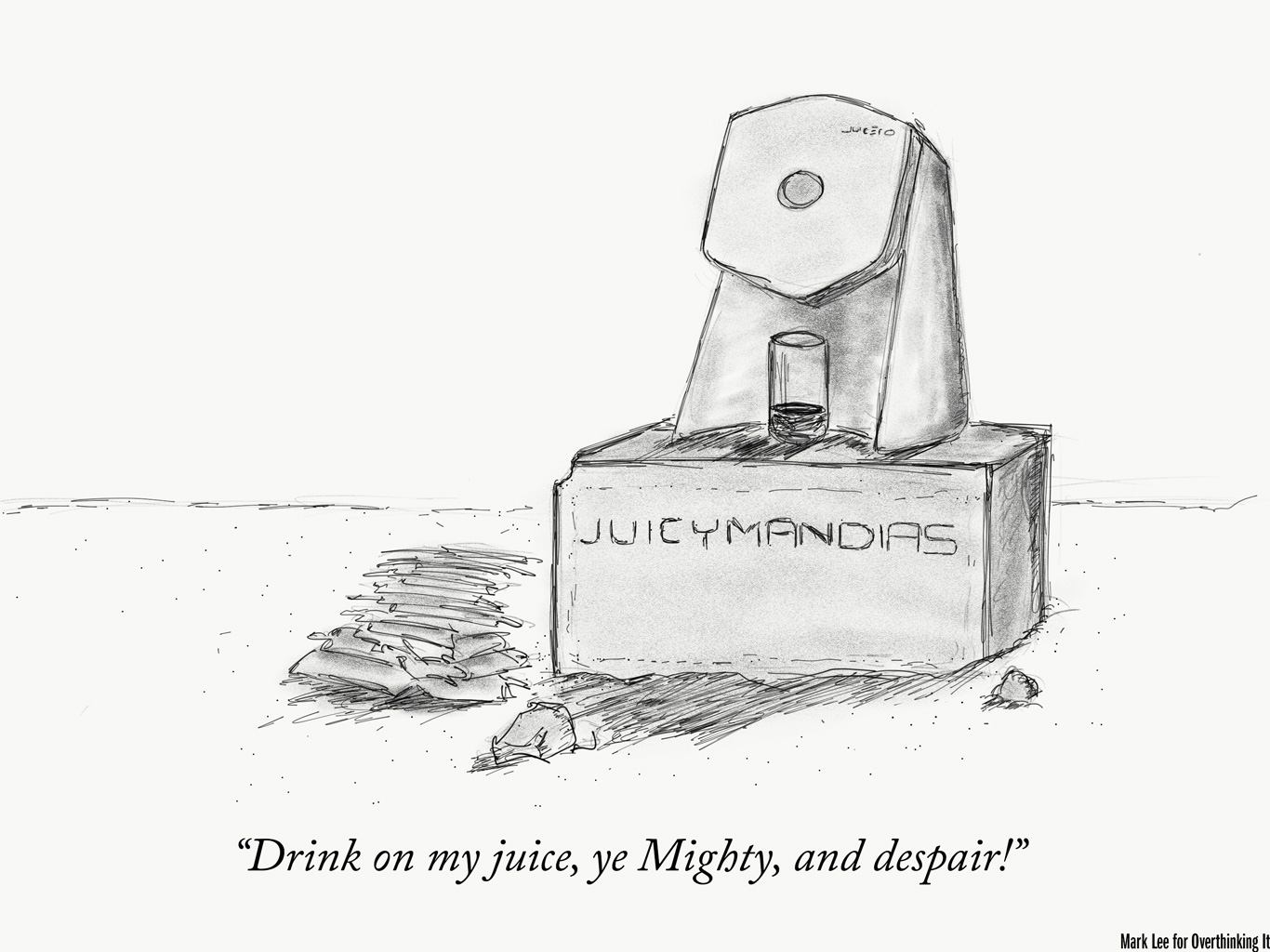 (Best enjoyed with a glass of cold-pressed, organic, cruelty-free juice, of course.)

Or read more from… Featured, Technology, bad things happen to you when you use our product, health, juice, New Yorker Cartoon, startup, the means of production