Editor: In Part 1 of our discussion, we asked “Why Are Alternate Histories So Negative? This week, we’re back to think both bigger and smaller about alternate history.

Adams: I think there’s a (perceived) element of blasphemy in imagining a world that is better than our own. And I mean that in two senses.

First, there’s the literal “blaspheme against God” sense of the word. One of the most famous arguments for the existence of a Divine Power is Leibniz’s the “Best of All Possible Worlds” argument: “If God is all powerful and all knowing, then we must be living in the best of all possible worlds, because if the world could be better, God would have made it that way.” 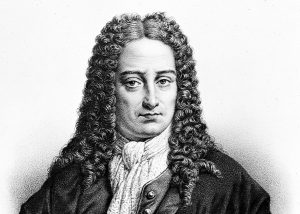 And if you take this seriously, imagining a different *better* world implies that God goofed up – which, God being, God, is impossible.

But second, there’s the more secular blaspheme against some vague idea of “our ancestors.” You’ll see this argument pop up among a lot of defenders of the Confederacy: “You can’t call people who owned slaves monsters! Those were my ancestors. And how dare you insult my ancestors!” Positing a better-world-alternate-history can be seen as a smear on our forebears: they screwed up, and here’s how great things would be if they hadn’t been so evil.

Stokes: I think the blaspheme against God part of it is actually interesting. Not every writer is a theist, of course, and even if they are, I think relatively few people are passionately committed to the best possible world argument.

But there is a sense… in which, to write a utopian alternate history, you need to be a true believer in something or other. Like say you want to write a story where the communist revolution never devolves into Stalinism, and everything works out pretty much the way that Marx predicted it would.

That would be utopian alternate history, at least for some people. But you have to be a committed Marxist to imagine something like that at length and in detail, and to bother writing it down.

Like, either you buy the ideology so wholeheartedly that you are basically preaching it as gospel, or you’re going to write a book where the worker’s paradise turns out to be a hellhole — in which case you’re not writing utopian alternate history in the first place. Even if the world you imagine is about as good and bad as the current world, that’s not utopian. 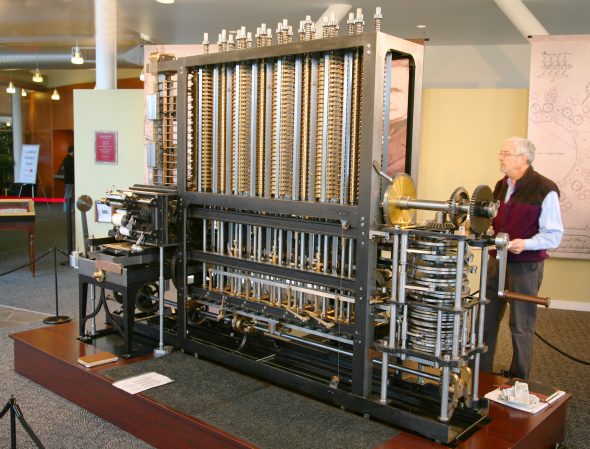 Adams: I think what you are saying is mostly right, but let me ask this clarifying question: are you arguing that “better-world” alternate history fiction is *necessarily* utopian? Or are you just saying that only a “true believer” would *take the time to write* a better-world alternate history?

For what it’s worth, the only example of better-world fiction that jumps to mind is a novella I read once about a quasi-pacifistic bombardier who unilaterally decides to cause the atomic bomb to miss Hiroshima. This show of force still ultimately intimidates the Japanese into surrender, saving the thousands of lives killed in Hiroshima and Nagasaki. And that story definitely has the sort of true-believer vibe you describe. It’s not that there *aren’t* arguments against dropping the bomb, but the story doesn’t really engage with the arguments for/against dropping the bomb. It’s mostly just a “wouldn’t it be great if it turned out I was right” story.

Stokes: I guess I’m imagining different levels of utopia? So that even if all that was changed is that sunscreen smelled a little better, that would still be — mildly — utopian? The conviction I’m imagining in the writer is not even so much faith that everything would be perfect, as it is faith that this is exactly how it would turn out.

This is where it starts to feel a little bit like blasphemy. Because how do you know? Who are you, you novelist, to say that if Franz Ferdinand was really really good at ducking, WWI would never have happened and the antebellum status quo would have continued forever? The nightmare scenarios don’t strike me as predictions in the same way. They’re just explorations of awfulness. They’re horror films.

Wrather: I wonder if we aren’t somehow thinking too big. Slavery, colonization, mass murder of the natives—these are the original sins of the Americas and it’s understandable to be attracted to them for compelling stories, but removing them involves reimagining so many things. Without thinking about it too hard, for example, you’d have to account for: a different set of economic forces in the world that didn’t create the slave trade; the effect on America’s economy, which wouldn’t be anywhere near what it is today; the political knock-on effects (would there even have been an American Revolution?); and so on.

Pete was joking about “The Departed, but the Red Sox Won 35 World Series”, but I wonder if that isn’t the scale we should be looking at.

Most of the recent examples I can think of have to do with technology: What if smartphones or social networks were different in some very specific way? What if the automobile had never been invented? These are unsubtle examples, but they’re at least at the scale I’m proposing would be right.

Fenzel: Maybe a buddy road movie about two possible Republican and Democrat White House staffers who drive back to California together after Ross Perot wins the 1992 presidential election.

Wrather: Oh, that’s good. And it’s about their reactions to a the businessman with an outsized personality and no political experience who has just won and about how Nothing Will Ever Be The Same In America Again?

Adams: So let’s take this “think smaller” premise to its limit: a totally straight-faced Friends-clone sitcom (i.e. 6 attractive friends hang out in NY and fall in love with each other), but they are constantly dropping references to things that are just a *little* bit different than what happened in real life. So they make a “Imma let you finish” joke, but it’s about Jay-Z interrupting Katy Perry at the Tonys. Michael Dukakis lost the ‘88 election because he looked silly in an airplane instead of a tank. etc.

Basically the goal is to just gaslight the audience into thinking that THEY have mis-remembered the event in question, not the show. Obviously Sinbad’s genie-movie “Shazam” would feature prominently and frequently in the plot.

Stokes: An alternate history where people typically use ketchup in the places they’d use mustard and vice versa

Wrather: Yo dawg ketchup on a pretzel is just wrong

Stokes: Matt, matt. Lemme blow your mind. In this twisted mirror universe, mustard on a pretzel is just wrong.

Amanda Jorda: Mustard on a pretzel is weird. I don’t know man, pretzels are exclusively a butter thing for me…

Richard Rosenbaum: This is a hell of a Think Tank, I gotta say.