Matt Wrather: Do we have a moral obligation to read the news?

Richard Rosenbaum: We do not. Moreover, I personally have made the decision to dramatically decrease my news consumption to prevent my mental health from crumbling into a pile of glutinous debris. It has helped. Art > Life.

Actually I might even make the argument that we have a moral obligation not to watch too much news, at least if you’re a consequentialist. It certainly seems like the 24-hour news cycle has contributed to the polarization and echo-chamberfication that’s crippling our democracy. 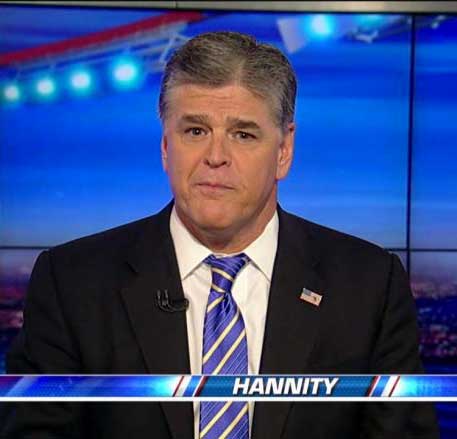 Wrather: Yeah, but let’s not make “The News” a straw man. Remember, I’m the guy on the podcast who has consistently advocated removing cable news from your mental diet. It’s one thing to shut off the news because the news is badly reported. It’s another thing, I suspect, to shut it off because the news is bad. So, presuming you could get it from a maximally responsible source, would you then have the obligation to watch? Or read? And then, given that the debasement of the actual news media, to what extent does that obligation hold under real world conditions?

I think we all agree, in principle, that an informed citizenry is a good. But how informed? Should the scope of my concern end at the scope of my influence? Is there a larger, moral or humanistic imperative to know about what’s happening in the world?

Rosenbaum: I guess it depends on whence you think your moral duty derives, and what effect you think the news has on your behavior. Is your duty primarily as a citizen? In other words, is it most important that you be informed in order to make good choices about how to vote, which organizations to support, and so on? Or is your moral duty primarily interpersonal? Being good to people in terms of real world interactions as opposed to being good to “people” as an abstract category? I would argue it’s the latter, and that being maximally informed is actually more likely to harm rather than help one’s, like, feelings of solidarity with the human race and make people more selfish.

Pro tip: “The Nicomachean Ethics” is a killer Charades clue.

Jordan Stokes: I have a lot of sympathy for what you’re saying here, Richard — but does it collapse a little bit if we de-abstract The News and think instead of any one piece of news in particular? Like, say that there is a guy on your block trapped in a pit with a tiger. Up on the edge of the pit there’s a rope ladder, which you could easily toss down to him. And then I come up to you with a newspaper that says “SPECIAL REPORT: RICHARD HAS OPPORTUNITY TO SAVE MAN FROM TIGER,” are you justified in maintaining your ignorance?

That one is vulnerable to the point that Matt was making about the scope of your influence. Like maybe you have a duty to know about your LOCAL tiger pit. But say that it’s the same situation, except no rope ladder. The dude is lunch, full stop.

Stokes: Yeah, but you know what, not EVEN that. Let’s say that — oh, I don’t know — let’s say that freaking Joss Whedon threw the guy in the tiger pit. Nobody’s electing him to anything, and he’s not going to face any legal consequences (because we already said this is in Richard’s neighborhood, and I heard on the news that Canada is a lawless heckscape).

So now the newspaper headline says “SPECIAL REPORT: YOUR FAVES ARE PROBLEMATIC.”

“AND I KNOW WE ALL HATE THAT WORD, BUT COME ON: TIGER PIT.”

Are we allowed to stay ignorant? Just keep right on loving us some Buffy season 3?

Wrather: Can we put a pin in the question of whether you have to stop enjoying an artist’s work if they are a terrible person? That way lies madness. Picasso was by all accounts a misogynistic asshole; “Guernica” is a masterpiece.

But I think your example of someone — let’s call him Schmoss Schmedon — throwing my neighbor in the tiger pit is a good test case.

Here are some moral claims I think will be uncontroversial:

But my question is more specifically about information.

One construction I put on Richard’s point is that the accumulation of information is not an intrinsic good. I’m not a librarian, so I think that’s fair. We want to know more so that we can do something with the knowledge. Am I justified in remediating only the harms I see directly? Or do I have some duty to educate myself? How far?

NOTE: The thirst for knowledge does not necessarily make you more altruistic.

Stokes: Hmm. Well, let’s start by pushing on that duty to help those that you can help. You’re right, that’s uncontroversial. “Should” implies “ought”: I’m not to blame for failing to go back in time to save people from the plague in ye olde England.

But let’s say that I have a magic lamp, and when I rub it a genie comes out and grants me wishes. I could wish for the power to rescue every person that has ever fallen into a tiger pit. Surely it follows that I also have to do this, doesn’t it? I have to help people that I have the power to help; if I have the power to acquire the power to help somebody, that’s the same as actually having the power. Isn’t it? (We wouldn’t allow the argument, “Well I could toss the rope ladder down to him, but not unless I go over there and pick the rope ladder up. Since it’s not actually in my hands, it’s out of my hands.”)

But even if I have the power to save everybody from their personal tiger pits, I can’t do this unless I also know about everybody who is stuck in a tiger pit. So I probably need to rub on the ol’ lamp again.

How ’bout a lil’ more baklava?

In a sense, knowing about problems is part of having the power to fix them. It’s not the whole thing! You might well learn about many problems that you cannot solve. But it’s probably immoral to avoid learning about a problem that you could solve if you did know about it. (Or at least to do so intentionally.)

That said, I think that Richard has a good point too. If in point of fact learning more about the world is making you do less to actually help, then maybe you should stop. If your eye offends you, pluck it out. No?

Peter Fenzel: Well, the intrusiveness and instrumental effects of media have a lot to do with where the boundaries of the self are with regards to institutions and other people, especially when you get modern and sophisticated about the relationship between stimulus and volition.

I absolutely do not think, “When able, I should help other people” is uncontroversial.

Wrather: Yeah. I think that’s also something we can unpack from Richard’s criticism of my proposed general news duty: different people respond to things differently, and what works for me may not work for you, and that since we’re talking about an instrumental benefit we should allow many paths to maximizing utility.

But why, Pete, O why do you think it’s OK to leave me languishing here in my tiger pit? The tiger looks hungry.

Next time: the arguments for and against letting Wrather get eaten by the tiger.

2 Comments on “Do We Have a Moral Obligation to Read the News? Part 1”