While the 2017 Oscars will not be remembered for it, the broadcast treated viewers to a half-dozen clips of Chris Pine with a mustache. The clips were from Hell or High Water, a Best Picture nominee that sprung into this reality Berentstain Bearishly from some alternate universe. Whatever universe it is from, it is apparently not a big deal there for a Star Trek captain to front a movie with a chance at the Big Dance. You’ve gotta think if Avery Brooks were in a sleeper hit like this, he would have at least showed up on the red carpet. William Shatner sure would have.

At any rate, as part of a late March late march through the Best Picture noms, I have finally seen Hell or High Water, and there’s lots to report. Enough to give it proper space.

For context, I now have only two 2017 Best Picture nominees left, Manchester by the Sea, which when it’s a town is hyphenated, and Moonlight, as, Vanessa Williams style, I am saving the best for last. So far I’ve ranked my favorites as such, based less on whether I think they are artistically the best and more on whether I enjoyed them and were impressed and intrigued and interested in them and would recommend them to other people:

After seeing Hell or High Water, I would like to make the following changes to this list:

So yeah, Hacksaw Ridge is next, then Manchester-by-the-Sea (Screw it, we’re going hyphens), then, sometimes the snow comes down in June, which it will be by the time I see it, Moonlight.

But tonight, Hell or High Water. Spoiler free, unlike the American Dream in West Texas. 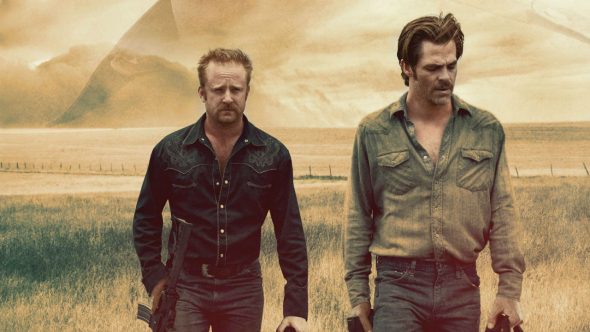 No Country for Handsome Men

I’ve seen so many contemporary Westerns and “Western-adjacents” on film and TV recently that it was jarring to see one so unconsumed by weighty self-importance. And it’s especially odd that Hell or High Water isn’t at least more tedious in forced gravitas, self-mourning, or self-congratulation, than, say, Sons of Anarchy. But it isn’t.

It has lots of heavy themes, a grim name, Jeff Bridges, and attempts a critique of the American economy in a Big Shortish sort of way, but it’s a fairly light movie that swings out of its weight class, rather than a heavy one that loses to Buster Douglas. And when I say light, I don’t mean actually light. I mean light in a Point Break sort of way. Light like The Hurt Locker. Comfortable and familiar, rooted in genre convention, and marginally less horrifying than the average video game cutscene.

While I was watching it, I was confused that it was nominated for Best Picture but wasn’t hugely popular when it came out. Because it seemed to me like the kind of movie that would be better rewarded by being loved and paid for than by being praised for its art.

Okay, it has a few excellent scenes that rise to the level of the better Best Picture nominees. The third act is by far the best. There are breathless moments of tension. It does have a bit of a Pacific Rim problem, in that the wrong characters are paired up. Since in that movie we had to cram two people into each robot, I’d have rather watched Stacker II Turbo Pentacost and his war-family daughter Mako more than Raleigh Durham with either of them, and I’d have rather watched Raleigh Durham with his adopted Australian bro-family than with anyone else in the movie. For those who don’t remember or didn’t see Pacific Rim, forgive me the analogy.

At any rate, I’d rather have watched Chris Pine’s pained “good brother” and Jeff Bridges’s pained “good Texas Ranger” together and Ben Foster’s “Enemy of Everyone” with Gil Birmingham’s “Shade-throwing Modern Comanche Cop” rather than the way they were actually matched up — brothers in one car, rangers in another, where nothing of any importance is going to be discussed, because everybody already knows everything.

But I’m not here to praise or damn Hell or High Water. I’m here to try to understand it. And maybe you can help me.

Growing up in New Jersey, I have a decent sense for when a movie’s investment in its sense of place in New Jersey feels credible and lived-in (Mallrats) and when it uses a place for themes, tropes or cultural cache but otherwise could have taken place in any number of other places (Garden State). Living in Greater Boston during a decade of tons of Boston movies I feel the same way about movies that actually seem to take place here (like Mystic River or The Town) and movies that are total Boston bullshit (like R.I.P.D. or The Town).

Hell or High Water claims to takes place in more or less contemporary West Texas. It’s a local sort of movie that talks about specific situations there (specifically the energy price and drilling industry pullbacks of the mid 2010s). But I have no idea whether it is a credible Texas movie or a Bullshit Texas movie.

This is not to say that being a Bullshit Texas movie is bad. Bullshit Texas is one of the great backdrops in film history — place of stetsons and brushlands, guns and grit and whisky. Everything is impossibly far from everything else, but it rarely matters precisely how many days anybody spends anywhere. No single Bullshit Texas town has been mentioned in more than one movie, and not even scientists know how many of those town names are real. The Searchers takes place in Bullshit Texas, and it’s a classic. Logan takes place largely in near-futuristic Bullshit Texas (including Bullshit Mexico and Bullshit Oklahoma), and it’s fantastic.

Ben Foster (the “bad brother”) seemed to be playing Hell or High Water like a Bullshit Texas movie, with a lot of mimetic swagger, forced accent, and leaning on things in a casual way while drinking beers. He was playing a ghost from old Texas movies, or a man who wants to be those ghosts, or an allegory of a problem of an idea of a country of a crime of a dream etc. etc.

The music felt kind of Bullshit Texas. There’s a lot of what I’ve now heard called “roots country” throughout, setting a Texas tone to every Texas scene against the Texas sky, but the movie likely takes place in 2014 or so and nobody ever hears anything resembling Taylor Swift, and that seems implausible.

Jeff Bridges and Gil Birmingham seemed to be playing it like it was real Texas, or, at least, the Texas of Walker, Texas Ranger, a Texas of clean-cut, ethnically diverse law enforcement that straddles a fence between fondness for old-timey symbol and a pragmatic, modern approach to problem-solving (up until roundhouse kick time).

Oh, and Chris Pine seems deeply invested in the specific place of his specific character in a grounded, internalized way, just waiting for somebody to come along and have an awesome scene with him. I won’t spoil whether that ever happens or not.

If you are from Texas (specifically West Texas) or have spent significant time in West Texas, and have by chance seen Hell or High Water, please leave a comment letting me know whether it feels authentic to you or not, beyond of course the T-Bone cafe scene, which I’m assuming was camera test footage taken during a cast dinner. And please feel free to recommend a movie that gives a real lived-in sense of Texas for those of us looking to learn. 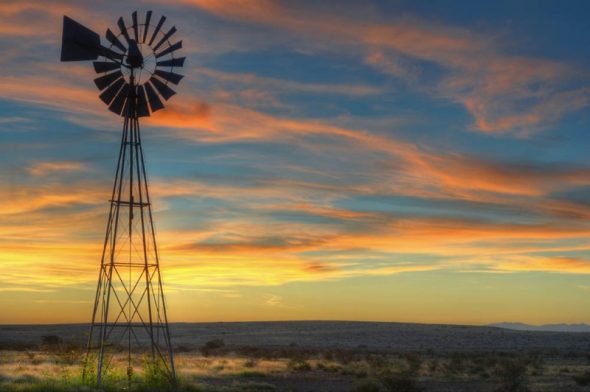 While Hell or High Water was undoubtedly not the Best Picture of 2016, it remains a contender for the “Hindsight Award for Most 2016 Picture of 2016,” specifically for “Achievement in Depicting the Economic Hardship of White People and How Their Pain Can Lead to Angry Racism, Violent Escalation, and Poor Choices.”

If only we had all watched this movie! It was right there in front of our faces, like a mustache! But with lots of pain to go around, are these people really as disadvantaged, in material terms, as the conventional narrative would say they are? You know, relative to other people, rather than relative to their own expectations? And by what or whom? The movie makes some statements about white people displaced by banks being the modern-day Native Americans displaced by White settlers — is that comparison at all credible? Is this more of a reflection of a cultural phenomenon than an economic one, or is it rather an economic phenomenon manifest and misunderstood as cultural, and how do those relate?

Hell or High Water still feels underappreciated, and is that really fair? It was, after all, nominated for Best Picture at the Academy Awards. It had its shot. Right?

Maybe in cultural retrospect the most telling part of Hell or High Water is the opening shot, when, to the tune of Bullshit Texas mournful violin, we pan over a cinderblock wall with the graffiti “3 Tours in Iraq, But No Bailout for People Like Us.” And if that makes you roll your eyes a bit, and then question why you rolled your eyes, I’d say you know quite a bit about what’s right with Hell or High Water, and what’s wrong with it, and its moment, and ours.

Or maybe it makes you wonder who wrote it, since military veterans tend not to vandalize things, and since there is nobody else in the entire movie who is an Iraq veteran, and the movie never addresses the war or its consequences or the people it left behind seriously again. Like so many of us, to our shame.

Why is this movie called Hell or High Water? I don’t think either Hell or water of any kind are mentioned in the movie. At least Fences had a fence.

Chris Pine should be in more movies where he gets to look a little ugly and do things other than nonsense.

One Comment on “Belated Bestie: Hell or High Water”