A few miles outside Atlanta, GA, there is a massive monument to the Confederate States of America carved into the side of a granite mountain. It’s a bas relief sculpture of Confederate leaders Stonewall Jackson, Jefferson Davis, and Robert E. Lee on horseback. Its mere existence isn’t even the strangest thing about it. Its own bizarreness is topped only by the, um, how do I say this…laser light show that’s projected onto its side on summer nights.

That’s right. MLK’s image is projected onto the granite mountain face, on top of the images of the aforementioned Confederate heroes who fought to keep people like MLK in chains.

I’m only scratching the surface here. The “Stone Mountain Lasershow Spectacular” is a bizarre, kitschy, swirling stewpot of Americana, patriotism, and yes, white supremacy. So it should come as no surprise that now, in the early days of the Trump administration, I’m choosing this time to explain its significance to the world, try to make some sense of the forces that brought us to this moment, and articulate some sort of way forward.

You can take the boy out of the South…

…but you can’t take the South out of the boy. Or so the saying goes. Some biographical information on me, as it’s relevant to the discussion: I spent years zero through eighteen living in Georgia and Alabama, the deepest of Deep South states. Although my experience is a mere shadow of the constant specter of physical violence faced by African-Americans in the South, as an Asian-American, I received my fair share of racial taunts and reminders of my otherness at the hands of the white ruling class. And yet, one of our favorite family outings growing up was to visit Stone Mountain and watch the laser show.

Only later in life did the oddity of the whole thing dawn upon me. College and adult life brought me to the Yankee liberal strongholds of Connecticut and New York, where most people aren’t even aware of the existence of Stone Mountain, to say nothing of the laser show. Stone Mountain recently made headlines in the wake of the Charleston, SC, shooting incident of 2015 and the ensuing debate over the enduring display of Confederate symbols in the South. Proposals were made to remove the carvings altogether or to add civil rights-related content to the site. A less serious, but still relevant proposal was made to add Atlanta-based rappers Outkast to the carving.

Still, Stone Mountain continues to be poorly known outside of the South, to say nothing at all about the laser show that accompanies it.

The laser show is seriously bonkers, and it is totally deserving of scrutiny in this moment.

The Laser Show, in Brief

The show isn’t complicated in its execution. It’s 45 minutes of music & images broken up into several themed segments. A combination of laser-traced outlines and projected photos & videos are cast upon the mostly flat surface of the relief carving.

A good example of how this plays out is the “State of Georgia” sequence. Ray Charles’ recording of “Georgia on my Mind” accompanies laser-traced outlines of the state of Georgia, peaches, etc. “The Devil Went Down to Georgia” gets a laser-traced visualization complete with, you guessed it, the devil and a fiddler.

There are several other innocuous sequences along these lines: Frozen, dogs, college sports teams, etc. But the most important segments–and the parts that elicit the strongest audience reactions–are those that engage directly with the Civil War, American identity, and patriotism.

The laser show makes no attempt to tiptoe around its Confederate legacy. Instead, it directly addresses it, but in the most confounding way possible.

First, let’s focus on the music for this sequence: “American Trilogy,” a medley of “Dixie,” “All My Trials,” and “The Battle Hymn of the Republic,” sung by Elvis Presley.

This is a staggeringly loaded combination.

Elvis became the King of Rock & Roll by appropriating African-American music and making it acceptable to a white audience. 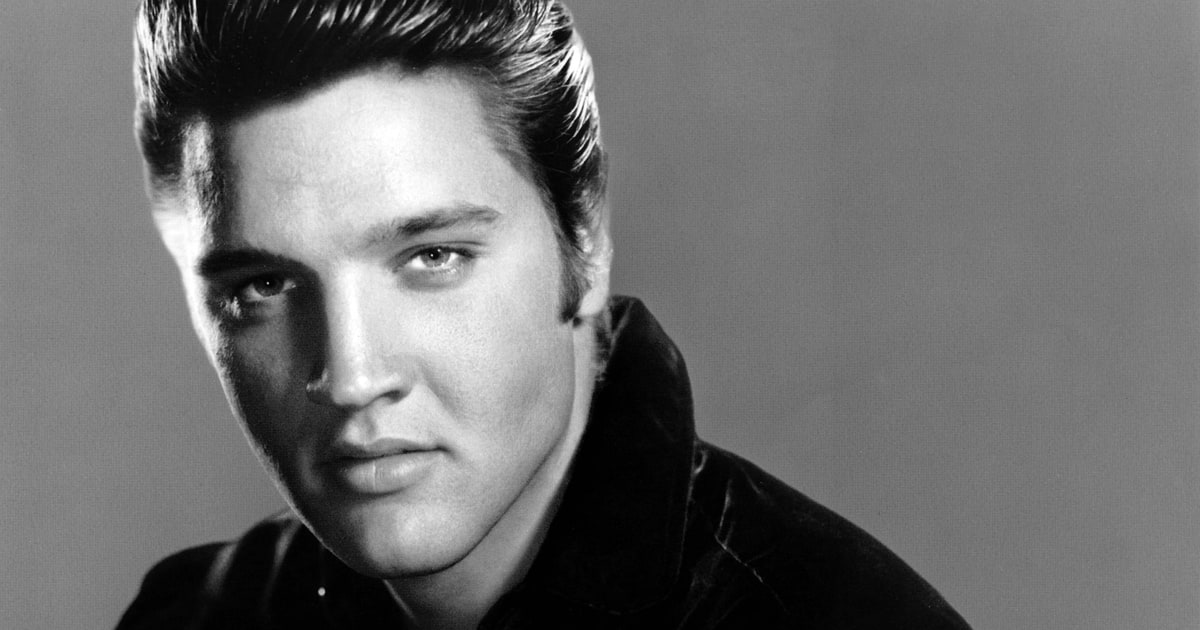 “Dixie” was the de facto national anthem of the Confederate States of America, and survives today as a defiant expression of Southern regionalism:

“All My Trials” was based on a Bahamian lullaby but rose to prominence as a civil rights protest song, largely on the basis of recordings and performances by white artists such as the Kingston Trio, Joan Baez, and Peter, Paul, and Mary.

And finally, “The Battle Hymn of the Republic” became a rallying cry for the Union cause during the Civil War and survives today as a general-purpose American patriotic song.

Feeling confounded yet? We’re just getting started. Here’s how the visuals play out:

Who and what is being celebrated here? What values is this show honoring? What is this confusing and contradictory, yet thrilling, mish-mash of sight and sound trying to accomplish?

We’ll attempt answer that in a moment. There’s no time for analysis now! My heart is ablaze with love of America! Or the South! Or…I don’t know but FOR SOME REASON THIS IS ALL SO EXCITING.

Believe it or not, the Civil War segment is just a warm-up for an even more confounding sequence: the “American Heroes” montage. To the tune of “Fanfare for the Common Man,” “A Hero Lies in You,” and “Go the Distance (Hero’s Welcome),” we see images from the broadest definition of “American Hero” possible. Everyday service professionals like soldiers, nurses, and teachers. Cops and firefighters on 9/11. Astronauts. John F. Kennedy. Martin Luther King, Jr.

That’s right, MLK. We see this image of MLK at the March on Washington… 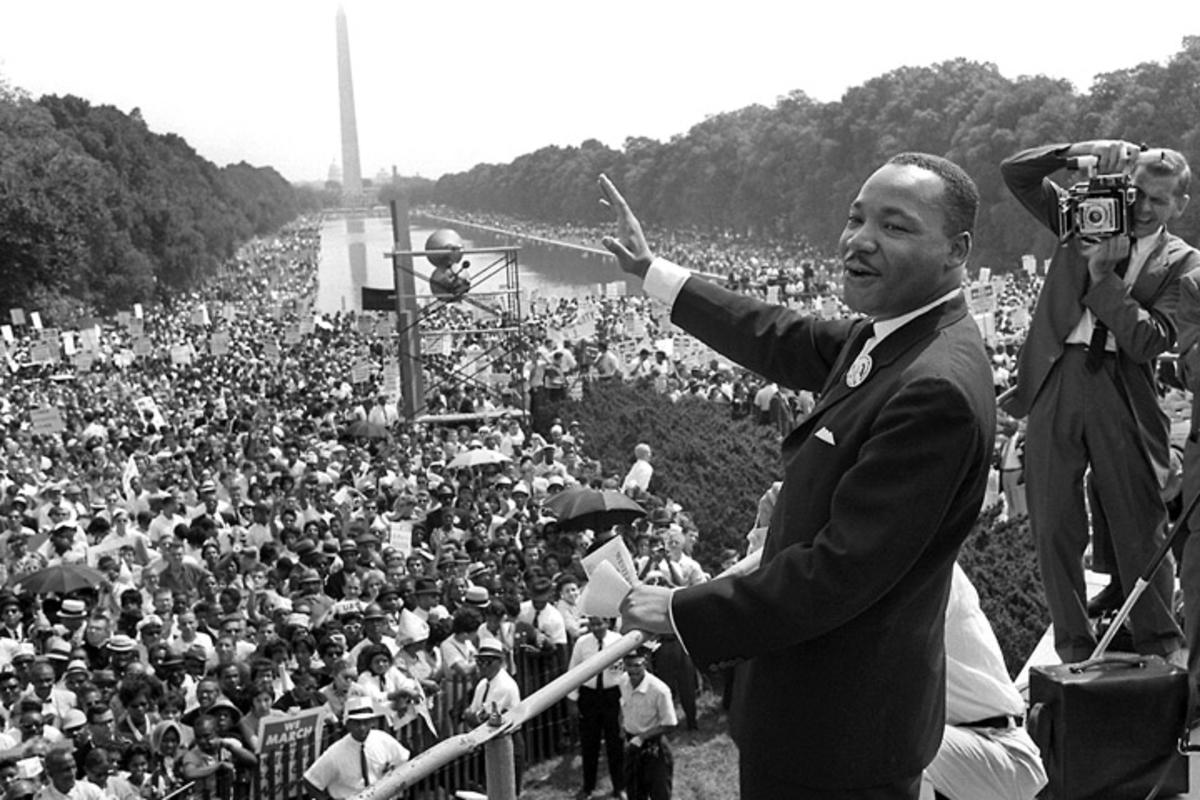 …superimposed on top of the carving of Confederate heroes. 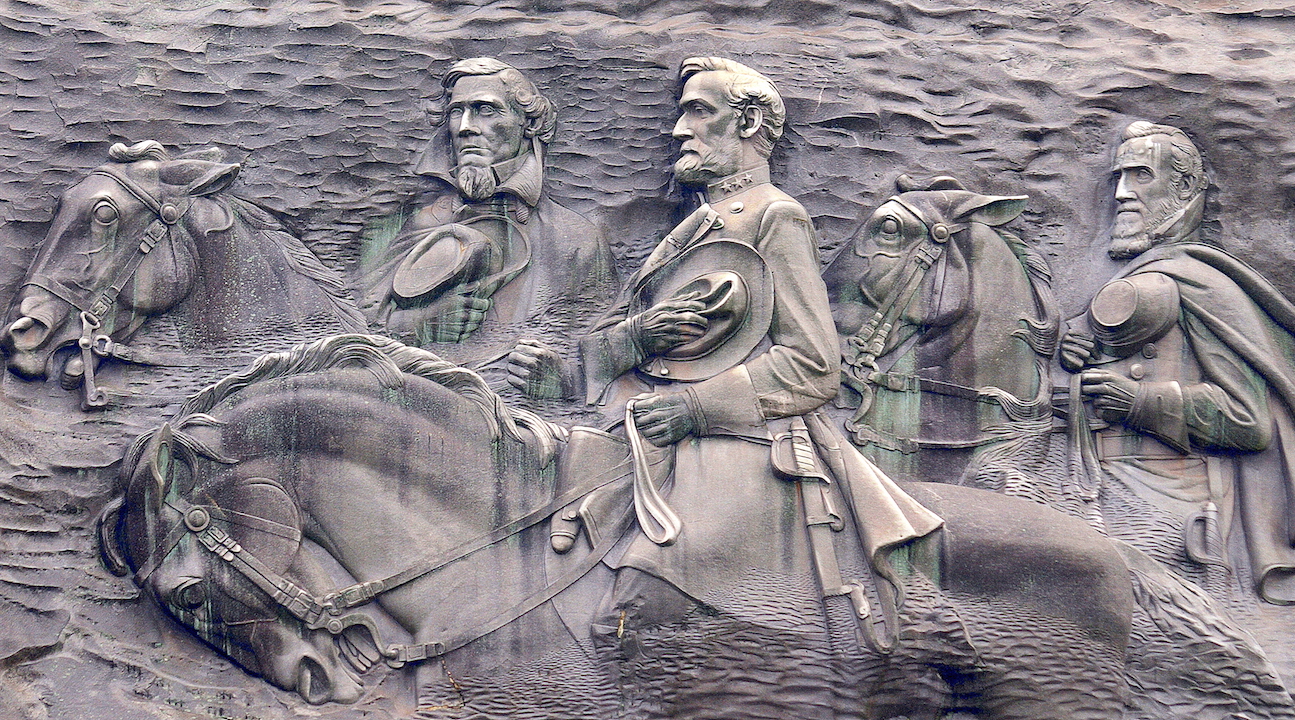 Who are the American heroes? Whose achievements are we celebrating? What values are we honoring?

What the fuck is going on here?

The grand finale of the show lacks the racial dissonance of the above segments, but is perhaps even more contradictory in its content. The soundtrack, a version of “The Star Spangled Banner” originally sung by Sandi Patty for the occasion of the 100th anniversary of the Statue of Liberty, is perhaps the least restrained version of the national anthem you’ll ever hear in your life. Just listen all the way through; you won’t regret it:

As if the music wasn’t enough, the visuals serve up the greatest hits of Americana: Iwo Jima! A bald eagle! The White House! Mount Rushmore! 9/11! And of course, FIREWORKS! AGAIN, THE CROWD GOES NUTS!!!

Beneath it all lies the image of three men who committed illegal acts of treason against the United States and waged open, ruinous warfare against its government.

Trying to Make Sense of All This

Let’s step back and put this in context. Stone Mount is a major tourist attraction in the Atlanta area. 4 million people visit the site every year; a fairly large portion of them watch the laser light show. The park is operated by a private company, but the site is owned by the State of Georgia and managed by a state authority. Given its scale and it status, it is both a reflection of what its constituency (tourists and Georgia state residents) wants to see, and a projection of what the State of Georgia considers a legitimate expression of cultural values. They give the people what they want, but they also decide what’s OK for the people to see in the show.

Part of that includes an acceptance of a revisionist telling of the Civil War that avoids normative judgments on the Confederacy’s white supremacy and instead emphasizes the nobility and legitimacy of the cause. Sure, they were slaveholders, but that wasn’t the point! It was about self determination and states rights! They were rebels, but so were the Founding Fathers!

The political decisions that endorse this view were made decades before anyone decided to point lasers at the mountain while playing pop songs, but the ongoing act of pointing lasers at the mountain for fun and profit reinforces those decisions. In plain terms, it puts the Confederacy in the same hopper as other broadly accepted cultural and historical ideas ranging from Ray Charles’ music to the Georgia Bulldogs football team to 9/11 firefighters to Dr. Martin Luther King, Jr., himself.

Ideologically and intellectually, the whole thing should be sickening, but we’ve had decades of acceptance of the “Lost Cause” myth to ward off that feeling. And besides, the laser show isn’t meant to be appreciated on an ideological or intellectual level. It works on an entirely visceral level. The crowd cheers images of their favorite sports teams, “heroes,” and fireworks with little thought going into it. The rousing music short circuits the brain and telegraphs precisely how we’re supposed to feel about the three Confederate heroes and the nobleness of their cause.

Which brings us to the 45th President of the United States, Donald Trump. 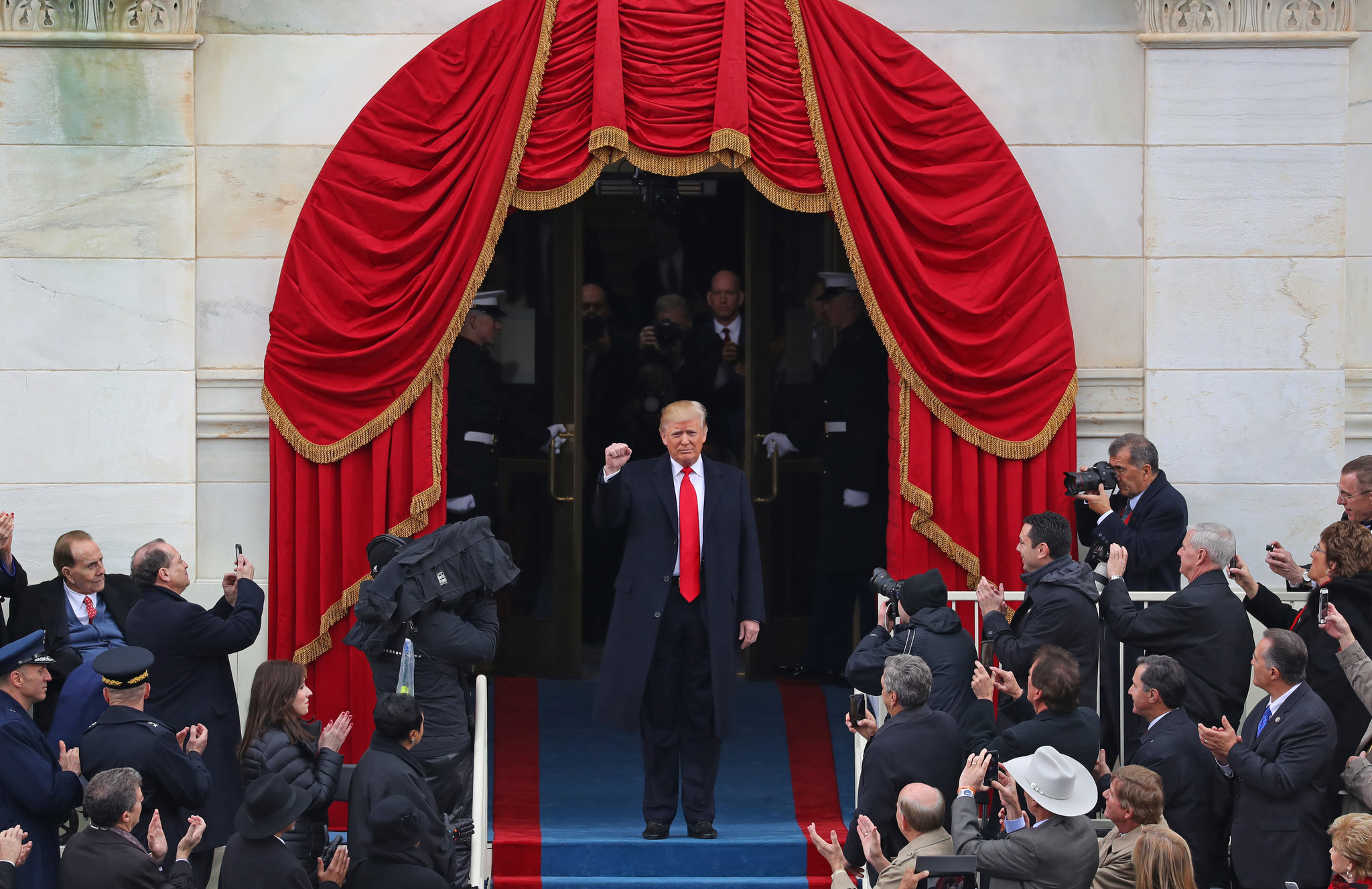 Trump is the human embodiment of the Stone Mountain Lasershow Spectacular.

Both are, on the outside, confused jumbles of bombast and visceral appeals to vague notions of American greatness. But beneath the sound and fury is a rock-solid foundation of centuries of white supremacy.

White supremacy was struck from the rule of law decades ago, and yet large swaths of America continue to accept symbols of its legitimacy all around us. Courts may have outlawed segregation, but the people choose to preserve Stone Mountain and keep coming to it: my Asian immigrant family, black people, white people, and yes, the Ku Klux Klan. This is nothing new. It’s always been here. Every day, for centuries, we paper over our horror stories with fireworks and Michael Bolton music.

So where do we go from here? It’s the year 2017: 154 years after slaves were emancipated, 52 years after the Voting Rights Acts was passed, and one year after Donald Trump proposed banning all Muslims from entering the United States.

It’s not so simple as just sitting back and condemning Stone Mountain. Instead, we are called to do the hard work of engaging with it. All of it. The sculpture on the mountain, the monstrous history that precedes it, and the not-so-monstrous regular people who come out and enjoy the show without giving it much second thought.

I guess what I’m trying to say about all of this–Stone Mountain, the Lasershow Spectacular, the stubborn persistence of Confederate symbols, Trump and his supporters–is that confronting all of this is complicated and difficult. There are no easy solutions. The problems run deep and wide. Trump didn’t happen overnight; he had centuries of normalization of white supremacy that came before him, Stone Mountain being just one of many aspects of that normalization. Everyone who attends the Stone Mountain Laser show isn’t a card-carrying member of the KKK, and yet, each entry ticket supports the normalization of their cause. Putting an MLK monument on the site may help some people to think twice about the notion of civil rights, but it may also further the convenient notion that the struggle belongs to the collection of past Great American Achievements along with the founding of the Republic, the Civil War that nearly destroyed it, and the music of Gladys Knight. Absent any other changes to the presentation, I fear that would be the case.

We need to do the hard work of engaging with our symbols and our fellow citizens on these difficult topics. I don’t know what the best way is to do that, but I must retain hope that eventually we’ll find a way and advance the cause of equal justice for all.

Because I’ll be damned if my children will come of age in a country where traitorous white supremacists still get the Star-Spangled heroes’ welcome.

(You can watch a video of the entire show from sometime in 2016 here.)