A long time ago, on a website not very far away, I made the case that the rivalry between different branches of the Imperial military, and between different officers within those branches, ultimately doomed the Empire:

The Emperor and Darth Vader enforce a system where only personal power and influence matter. Individual Admirals and Generals are shown early and often that to put any interest ahead of their own is a one-way ticket to force-choke town.

The Empire’s main opponent was of course the Rebel Alliance. Prior to Rogue One, we are never really given much of an insight into how the Alliance is organized, or what motivates the participants. All we really knew is that instead of being an “Empire” it was an “Alliance”: implying an organization of convenience, or an agreement between independent actors. 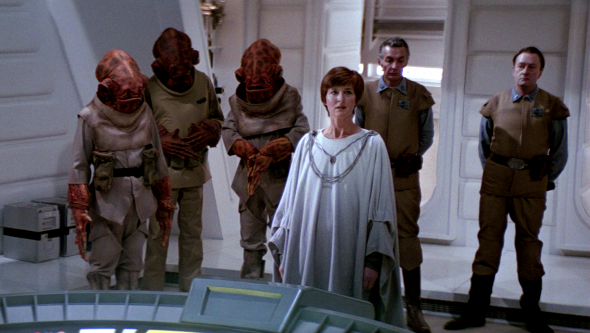 One thing has always been clear about the Alliance—it was a diverse group. While the Empire was dominated by white men with upper-crust accents and impeccably turned out uniforms, the Alliance has always been a ragtag array of all races, genders, and species. And with that diversity of background came, presumably, a diversity of viewpoints and interests.

Prior to Rogue One, these differences were always implied, but rarely shown. Indeed, by the events of Episode IV, the stakes against the Empire are clear, and the Rebellion’s efforts are fairly well consolidated. By Episode V and VI, the Alliance has turned into a fully functioning command structure, capable of executing complex plans involving multiple forces both above and on the surface of a planet or planets.

In Rogue One, however, the Rebellion is still nascent, and these diverse parties with their diverse viewpoints are brought to the forefront. When we are first introduced to the Rebels, they are bickering and in-fighting over what to do next. Indeed, many members of the Alliance are uncertain whether to do anything to oppose the Empire with military force at all.

What makes this scary for the Rebellion is that there is seemingly no central point of authority to resolve the disputes. Unlike the Empire, which has a clearly defined method of resolving disputes and making decisions, the Alliance is almost paralyzed by inaction. Even in the face of a potentially catastrophic threat, there’s no clear way of deciding on a plan of action.

This has some obvious downsides. From a political standpoint, it prevents unity of action. Saw Gerrera, for example, is a potential powerful ally. But he is seen as so “extreme” and out of control that he scares even the other more “respectable” Rebels. Indeed, he is so extreme that instead of working out their differences, the Rebels need to send what is essentially an undercover agent to do business with him.

This disorganization has tactical implications as well. Communication between disparate units is scattered and uneven. For instance, the squadron raiding the hurricane-planet of Eadu has no way of communicating with the squadron of Rebel infiltrators already on the ground. Instead of being able to call in fire support, the infiltrators are caught in the bombing.

But as we all know, that’s not what happened.

The loose nature of the Alliance, at times a nearly-fatal weakness, is what ultimately saves the Rebellion. Because when the Alliance Council makes a “final” decision not to retrieve the Death Star plans, the decision isn’t final at all. Jyn and her band of “Rogues,” armed with a better and more complete understanding of the vital intelligence they’ve acquired, decide to do the mission anyway. 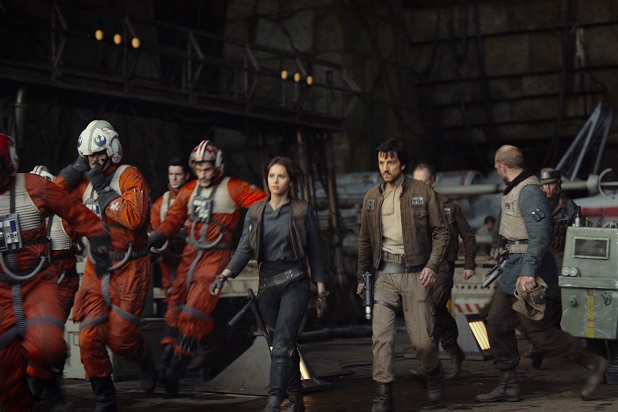 Even more so, when the mission begins to succeed, sympathetic elements of the Rebel fleet make their own independent decision to fly in to support the Rogue operation, eventually resulting in success. In the Empire, this sort of fractious decision making would be unthinkable. Disobeying orders is a sure way to get choked to death by a space wizard.

But in the Rebellion, an alliance of roughly equals, the principles can “vote with their feet.” This makes the Rebellion vastly more agile than the Empire, because the final decisions are made from the ground-up, by individuals with the best access to information at the moment. When Jyn makes her decision to go rogue, other stakeholders within the system have the freedom to follow her or not; once they see that the mission has a chance of success, they follow, despite the orders of the Council.

This has tactical advantages in addition to strategic. We see throughout Rogue One that individual Rebel units are capable of initiative that we would never see from a unit of Storm Troopers. When the Rogue mission sets out from Yavin IV, Jyn and Cassian don’t need to come up with a complicated logistics plan and brief it to the squad using HoloPoint – they just say “take everything that’s not nailed down” and trust that the squad will take what they need based on the information available at the time.

Throughout the battle, we see that Individual Rebels feel free to make snap-decisions and add improvisation to the overall battle plan. Bodhi, the defected Imperial shuttle pilot, for instance, comes up with his own plan, on the spot, to distract the Empire by calling false reports of attacks all over the base. 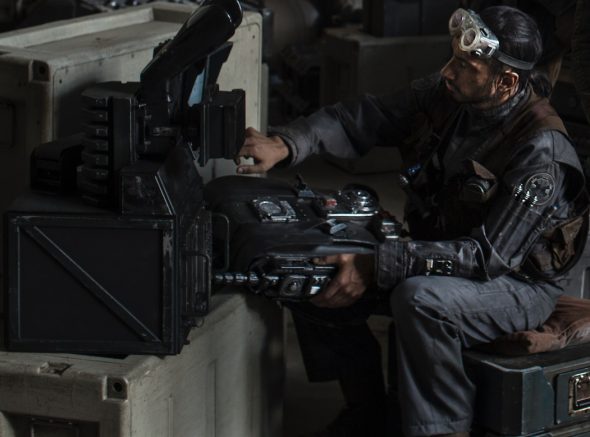 The Empire in Rogue One, on the other hand, shows yet again that its own internal dissension and inter-service squabbling is a fatal weakness. The top-down, cutthroat rivalry between senior officers of the Empire mean that when Tarkin and Krennic discuss their plan to recover the lost plans, they aren’t really talking about recovering the plans – ultimately, they’re fighting over who will get the credit.

This means that throughout the film, Krennic is acting more or less on his own – he appropriates local Imperial military units when he needs, but he’s the only high-ranking officer with a full understanding of the situation. Tarkin, meanwhile, is more than happy to take the opportunity to destroy the Death Star plans along with one of his most dangerous rivals for power.

The problem, of course, is that in doing so he seals the fate of the Empire – Krennic has discovered that the Death Star has a deliberately-engineered fatal flaw. If he had lived only a few more minutes and been able to get on a radio, he could have informed the Empire, and the flaw could potentially have been found and fixed.

The Empire, however, is too inflexible to survive. Contrast the decision of the “Rogues” to go after the Death Star’s plans with Tarkin’s actions in Episode IV:

Commander #1: We’ve analyzed their attack, sir, and there is a danger. Should I have your ship standing by?
Governor Tarkin: Evacuate? In our moment of triumph? I think you overestimate their chances.

More to the point, contrast the Rogue’s decision with the decisions by the unnamed “Commander #1.” This guy has figured out that the Death Star in vulnerable; that the Rebels flying trench runs at this very moment could blow the whole thing up. If the tables were turned and he were a Rebel, he might feel free to defy Tarkin’s orders – either ordering the abandon ship himself, or try to alter defensive tactics to mitigate the risk.

Instead, Tarkin’s orders are followed to the letter and everybody dies. 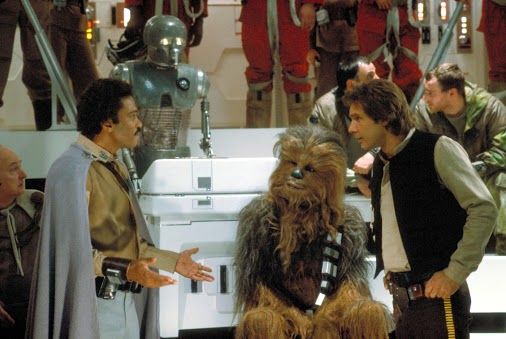 The Alliance is a fractious bunch of ne’er-do-wells and rogues, a disorganized squabble of different factions and races. But that very disorganization makes the Rebellion flexible. It makes them nimble. And ultimately, it lets them win.

5 Comments on “How Intra-Alliance Rivalry Saved the Rebellion”