Ben Adams: The original movie Westworld came out in 1973, which was a perfect time for it to appear: scifi was coming into its own (hence the robots), but the movie going audience had grown up watching pretty HUGE amounts of Western-themed films. So it was natural to think that if you could create a theme park with robots where people could live out their dreams, that park would be Western themed. But does that still make any sense? Westerns have been out of fashion for quite some time. Are there really that many kids (or even adults) whose wildest dreams are of the Old West?

So my question is this: what would the robot theme park of today really look like? And/or: what does it say that the show is about the Old West anyway?

Matt Wrather: One way to answer is to extend your premise and ask, what did WE grow up watching movies of? And the answer is, of course, Star Wars. And actually, from what I gather, the new Star Wars land at Disneyland will have some Westworld-like elements, including a personalized narrative that follows you from attraction to attraction.

To me it’s a no brainer. If I had to pick my fantasy adventure vacation, I’d much rather be blowing up the Death Star — or getting into blaster battles with storm trooper NPCs whose horrible aim is programmed into them — than listening to covers of Radiohead on a player piano. But the Star Wars universe is largely sexless, and maybe it’s the opportunity for all manner of licentious behavior that recommends the Wild West. It hits all four quadrants of the ‘Merica bracket.

Mark Lee: HBO was probably also banking on the fact that there have been relatively few western TV shows recently. In other words, the new product is well-differentiated from the marketplace. Thematically, though, the opportunities for sex and violence are a good justification for the western setting. The other setting that would provide lots of opportunities for both is medieval fantasy, and, well, HBO’s done that already.

So if we had the technical capabilities to make a theme park populated by robots, I think we’d see a Game of Thrones-type park before we’d see a western park. A Ren Faire with ye newe technology. 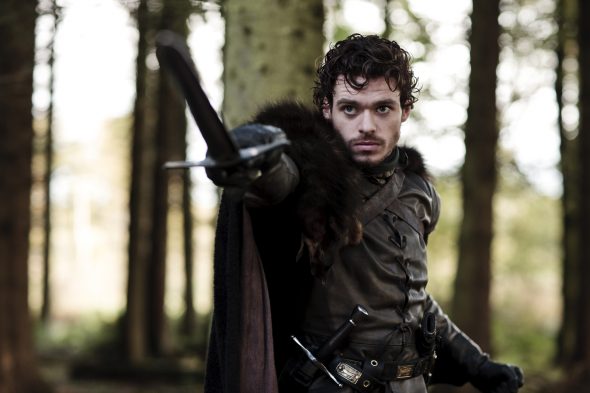 Adams: I’m not 100% convinced that a sci-fi setting is necessarily less conducive to sexy-times than a Western or medieval setting would. Correct me if I’m wrong, but the fantasy/knights/RenFaire genre was fairly staid and conservative until relatively recently: Game of Thrones succeeded on some level because the sex was a subversion of traditional tropes.

And while Star Wars is relatively sexless, science fiction as a genre has always been frankly obsessed with sex (see, e.g., the magazine/dust jacket cover of any science fiction magazine from the middle of this century).

Science fiction also has the ability to create park experiences that are more exotic (and as a result, presumably more desirable) to the park’s depraved clientele. Actually having sex with a green-skinned alien is probably a bad idea from a not-getting-infected-with-space-STDs angle. But having sex with a green-skinned sex robot that is programmed to ACT like all the ladies that Capt. Kirk hooked up with is an experience that I suspect would pull in a decent chunk of visitors.

Jordan Stokes: It’s worth noting that the original Westworld isn’t set in the West — not really. There’s an amusement park for adults called Delos that has three themed “worlds:” Roman world, Medieval world, and Westworld. All the robots go nuts, it’s just that the Yul Brynner gunslinger robot turns out to be the most dangerous.

Westworld is just a cooler title than “Medieval-world,” or “Attack of the animatronic Disney hall of presidents,” or “Michael Crichton Presents: Science is the Enemy (part xviii)”

But what Ancient Rome, medieval times, and the old west have in common is pretty much what people have been saying: we think of them as settings where life is cheap and sex is possible. (And yes: science fiction does seem like a conspicuous absence… Which is probably why the sequel, Futureworld, added an additional section of the theme park that’s set on a space station.) 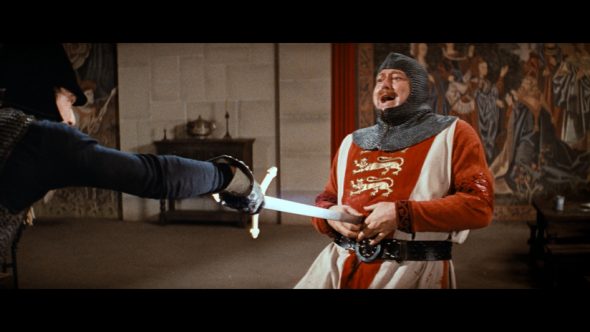 But when we think about the multiple themed worlds, it really does seem more like a satire of Disney. “What if Disneyland, but not family friendly?” A classier scifi writer would have stopped there. Because it’s Michael Crichton (who I love, but still), the thriller component needs to be squeezed in there somehow.

Lee: I like this idea of “cheapness of life” as a key metric for determining which time period to set your sex & violence infused theme park. It also leads me to the uncomfortable realization that there might be a demand for an Antebellum Southland theme park, where racist white people can have their way with slaves without consequences or public condemnation.

Stokes: Eeeeeeeek. And then we’re off to the races, of course. “Conquistador land!” “British Raj land!” “Inquisition land!”

Lee: Which brings us back to the question of “why Westworld is in the old west.” That context (and, for that matter, medieval times and ancient Rome) is protected by a thin veneer of cultural legitimacy, even though the cheapness of life and depravity of practices during those times are on the same level of historical eras that, for various reasons, we haven’t blessed with a certain level of approval.

Medieval times were bad, sure, but armor is shiny and magic is awesome! Romans were cruel, sure, but they built all those roads and aqueducts, and we’ve based much of western civilization on it! The west was won at the expense of Native Americans, but those noble white hats were fulfilling manifest destiny and spreading American civilization from sea to shining sea! The Conquistadors and Inquisitors, though? Eh, they were bad Spaniards who lost their empire and we’re kind of embarrassed by what they did. 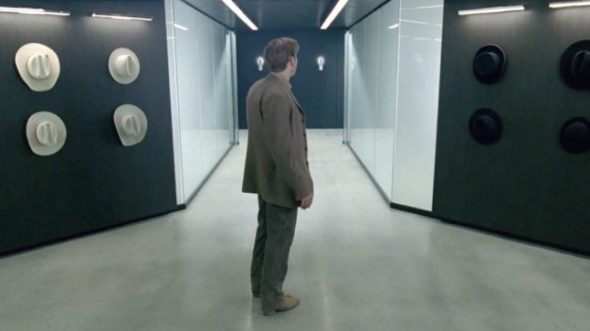 Adams: I think you’re on to something there. In the world of the show, that thin veneer of legitimacy would be extremely important from a marketing perspective – even if a guest WANTED to recreate the horrors of chattel slavery or the barbarity of the Conquistadors (and lets face it, there are plenty that would), that wouldn’t make it all of a sudden socially acceptable to GO to SlaveryLand. If the WHOLE PARK is devoted to depravity and moral horror, there’s no plausible deniability.

Your park needs to have both white-hat and black-hat story lines. That way, when you’re talking to your coworkers about your vacation, you can at least CLAIM you saved the damsel in distress and received a chaste kiss in return, when in reality you set the high score for damsels-tied-to-the-same-set-of-train-tracks while you were there.

9 Comments on “Why is Westworld in the West?”