In a world of superhero movies, sequels, and freaking Trolls, Arrival is a refreshing dose of smart sci-fi. (Anyone who hasn’t seen it should probably stop reading now – spoilers incoming.) It shares a lot of DNA with Close Encounters: the aliens with mysterious intentions, the government scrambling to respond and keep the public calm. Towards the end, it gives us a heavy dose of Interstellar: the time loops, the immeasurably advanced civilization giving us crucial knowledge to save our world. But for me, Arrival brought back fond memories of another thought-provoking sci-fi film: Bill and Ted’s Excellent Adventure. 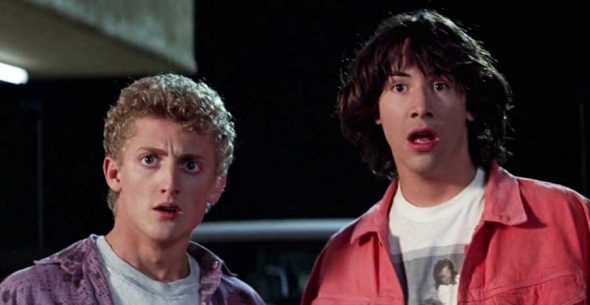 This 1989 comedy not only made Keanu Reeves a star, but it also presented a unique vision of how time travel could work (and I’m not talking about the basic premise of using a phone booth to kidnap Abraham Lincoln so you can ace History class). Towards the end of the film, all the historical dudes are locked in jail. To get them out, the boys come up with a genius plan:

Ted: Our historical figures are all locked up and my dad won’t let them out.
Bill: Can we get your dad’s keys?
Ted: Could steal them but he lost them two days ago.
Bill: If only we could go back in time to when he had them and steal them then.
Ted: Well, why can’t we?
Bill: Cause we don’t got time.
Ted: We could do it after the report.
Bill: Ted, good thinking dude. After the report we’ll time travel back to two days ago, steal your dad’s keys, and leave them here.
Ted: Where?
Bill: I don’t know. How about behind that sign? That way when we get here now, they’ll be waiting for us. (bends down and picks up the keys) See?

The concept is that when you’re painted into a corner in the present, you simply make a mental note to parachute in help from the future. It’s not surprising we don’t see the Bill and Ted trick used in more movies; taken to its logical conclusion, it removes all dramatic tension from the story. In Bill and Ted’s Bogus Journey, the boys are held at gunpoint and they just grin, knowing full well that future versions of themselves will make sure the gun doesn’t have any bullets in it.

Now, consider the climactic moment in Arrival. The world is on the brink of war thanks to the militant General Shang. If only there was some way to reach him and convince him to back down and cooperate for the greater good! But China has closed itself off from all diplomatic communications, so it looks like game over.

But Amy Adams’ character, Louise, has gained a fantastic ability through learning the alien language: she can access memories of things that haven’t happened yet. This is not time travel, strictly speaking; she can’t pass objects from the future to the past. But she can pass information, which is just as useful a lot of the time. She suddenly future-remembers meeting General Shang in person, and he tells her about how she resolved the crisis by calling him on his private number… which he then shares with her. And suddenly present-Louise knows Shang’s phone number, and she’s back in business. It’s exactly the same as future Bill and Ted hiding the key to help out present Bill and Ted. 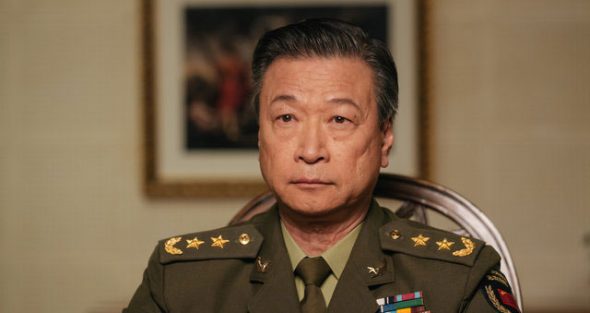 But I actually think the Excellent Adventure scenario makes more sense than the Arrival scenario. In Excellent Adventure, it’s very clear that their future selves can only help if their present day selves are the ones generating the ideas.

You could imagine the same scene unfolding with the falling trash can coming as a surprise to Ted, who then sees a “good luck” note from himself written on the side. Maybe the writers felt that things were too easy if the future selves are the ones taking the initiative. But I think the fact that the idea precedes the intervention is logically necessary to avoid a time paradox.

Consider the scenario where the falling trashcan surprises Ted. He realizes that his future self must have planted it, and resolves to do the same later to complete the loop. But then whose idea was it to place the trash can in the first place? No one’s. It’s no different than the classic paradox where you travel back in time to give yourself the plans for a time machine, thus resulting in a time machine designed by no one.

So back to Arrival. Whose idea is it to call Shang? Louise only calls him because she has a future-memory of having done so (moreover, she only knows what to say because future Shang tells her what she said). It’s a time paradox. The non-paradox version would have present-Louise wishing she could call Shang, and then realizing that if she later finds out his number she can then “remember” it in the past. In the future memory of their meeting at the U.N., Louise would then be the one to ask Shang his number, instead of him offering it to her. Functionally, it works the same. The crucial difference is that in this version, Louise comes up with the solution herself instead of just being told what to do in a “memory.”

Incidentally, when you Google “General Shang,” the first person you get is the male lead from Mulan. And now this song will be stuck in my head all day.

One Comment on “Arrival vs Bill and Ted’s Excellent Adventure”