(Spoilers for the Black Mirror episode “San Junipero” episode. Go watch it and come back.)

“San Junipero,” the excellent fourth episode of Black Mirror‘s third season, is part touching love story, part fun nostalgia romp, but mostly an audacious and thought-provoking statement on life after death. What if, before we die, we could upload our consciousness into “the cloud” and live forever in a virtual world? What if heaven were a place–more specifically, a data center–on earth?

Now that this earworm is in your head, let’s interrogate the ending of this episode: do newlyweds Yorkie and Kelly really live happily ever after in San Junipero? Or is something else entirely going on here? 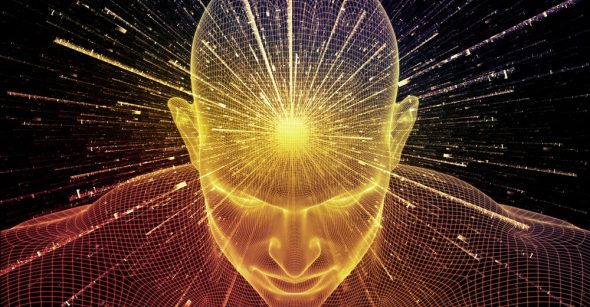 Can a consciousness be transferred from its biological host into a digital one? Obviously, nothing like this has been tried yet, but that hasn’t stopped plenty of people from speculating that this is possible. The idea is that consciousness is the product of an individual’s neural activity, and if all of the “data” in a brain (memories, thought patterns, etc.) could be “copied” into a digital realm, then consciousness could persist indefinitely. It’s analogous to swapping out the hard drive from an old, malfunctioning computer and sticking it into a new, state-of-the art model: its programs, data and AI are all just as they were before, just running in a different host.

All fine and good, but here’s the thing: we have no way of knowing that the versions of Kelly and Yorkie in San Junipero are actually conscious, in the sense that they possess self-awareness. They could just be perfectly rendered simulations of Kelly and Yorkie: “philosophical zombies” to any outside observer, who would be none the wiser.

The same conundrum actually applies to us in our daily lives. It’s called the “problem of other minds“: the only way any individual knows they’re conscious is that they experience it directly on their own, yet cannot observe that directly in others. In other words, I might be conscious, but everyone else I encounter might just be an android, or a rendering in a digital simulation.

Do They Have Souls? 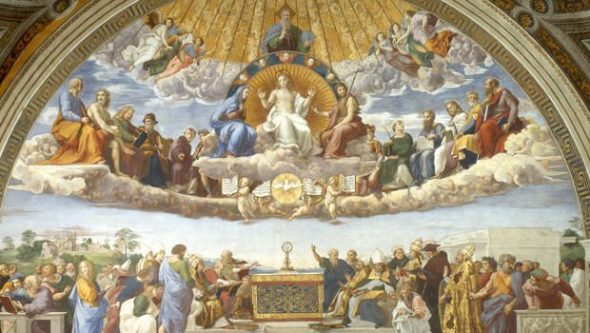 As if consciousness weren’t problematic enough on its own, let’s layer on top of that the immortal soul. For the sake of this discussion, let’s focus on the Christian concept of the soul, which posits the soul as an individual’s metaphysical essence that’s hosted in a physical body while still being its own distinct thing. After a person dies, the soul has eternal life in heaven or hell (maybe purgatory if you’re a Catholic) while the body just rots away on earth.

“San Junipero” makes no mention of the soul, the Christian afterlife, or religion. But what if Christianity is right, and Kelly and Yorkie have immortal souls? What happens when they pass on? Can a soul be uploaded into the cloud?

The episode strongly suggests the notion that Kelly and Yorkie have indeed achieved eternal life in San Junipero. Their self-aware digital consciousnesses live together in marital bliss. Further, there are no metaphysical souls to take into account. If they had died and not passed on into the digital afterlife, their consciousnesses would have terminated along with their physical beings. But instead, the entirety of their beings are held in San Junipero.

This all fits neatly into the expertly crafted one-hour standalone television episode, and it’s the most satisfying interpretation. But this being Overthinking It, we can’t stop there. Let’s explore the more problematic possibilities.

While Kelly and Yorkie are still alive, they experience San Junipero as conscious beings, jacked into a virtual world. When Yorkie dies, her consciousness dies with her, but her neurological activity is uploaded into the cloud to create a digital simulation that acts exactly as she would. The simulation (i.e., the processor cycles and code in TCKR ‘s Systems’ data center) lacks any self-awareness of its own, but for Kelly, who’s still alive, this is a distinction without a difference. She interacts with Yorkie’s simulation as if it were a self-aware, conscious being. Likewise, when Kelly dies, her simulation interacts with Yorkie’s simulation as if they were both self-aware, as it would appear to any outside (living) observers visiting San Junipero.

If everyone’s consciousness terminates when they die, then the promise of eternal life in San Junipero is a massive lie. It’s not explored in the episode, but it’s easy to imagine that it costs a lot of money to pass over. Eternal life that depends on the world’s most sophisticated computing platform? There would be practically no ceiling for demand, with plenty of justification for limited supply. Multi-million dollar estates may be liquidated to gain access to San Junipero. And for what? Just to become an NPC for old people to interact with for a few months before they, too, are digitally transformed into NPCs? Heaven may be a place on earth, but only for TCKR Systems’ stock price.

Let’s assume that Christian theology around the soul is correct, and that our God-given souls are the vessels for our consciousness. Can the soul be uploaded into the cloud?

After all, what difference is it to the soul if its host is a collection of biological neurons versus perfect digital equivalents of neurons? If this is the case, we’re back at something like Scenario A, but with the added problem of souls never reaching the Christian afterlife. God never gets to cast sinners into hell or reward the virtuous with eternal life in Heaven. St. Peter’s processing queue gets a lot shorter.

At least until the Last Judgment, when (at least according to Catholic theology) Jesus comes back and renders final judgment on all souls, including those who’ve been in San Junipero, avoiding the inevitable.

But what if the soul can’t get uploaded into the cloud? Then we’re left with something similar to Scenario 2: digital zombies populate San Junipero, while their souls pass on to God’s judgment as if San Junipero never existed, but with a dark twist: your immortal soul knows that you were scammed by TCKR Systems. Instead of feeling the sand between your toes on the beach in San Junipero, you feel the heat of eternal hellfire. Damn it!

Scenario N: Something Else Entirely

These scenarios are just what you get when looking at this problem through the lens of Christian (more specifically, Catholic) theology and with the general poverty of knowledge that we have about the fundamental nature of our existence. We have no idea what lies in the Great Beyond. What about reincarnation? Does San Junipero disrupt the reincarnation cycle by effectively reducing the number of souls in circulation? Or for that matter, what about some other model for the afterlife that no human has imagined thus far?

But while our knowledge of life after death remains frustratingly limited, our digital capabilities keep increasing. Computers have passed the Turing test, meaning it’s now possible for AI chatbots to effectively impersonate humans. Social media and the internet may be fundamentally rewiring our brains and how we process information. Augmented and virtual reality may soon render moot the question of what’s “real” versus what’s an artificial external stimulus. Technology is challenging the very fundamentals of what it means to be alive (which is what Black Mirror is all about). So it’s no surprise that technology can someday challenge the very fundamentals of what it means to be dead.

3 Comments on “San Junipero is a Place on Earth: Black Mirror and the Afterlife”