25 years ago, in October 1991, a new age of gaming dawned. Sid Meier’s Civilization debuted on the PC, and gamers around the world found that they could settle their own city and begin building their own civilization from scratch.

The timing of Civilization‘s release was auspicious: 1991 was the official end of the Cold War. A great clash of two massive power bases had seemingly ended. The West had won, the Communists had lost. The End of History was upon us. 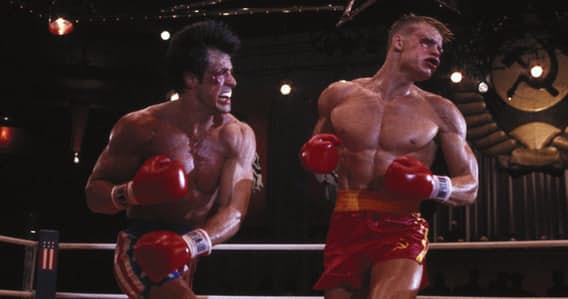 And here came this game, allowing anyone with a desktop to build their own nation-state and set about conquering the world. It’s hard to believe that the game might not have come off a little quaint, only slight more up-to-date than Oregon Trail – the walls were all coming down, the world was shrinking, and the need to race up the tech tree just so you could smash your opponent into bloody bits may have seemed like a nightmare of the not-so-distant past.

With that in mind, it might be useful to take a look at how Civilization has changed over its 5 (soon to be 6) iterations, and see how the changes in the world have been reflected in the changes in game mechanics.

(Note: I’m focusing on the numbered iterations of Civilization (I, II, III, IV, V and VI), and ignoring the various spinoffs and expansions) 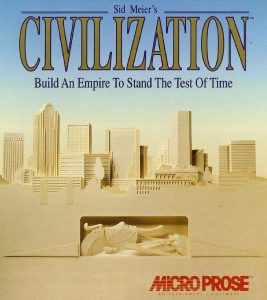 Government: From a Clash of Civilizations to a Web of Ideas

In Civilization I, you can develop and experiment with different kinds of Government, weighing the various trade offs inherent to each system. In the original game, you had only six options: 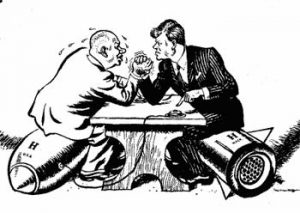 These were organized in a rough tech tree, with Communism and Democracy being the last two governmental technologies. For a game designed in the shadow of the Cold War, this made a lot of sense: all roads led to one of two places, and everyone had to choose their side.

Of the final two technologies, each had their costs/benefits:

Civilization II came out in 1996 – notably, after the first WTC bombing and the first stirrings of the war on terror. So it is perhaps unsurprising that the game added an alternative late-game option of “Fundamentalism,” a religious-based government that allowed a huge military buildup and increased tax revenue, but at the cost of basically all technological development. As a player, I basically always just used democracy to race up the tech tree as fast as possible, then switch over to Fundamentalism as soon as I got howitzers and stealth bombers. Democracy is all well and good, but you can’t beat 10 free units/city. 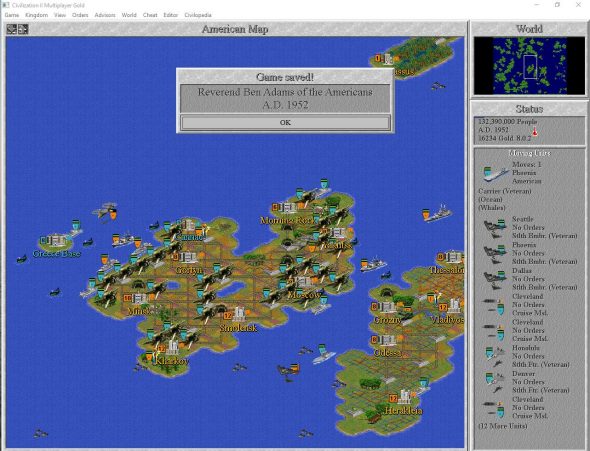 The end of MY Cold War

The bipolar world of Communism v. Democracy had been upset a little bit, and things would only get more complicated from there, with the addition of Feudalism and Fascism in Civilization III.

Indeed, our understanding of Government became sufficiently complicated that the entire game mechanic changed for Civ IV: instead of just one Government type, the game  relied on five interlocking systems of “Civics” (Government, Legal, Labor, Religion, and Economy). Civ V similarly relied on a complex system of “Social Policies.”

The pattern is clear: what began as an essentially bipolar clash of ideas ended in an understanding that each nation is a complicated mess of cultural and political factors, each of which is at least partially independent from the others.

Our understanding of, and relationship with, the People’s Republic of China over the last 25 years is an excellent example of this phenomenon. In 1991, if you’d asked someone what kind of “Government” the PRC has, the answer would have been easy and clear: Communist.

The evolution of Governmental systems over the 25 years of Civilization represents a microcosm of our political thought and a more nuanced view of political power – a trend we can see elsewhere in the game’s rules. 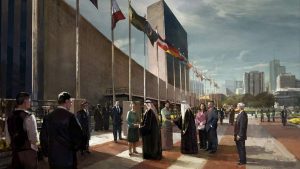 One of the key mechanics of Civ games is the concept of a “Wonder of the World” – extremely expensive improvements that could be built by only one civilization, but yielding comparatively powerful benefits.

From the beginning, one of these Wonders was the United Nations.

And in the earliest iterations of the game, the UN had an interesting effect: whoever holds the UN gets automatic offers of peace from nations with which you are at war. For an international body that’s supposed to be a neutral ground for all nations (or at least for permanent Security Council members), the UN was cast in the same bipolar model as above: someone was getting an advantage out of it.

This is notable because you could imagine the UN as being just a capstone piece, or maybe boosting trade to your city or something. This is probably closer to the actual benefit the US gets out of having the UN in New York: it’s good for trade and tourism, and it gives us a lot of prestige, but in terms of actual political power the effect is relatively minimal.

For Civilization, however, the UN had to be something that helped you win. Because that’s the thing about Civilization: it ended. If you told someone who wasn’t familiar with Civilization how the game worked, you would probably say something like “Oh, it’s Sim City, but instead of building a city, you get to build a nation.” But the two games have one key difference. Civilization is a game that is designed to be won. Unlike pure “simulation” games, where the joy of building was the only reward, a game of Civilization ends, and someone wins – not really the way we traditionally think of building a nation.

And in that world, something like the UN can only be built for the advantage of one side or another. 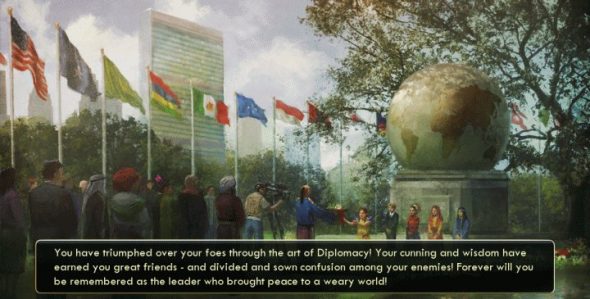 Over time, however this view softened somewhat. Starting with Civilization III, the United Nations no longer forced nations into peace with whoever owned it. Instead, building the UN introduced a new way to “win” the game: a so-called “Diplomatic” victory.

This represents a drastic shift in thinking about “winning” as a nation. Instead of a zero-sum game in which my gain is your loss (and vice versa), even at the UN, it became important to maybe get some allies to help you out from time to time.

For all the political pessimism above, Civilization deserves credit for one consistent strain of optimism: the dream of colonizing space.

In every version of Civilization, one of the ways to end the game has been to send a colonization ship to Alpha Centauri, expanding human civilization to the stars, presumably to guarantee our heritage in perpetuity.

For a game with its roots in Cold War bipolarism, this is perhaps unsurprising: despite the feverish pace of the Space Race in 60s, space programs were among the first places of real cooperation between the US and USSR, leading to joint missions as early as the 70s.

With that in mind, we’re reminded that the idea of “winning” at nation-building becomes at least a little more optimistic: kill or be killed aren’t the only options. Maybe we can go to space instead.

And that’s a pretty good message for a video game. 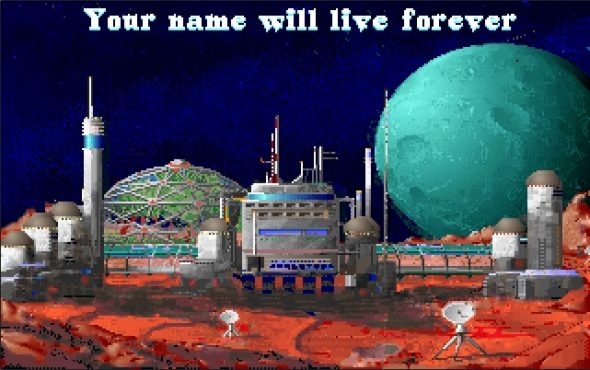 3 Comments on “Civ25: The Changing Stakes of Civilization”