Let’s say you were not a fan of Gawker, which ceased publication Monday after declaring bankruptcy in June. (Full disclosure: I was a longtime reader and I sometimes fantasized about making fun of things for a living.) It could certainly be smug, mean-spirited, frivolous, and self-indulgent, often within the same post. It was quick to think the worst of people and to smear with the broadest brush. (Last year, they attacked Reddit, a largely self-moderated collection of thousands of message boards, as “a place for cowards, run by cowards.”) And yet when its own feet were to the fire it whined about how nobody could look past the muck and see the good it did.

The circumstances of the site’s downfall aren’t exactly sympathetic. There was the original sin of outing tech billionaire Peter Thiel, which laid the seeds of a years-long vendetta. There was the fatal decision to publish video of Hulk Hogan in bed with his friend’s wife, which is a hell of a strange hill to die on. And there was Gawker’s cringeworthy behavior in court, which culminated in former editor A.J. Daulerio saying that he would only draw the line at publishing a sex tape featuring a four year old. For many, the whole thing has an old-timey morality play feeling, the tabloid bully getting its comeuppance in the most ignominious way possible. 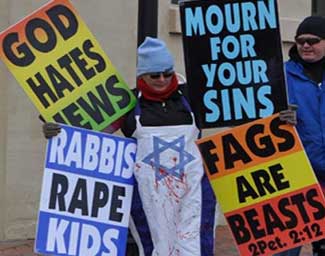 So let me grant you, for the sake of argument, that Gawker is nothing but a bunch of bottom-feeding muckrakers drinking their craft beers in Williamsburg while they exchange mustache-grooming tips and invent ironic hashtags. I just want to remind you that your speech is only as free as Gawker’s. The first amendment is rarely about what The New York Times does. It’s about what the Westboro Baptist Church is allowed to do. I see those spiteful assholes picketing funerals and it makes me deeply ashamed to be an American; it also makes me fiercely proud to live in a place where they can’t be silenced. The title of this post is a reference to The People Vs. Larry Flynt, the 1996 movie that made the repellant publisher of Hustler into a liberal saint for his indefatigable (and self-serving) defense of free speech. I love that movie.

It’s clear that Gawker isn’t going to be seen as a martyr for the first amendment the way Flynt was. For one thing, Flynt’s opponent was the Christian Right, a nice soft target for progressives. Gawker’s target, on the other hand, was privacy, something that enjoys bipartisan support. Privacy is certainly something we shouldn’t surrender without a fight. We live in an age where the NSA can read our emails, Facebook can sell our personal data, and a vengeful ex can ruin a woman’s life with a couple nudes. The right to have video footage of ourselves having sex kept off the internet seems hard to argue against. 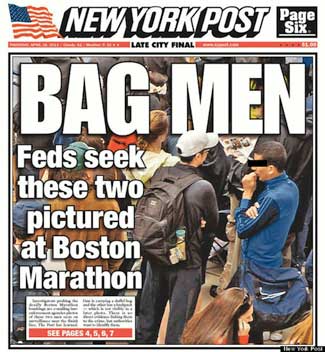 But attaching a nine figure sum to one man’s privacy will have ripples. Gawker wasn’t brought down for a clear journalistic sin like making up sources, which Stephen Glass committed at The New Republic and Jason Blair at the New York Times, or plagiarism, which Fareed Zakaria committed at Newsweek, Slate, and the Washington Post, or being recklessly wrong, like the New York Post was when they smeared innocent men as suspects in the wake of the Boston Marathon bombing. None of those publications have been sued out of existence, nor does anyone believe they should be. Gawker’s crime was much more subjective: they Went Too Far. And even if you believe that they really DID go too far, you should worry about the precedent this ruling sets.

I promise you that Gawker is going to be a ghost story they tell at journalism school when they’re all gathered around the campfire. If a jury can be convinced you Went Too Far, the fact that what you printed was 100% true will not protect your job, your friends’ jobs, or even the money in your personal bank account. (A. J. Daulerio is still going to be living in a cardboard box 20 years from now, sending Hogan the loose change he makes panhandling.) Journalists are paid to be rude, to ask impolite questions and go poking through dirty laundry. A judgement that puts a chilling effect on that might seem like a net positive when it’s all of our potential sex tapes in the balance… but what if it isn’t a sex tape next time? 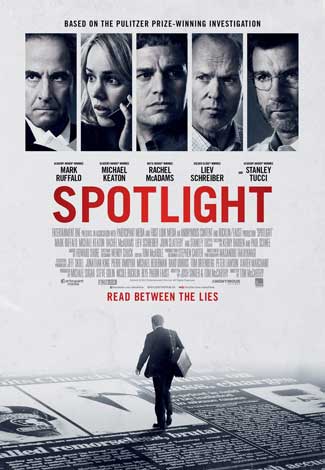 The more you crack down on the “bad” kind of journalism, the less Spotlights you get.

Let’s say it’s health information about Hillary Clinton or Donald Trump (pick whichever one you find most compelling for the sake of argument), or discriminatory lending policies at a bank (don’t forget corporations are people too, my friends, so why shouldn’t the Hulk protections also apply to them). Invent your own scenario in which a media outlet finds out something about a rich and powerful person. Don’t you think what happened to Gawker will cross their minds before they hit Publish? And even if they were sure the public’s right to know outweighs the celebrity’s right to privacy, is their publisher prepared to spend years in court, where the best case scenario is that they’re only responsible for millions of dollars in legal fees?

Of course, it’s easy to be a free speech maximalist when it’s not grainy video of your penis on the line. I’m a heterosexual white male, which means I’m generally not a target for abuse (although some of the Eurovision commenters had hurtful things to say about my hair). And if my loved ones were getting harassed, I probably wouldn’t be so patriotic about people’s right to post anonymous Tumblr comments. I also wouldn’t have Peter Thiel-level resources to do anything about them. That’s another caveat with the right to privacy; it’s largely hypothetical unless you have the money to go to the mat, which means it’s another umbrella for the rich and powerful that leaves the rest of us out in the rain. So between more free speech and all the privacy money can buy, I’d take free speech, warts and all.

Maybe Gawker deserved to be punished. I’m not so sure it deserved to get sued into bankruptcy. Certainly it’s poetic justice to treat its demise with the same snarky schadenfreude they dished out to so many other institutions over the last 13 years. But whether or not you feel like Gawker got its just desserts, remember that the lesson many journalists will learn is that pissing off billionaires is an even worse career move than you’d imagine.

Or read more from… Culture, Featured

3 Comments on “The People vs. Gawker”